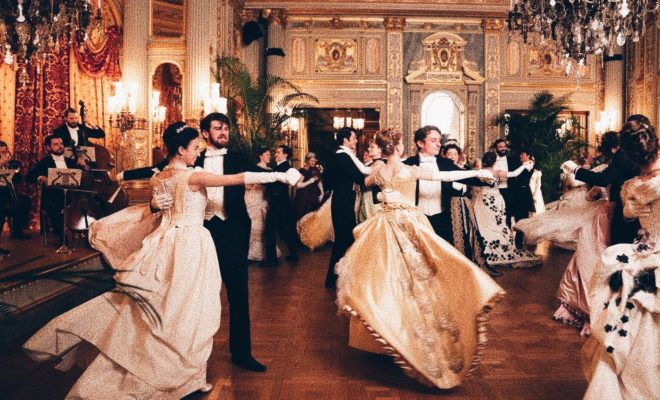 Get Ready To Witness The Return Of Grandeur With Met Gala 2022’s Theme ‘Gilded Glamour.’ Anthony Bridgerton, We Hope To See You There!

The biggest event of all time, Met Gala is one of the most anticipated events this year. With the world’s most popular celebrities walking the scintillating carpet in the year’s theme, the world of fashion can’t help but wait for the golden moment to arrive. Churning out some spectacular looks, stars will arrive for the big gala on May 2, 2022. Yes, that’s right!

But Wait, What Is The Year’s Theme?

Met Gala and its connection with grand themes have never skipped a successful season. Returning after its September 2021 exhibit titled–In America: A Lexicon of Fashion, the Metropolitan Museum of Art in New York will again turn host for its upcoming round– In America: An Anthology of Fashion, which will feature an interesting roaster of designers, catering to diversity and a mix of contemporary and cultural roots. The theme as announced for the year is ‘Gilded Glamour,’ which might sound familiar to many Bridgerton fans. A chance for celebrities to wrap themselves in attires that narrate the tale of America’s most influential era in history, Gilded Glamour will pay homage to the year of massive industrialisation and economic growth. From high-on pearl designs, silk, and satin to lace details, stars are expected to dig a layer deep down in historical soil to churn out some head-turning designs.

What Is Gilded Glamour?

A term coined by celebrated American writer Mark Twain–Gilded Age, was a significant time period from the year 1870 to 1890. Known as New York’s–Golden Age, the time period witnessed the rise in elite style and the widening gap between the privileged and underprivileged. Paving way for inventions, the year turned audience to many discoveries like– Thomas Alva Edison’s light bulb, and Alexander Graham Bell’s 1876 telephone, amongst others. A significant year for not just high-rise buildings but a larger percentage of women entering the office setup, and connecting with the world of fashion, through the launch of fashion editorial giants like–Harper’s Bazaar and Vogue. The shift in culture and architecture was loud and visible, with new money kicking in.

Flipping the pages of past, Gilded Glamour is a heartwarming ode to the year of change, which in many ways mirrors the current time of a post-pandemic era. In terms of clothing and style, Gilded Glamour finds its style twin in the famous regency core era, that swings along with the tunes of the early 1800s. And don’t be surprised if your favourite stars turn up in their versions of Bridgerton‘s lovely Kate Sharma and our favourite Lord Anthony Bridgerton. With luxurious fabrics like–silk, velvet, and satin finding a way in almost every piece, grand ruffles and awfully-tight corsets will rain on the red carpet. Well, opera gloves have already found a fan base of their own, many will be seen tucking floral and feather accessories in their long locks, with pale pastel ribbons sweeping on the way.

Travelling back in time to the charm of soirée appropriate dresses, women from the gilded age would always mark their appearance in larger than life silhouettes, cropped out of a mix of fabrics and embellished with the finest embroideries, something we’d term today as–extra.

Not just the excessive tailoring, but colours were too meant to spill magic of their own, with jewel tones ruling the palettes of many. But as the years progressed, the idea of purpose crawled into closets. Leading XXL balloon, mutton sleeves shrinking down to delicate frills and massive tulle gowns replaced by waist-length blouses and elegant skirts. For men, hats and long tail-coats, became essential outerwear with frilly high-collared shirts as a display of the era’s extravaganza. With fashion indeed turning as a representative of one’s class and social status, maximalism was at its peak in the era with silent tags worn by New York’s biggest socialites and elites. 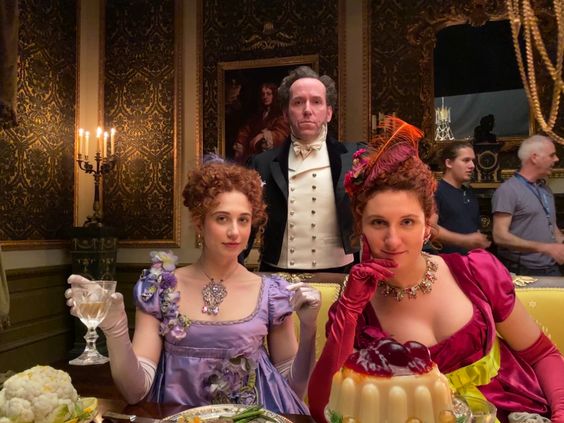 In a time when shows like HBO’s The Gilded Age and Netflix’s Bridgerton have already made space in almost every home, this year’s Met Gala theme will be both tricky and interesting for celebrities to experiment with. However, grandeur will not go missing on the red carpet, this time it’s a must-have stitch as declared on the invitations as well. With the slightest mention of “white ties” Met Gala has confirmed that it’s looking for only the season’s diamonds to walk. 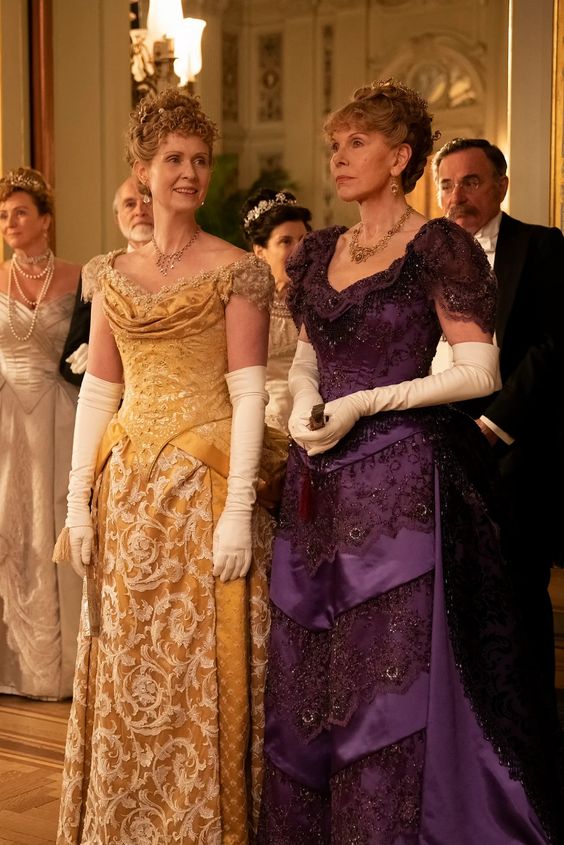 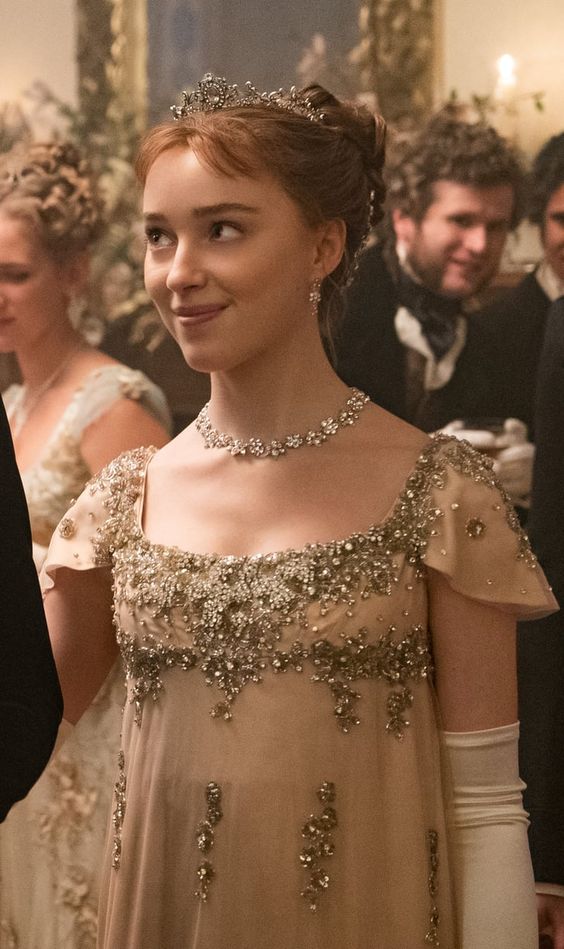 Also Read: Blake Lively And Ryan Reynolds Will Turn Hosts At This Year’s Met Gala. Here’s Who Else Is Joining Them

Mirroring the era gone by, stars are expected to also pay special attention to their designer jewellery needs. Especially because the golden era is reminiscent of the famous Tiffany’s successful idea of selling grandeur. In an attempt to remember America’s history makers in design, the theme in many ways will allow attendees to exhibit vintage that is cool. I feel the term has been an underlined theme of the year already, as we saw celebrities like Olivia Rodrigo, Lady Gaga and Kristen Stewarts walking in old-school glam, at the Critics Choice Awards, and Grammys alike.

However, my favourite Zendaya has declared her departure from this year’s Met Gala (only this year, guys), I can’t wait to witness the style war at the big event.

Also, to be noted

The hosts of the special evening, celebrities like Blake Lively, Ryan Reynolds, Regina King, and Lin-Manuel Miranda have been roped in as the event’s official co-chairs. The two-part exhibition will witness a stunning display of 100 garments by independent designers from the 1800’s up until the 1900s. Showcasing the periodic style, every room will feature “freeze frames” to speak about the distinct aesthetics of film directors like– Chloé Zhao, Julie Dash, Tom Ford, Regina King, Martin Scorsese, Autumn de Wilde, Janicza Bravo and Sofia Coppola.

Wait, But Where Can You Watch It?

You can catch all the red carpet fun hosted by Vanessa Hudgens, La La Anthony, alongside Vogue on May 2 from 6 p.m. E.T. (May 3, 3:30 a.m. IST) onwards on Vogue India’s digital platforms including Instagram, Facebook, and Twitter.

Deepika Padukone Turns Muse For Louis Vuitton At The 59th Venice Biennale. Well, Our Leela Is Rocking And How!