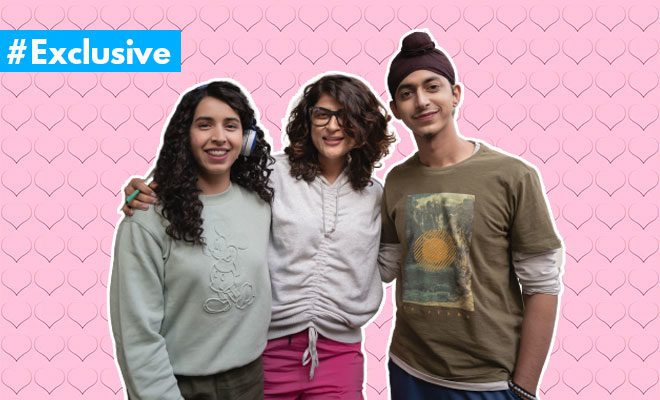 It’s Monday, and Feels Like Ishq, the new romance anthology form Netflix, has been released for an entire weekend now. And if you are a romance lover like me, chances are, you’ve probably seen it. The six-part series features six stories that drop us into a day or time period in the lives of six couples, as they meet and starting experiencing these emotions that, well, feel like ishq! They could be true love, or they could be a summer fling, or simply a beautiful encounter with a stranger that might not go beyond that meeting. But it brings up all sorts of warm, mushy feelings! One of the episodes, ‘Quaranteen Crush’ directed by Tahira Kashyap Khurrana, evokes the feelings of experiencing your first ever crush. Remember that? But she and writer Gazal Dhaliwal add a contemporary twist to it—it’s set in a pandemic struck Punjab!

Mihir Ahuja and Kajol Chugh star in this cute si love story that unfolds over a 14-day period of quarantine. And I dare you to not gush over just how adorable Maninder is or how instantly endearing Nimmi is! There’s also Maninder’s parents—his mother, who stars in her own cooking vlog ‘Tadke Ki Maharani’, and his father, a lingerie salesman who is forced to work from home—adding some comedy ka tadka to it. And there’s music—some really beautiful and simple music, which plays Cupid and brings Maninder and Nimmi together! Love in the time of coronavirus and social distancing, brought about by a mutual love for music? I mean, what’s not to like, right?

In a fun chat with director Tahira Kashyap Khurrana, and the actors Mihir Ahuja and Kajol Chugh, I talked about evoking those fuzzy feelings of first love through their story, what went into playing musicians on screen, and the lovely music of the film which includes a nice surprise for fans! Read on! 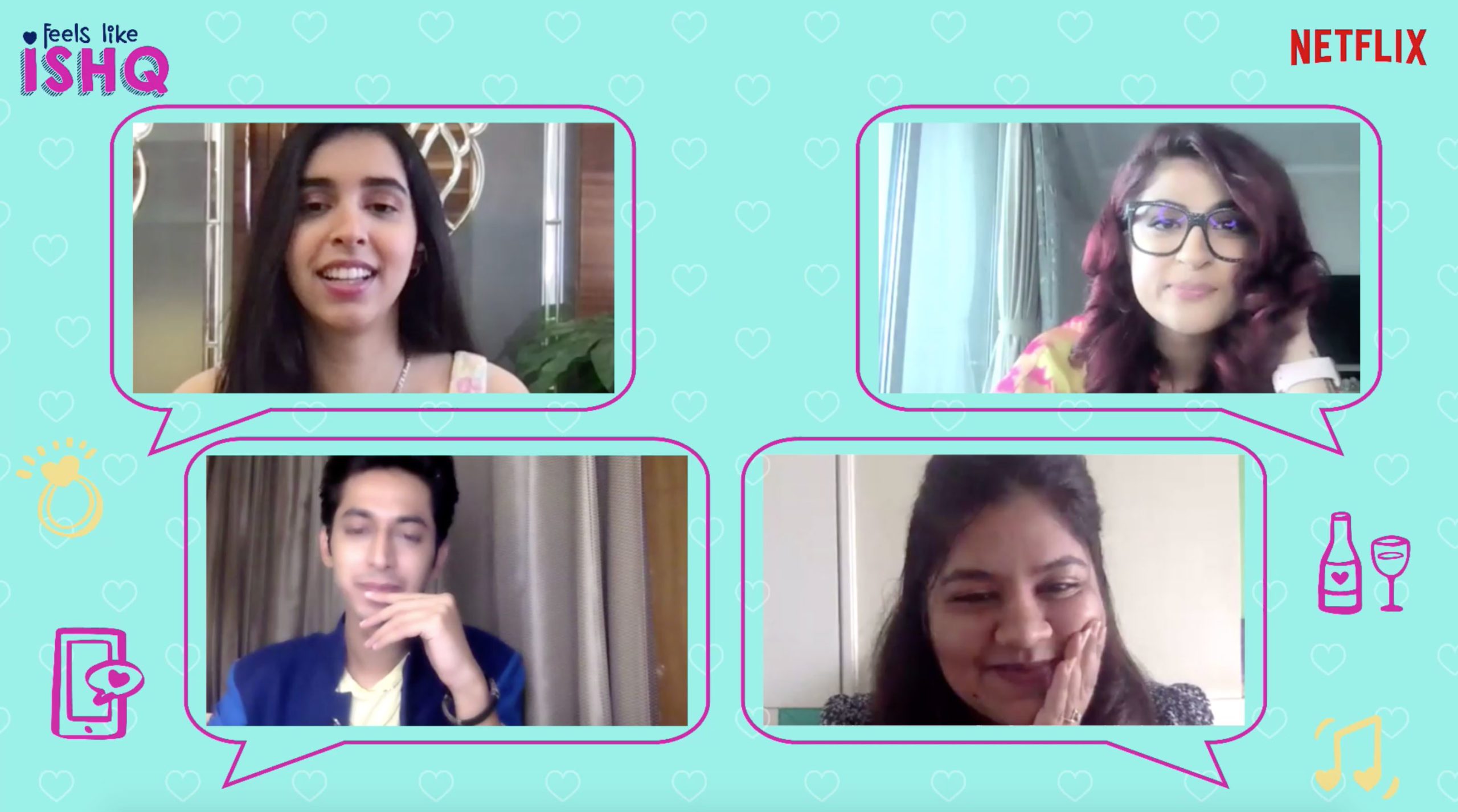 Q: What appealed to you the most about ‘Quaranteen Crush’? Were there any real life inspirations for the characters or the moments between them?

Tahira Kashyap: Gazal Dhaliwal had written a beautiful script. And I loved the simplicity and honesty of it. When I got the script, we jammed and I added a few more layers and defined the arcs according to how I saw my characters. But the premise was just so beautiful and endearing. Because you know, these days we’re getting a lot of material with twists and darkness, and I am up for it. But what I liked about ‘Quaranteen Crush’ was that stories can be simple too, right? They can be heart-touching and appeal to your emotions, which was the clear intention of Feels Like Ishq.

It’s also very in sync with the times we’re living in. Our story is about a teenage crush that happens during the quarantine. It was very contemporary and was so fun to pick up!

Q: Mihir and Kajol, how did you approach playing your characters, Maninder and Nimmi?

Mihir Ahuja: I play, Maninder who is this very sweet boy who is exploring love for the very first time. There’s this girl, his neighbour, and he is going through a gamut of emotions over his crush on her. It’s a very innocent love story that anyone could relate to, even older generations, who might just go down memory lane about that ‘butterflies in the stomach’ feeling about your first crush. That’s the term I’ve used a lot actually, butterflies!

Tahira: Yes, I remember before every scene in which they’re both at the gate, I kept saying, “Titliyaan kahaan hai, there need to be butterflies!”

Mihir: But you know, if you focus properly, titliyaan definitely aayengi! 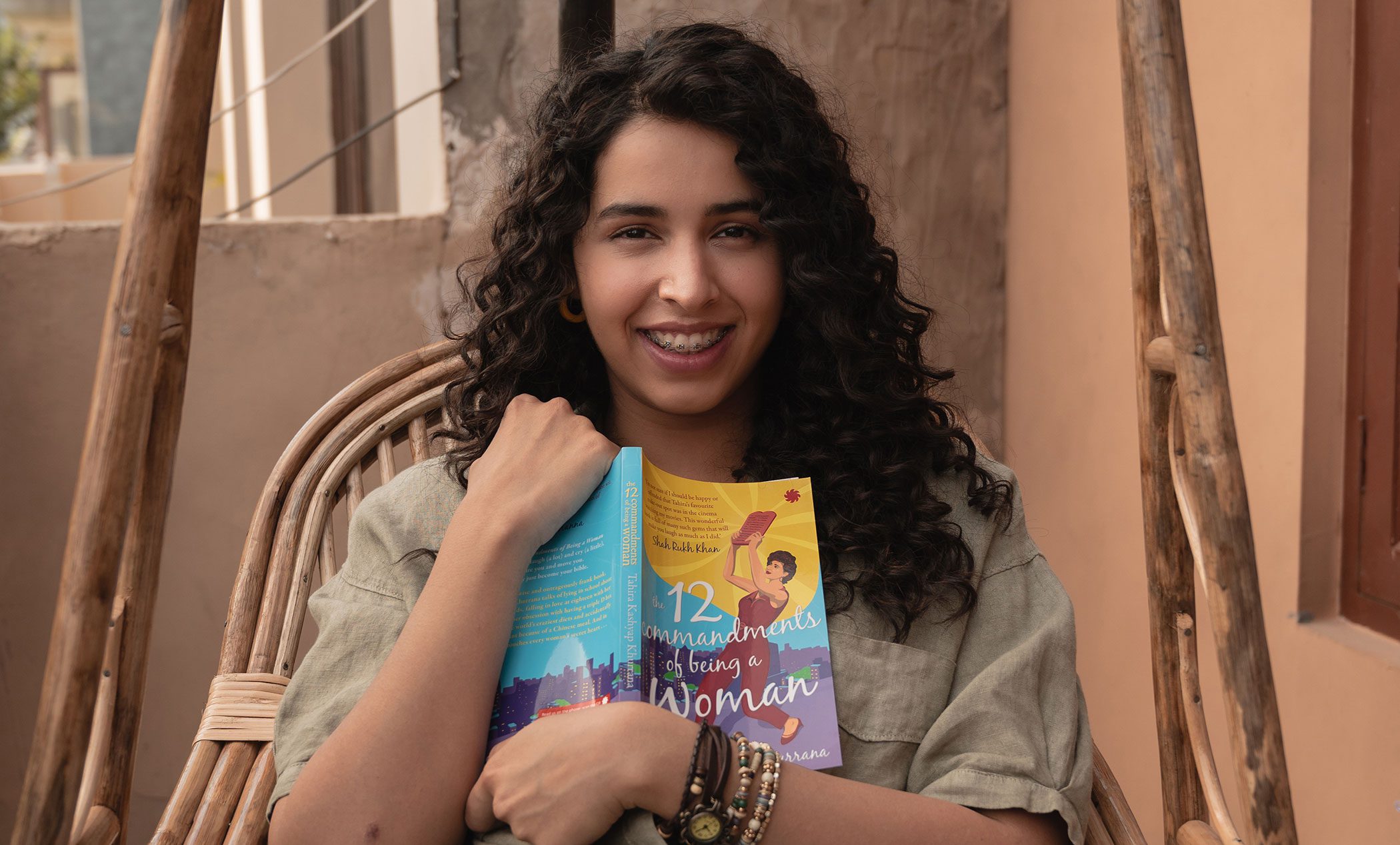 Kajol Chugh: My character is Nimmi, who has come from Canada on a fun trip. In her head, she’s planned her whole vacation but Coronavirus has reached Punjab, and since she is visiting her grandparents, she is in quarantine. Nimmi, as a person, is very easy and go-with-the-flow. She sees the best in every person and situation.

Nimmi has such a big change thrown at her, and she still has fun. She is so open hearted to new people, places and plans. While I was approaching this character, I realised that it changed a lot of the ways I was looking at things. Like when coronavirus came to our world, in the start I had this burst of energy that we finally had time to be whoever we wanted to be and do whatever we wanted to do. I had to go back to that period and bring back that energy to play Nimmi.

She really makes me happy, and every time now that I hold the guitar, she takes me back to it!

Q: Music plays such an important role in your story. Did you both have to learn to play the guitar or are there any musical talents we need to know about?

Mihir: So, I am a beatboxer, and I do have a basic knowledge of music and the chords. But I didn’t know how to play the guitar. It was a very last minute thing I picked up and I hope I did justice to it!

Kajol: I don’t play any instrument. So when I had to learn, I reached out to an old friend I hadn’t spoken to in a while to help me with it. We had guitar lessons on Zoom in Chandigarh, and then we did in-person classes. I realised it is quite hard, and though I am continuing my practice, I am still a beginner! I did learn it specifically for Quaranteen Crush but I wanted to learn it anyway. Once I know how, I’m going to buy a guitar!

Q: I was watching the ‘Quaranteen Crush’, and the song “Tennu Ki Pata” came on. And it was quite a surprise to hear Ayushmann’s voice! Was it always the plan to get him on board?

Tahira: No, no, he gave an audition and passed it!

No, I think this is a bit of advantage that I get to listen to his compositions even when he is still trying to crack them. So this song that Ayushmann has composed, it’s been with him since almost five years. It was always a favourite, but somehow he never found the right time or collaboration for it.

When the ‘Quaranteen Crush’ script came along, my first instinct, as I said before was “butterflies”! I wanted to bring a lot of charm and innocence to it. The song has got very sweet Punjabi lyrics, and it resonates with the simplicity of the film.

We also collaborated with another dear friend, Sameer Kaushal [we were part of a theatre group]. I’d call him up, and then Sameer, Ayushmann, and I, along with another friend Gurpreet Saini who has written the lyrics, we would jam. And after many sessions, and collaborating with Jonita Gandhi as well, this is what we created! A lovely song that these two beautiful people are singing for each other, full filmy! 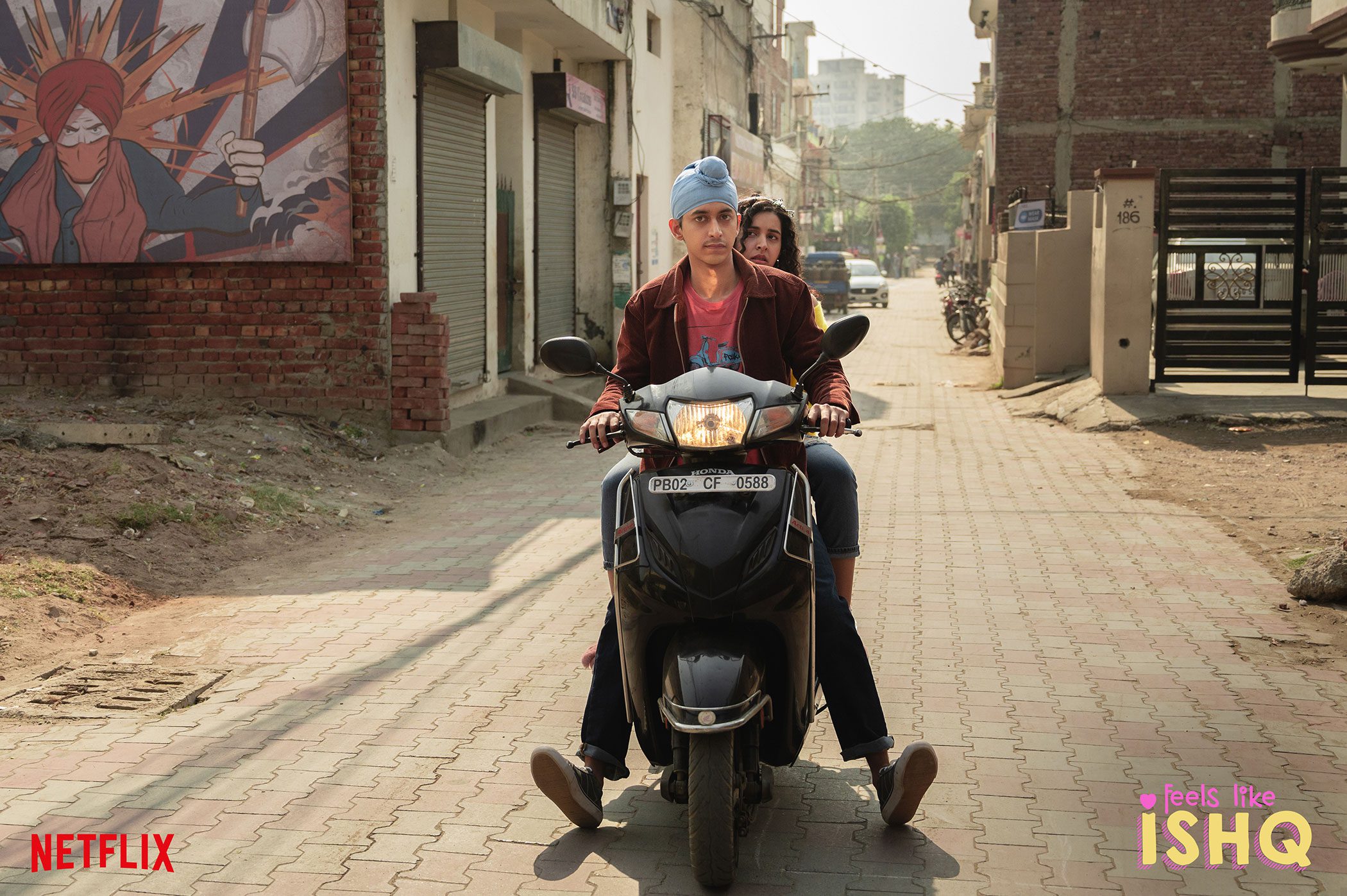 Q: One thing I loved about the story was how Maninder himself realises that the way he is courting Nimmi is morally wrong in Feels Like Ishq. I feel like a lot of our Bollywood love stories take something like stalking for granted. Was it a conscious choice to have that in the story?

Tahira: I don’t think I could create any piece of work where women are objectified or put down. It’s just not in sync with the person I am. Also, at the same time, I didn’t want to bring anything across in an overt or preachy way. That’s what I really liked about the way Gazal wrote it. Both of us were very bent that this tangent of Maninder’s personality comes through in the most subliminal way, and in a way that it adds most value to the life of young people. So that they realise that nobody likes being stalked, it’s not cool. And even though you end up doing it, when there’s a realisation that it is wrong, it’s always a good start.

So thank you for noticing that about the story!

Q: What are some of your favourite love stories, from films, books, or television?

Mihir: It’s Tamasha for me. I really love the film and can keep watching it. I think I’ve seen it some 15-20 times! I love the songs of Tamasha and the way they’ve shown the parting of both the characters… even when Tara didn’t know Ved that well, she still wanted to be with him! There’s just one thing you need to find in your partner, just one, and then you cannot imagine living without them. That’s what brought me closer to the film.

Kajol: I love Before We Go! It’s the story of this couple that meet one night, and the film is the story of that one night they spend together. You don’t know if they’ll end up together; one of them is actually married! And the film shows that love can be in different forms, and doesn’t have to be about love that lasts and has the couple end up together. It is about conversations that these two people have, of their past and how they’ve grown and so on. It’s a very beautiful movie and it keeps bringing me back to watch it!

And I also like Dil Dhakadne Do, and how the love stories all come together in the end!

Tahira: Yes, that one comes to my mind too! I quite like Dil Dhakadne Do. I like when the definition of love isn’t a specific prototype. I saw this Malayalam film called Kumbalangi Nights, and I love the stories that in it!

5 Thoughts I Had About ‘The Kissing Booth 3’ Trailer: Elle Already Has New Problems. Did We Have To Bring Old Ones Back?