5 Thoughts I Had About ‘The Kissing Booth 3’ Trailer: Elle Already Has New Problems. Did We Have To Bring Old Ones Back? 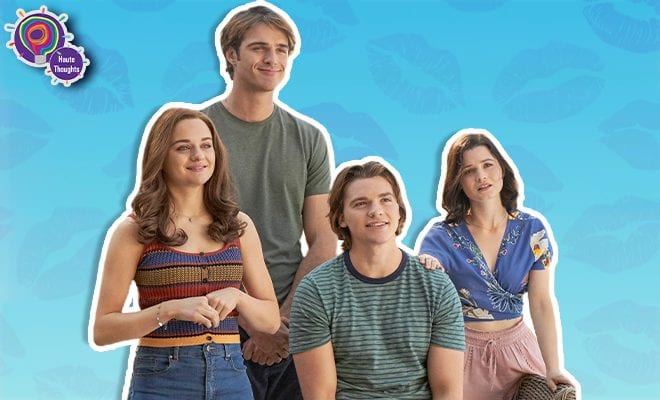 Look here, there are some sequels that get made because there’s more to the story that needs to be told, or a fresh spin that could successfully reboot the spirit of the film. And then there are some sequels that get made because it’s about milking the popularity of the original film until it runs dry. And there’s an audience for both. Netflix has two franchises in the teen rom-com section that fit the latter. The first is To All The Boys I’ve Loved Before, which concluded with a three film arc. And the second is The Kissing Booth. Both films are immensely popular with the age group that they’re targeted at. And with some oldies like me too, who use rom-coms to escape the drab mundane. And while the films aren’t exactly ‘bad’, they don’t exactly try to subvert the teen rom-com tropes that plague them. Take, for example, The Kissing Booth 3, starring Joey King, Jacob Elordi, and Joel Courtney, the trailer for which dropped this morning.

I generally like the concept of The Kissing Booth. It’s a girl torn between love and friendship, as most of us are, especially because a lot of our life decisions are based off these people. And the first film was doing fairly great in being this cute new story that we’d like. I didn’t mind that there was a sequel, because of course with Noah going to college, long distance love was an angle worth exploring. Not to mention, the theme of best friends encroaching on each other’s spaces with their boyfriend/girlfriend… we’ve all experienced these things.

However, while I will never say no to adding another hot guy in the mix, The Kissing Booth 2 felt too overloaded. A lot was happening there, from Elle’s issues with Lee and Rachel, her insecurities with Noah, the entry of a new competition for her affections, trying to apply to the right college, the dance competition, and of course the Kissing Booth at the fair, because that’s the name of the film so they’ve got no option. See what I mean? And now, The Kissing Booth 3 is doomed to repeat the overloading of its predecessor.

Here are 5 thoughts I had about The Kissing Booth 3 trailer:

1. I kinda relate to Elle’s chief dilemma about where to go to college.

Elle is facing a dilemma about where she wants to go to college—with her boyfriend or her best friend? And I can relate. I remember not upgrading to a better college in my time because I didn’t want to leave all my friends. But at least I made that decision for me, and not based off who I might be hurting or not hurting if I leave. In Elle’s case, she is afraid of change, and wants that one last hurrah with her friends, and is deferring the decision until she absolutely has to make it. I totally get that.

2. New film, new complication in Elle’s life. But did they have to bring back the old ones?

I get it, there can be no personal growth without conflict. But did there have to be so many?

From just the trailer, I can tell you that all the issues that Elle might’ve faced with Noah and Lee about splitting her time and love between her boyfriend and best friend at the cost of her own sanity, will be returning. I thought the last two movies were supposed to have resolved that issue with everyone knowing their place in each other’s lives and being secure in it. But nope, that’s apparently not happened yet.

Elle is once again struggling to verbalise what she wants. This is one department where I think To All The Boys succeeded, because at least it didn’t show character growth only to have them regress again.

No, okay, you’ll never hear me complaining about another hot guy being added to the mix, and definitely not when its someone like Taylor Zakhar Perez. I thought he was pretty good in TKB2. However, I am going to keep my libidinous motivations aside and objectively tell you that I really don’t get the appeal of Elle for Marco to be this strong. 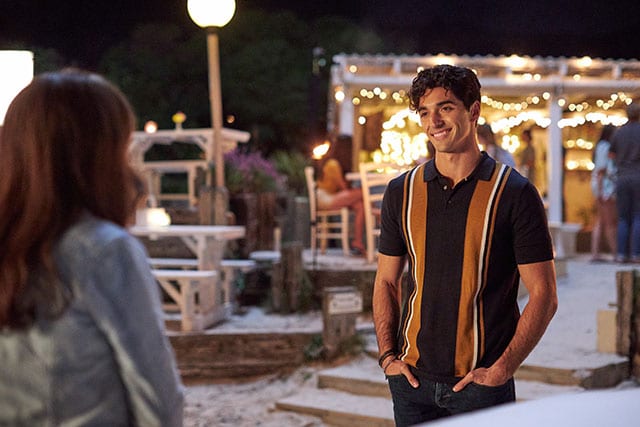 I honestly didn’t even get it in the second film. Elle spends too much time with her friend and obsessing over Noah in that film, which becomes her entire personality. And while some guys might find her attractive, I don’t understand why Marco can’t just move on and is still pining over Elle in the third film. Or why is he even back. I hope the trailer is simply misleading us and that he is just back in a friendly capacity to offer some sage advice; he’s good at that.

But I am going to be mighty disappointed if it turns out to be a love triangle. Again.

4. I am eager to see how the female friendships have progressed, because the trailer shows promise!

At the end of The Kissing Booth 2, we see that Rachel and Elle, and Elle and Chloe have cleared all the misunderstandings caused because of the boys between them. We do catch glimpse of Chloe telling Elle she is an amazing woman. And that actually shows me the only character development that does not seem to regress. So yay, let’s hope we get to see some more girl bonding.

And speaking of female friendships, let’s hope Molly Ringwald has more to do here than just arrive at the end and give one scene’s worth of advice to Elle. 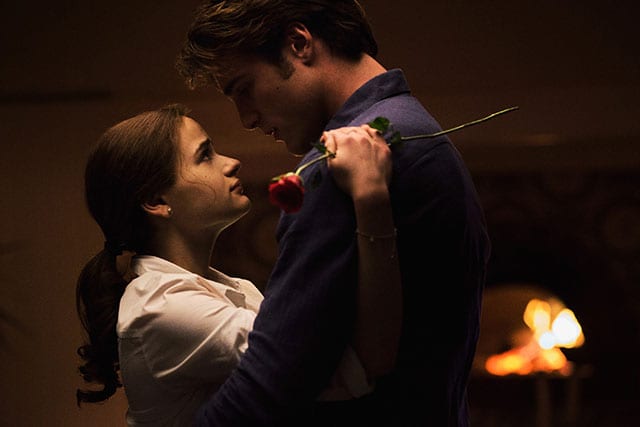 ICYMI, the film shoots in Cape Town, which makes for a pretty close Santa Monica, where the film is set. And a bunch of hot people (Yaaaas Jacob Elordi!) enjoying an epic summer at a stunning beach house? Listen, after being stuck home without a vacation for 1.5 years now, I am going to live vicariously through this film’s characters!

Not to mention, I can’t resist a rom-com. I’m like that.