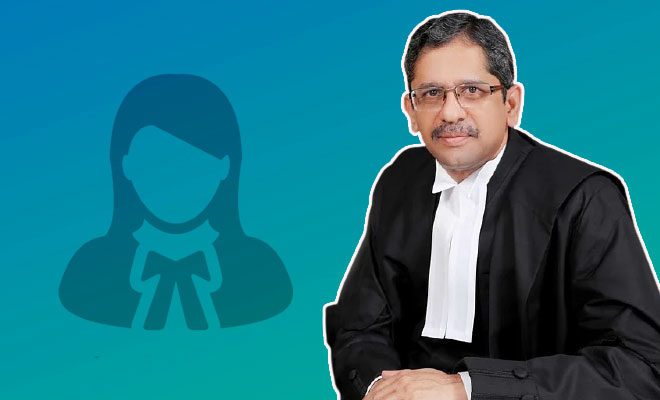 If there is one profession that fascinates me, it has to be law for sure. A profession that ensures that the rights and freedoms of people are protected. But every time I have seen a law college, I’ve noticed that more often than not, it is filled with male students And most of the lawyers and judges that are present today are male. In fact, after years of independence, it is the first time that we’ve had four women judges in the Supreme Court. That speaks volumes about the gender imbalance in our judiciary. And I’m not the only one who is concerned about this. Even the current Chief Justice of India has raised his concerns regarding the gender ratio and female representation in the Indian judiciary. CJI NV Ramana has stated that the Indian judiciary needs 50% reservation for women. And women should ask for it, as a matter of right!

Recently, at a felicitation ceremony that was organized by women advocates for CJI Ramana and the nine newly appointed judges, the CJI called for the need of 50% of reservation for women in the Indian judiciary. This is not the first time that India’s top judge has pushed for more participation of women in the judicial system. 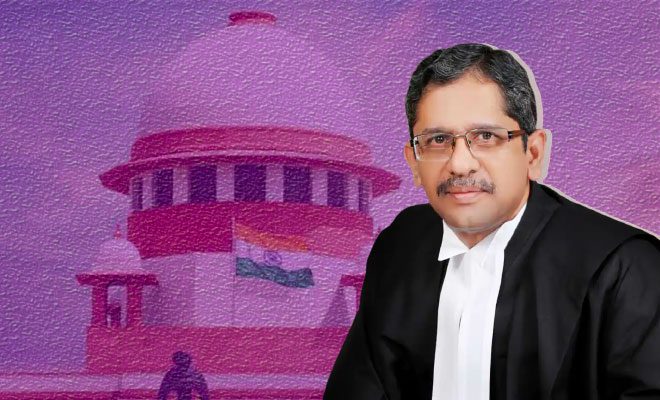 Chief Justice of India NV Ramana stated that the demand for 50% of reservation for women quota is their right and it should be led by women itself. And not only in the judicial system, the reservation should also be applied to law colleges throughout the country.

Also Read: Chief Justice of India NV Ramana Highlights Inadequate Representation Of Women In Indian Judiciary And The Issues They Face. This Is A Huge Step

While emphasizing the need for reservation for women in the judiciary, he also laid down the statistics that further strengthen his point. According to the CJI Ramana, out of 1.7 million advocates in the country, only 15% are women. There are only 2% women in the elected representatives in state bar council. There are less than 30% of female judges in the subordinate judiciary, and a mere 11.5% in high courts across the country. And lastly, out of the 33 Supreme Court judges, only 4 of them are women. India still has not had a woman Chief Justice. The facts speak for themselves.

As per reports, the Chief Justice of India, clearly stated, “We need 50% reservation for women in the judiciary. It is an issue of thousands of years of oppression.” He further added, “I want that women with anger must shout and demand 50% reservation. It is an issue arising out of years of suppression. It is a matter of right, not of charity.” He even raised the issue of the lack of women’s toilets due to which even lady officers are suffering.

The topmost judge in India has time and again pushed for greater participation of women in the judiciary. And I couldn’t have been more glad. It makes me happy to know that there is at least one government body that is aspiring for an equal gender ratio and is ensuring women’s empowerment in the process. The Chief Justice of India, NV Ramana, is definitely striving to change the way women are seen in the judicial system. And I’m happy to say that this is a positive change.

There Has Never Been A Female Chief Justice Of India, The Attorney General Pointed Out