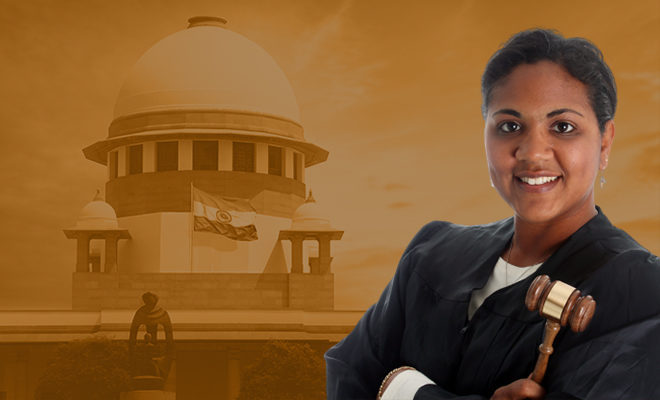 Here’s the thing, I love that we’re getting to experience a time in history where women are breaking out from under the pressure of the patriarchy and living life on their terms. While achieving complete gender equality still seems light years away, it’s nice to know that’s where we are headed. We might be crawling but it’s in the right direction and every day something happens to remind us of that. For instance, amid demand for a higher representation of women in the judicial system, the Supreme Court said that it’s time for a woman to be the Chief Justice of India. Of course, we can’t agree more. Move aside men, it’s our turn now!

On Thursday, the Supreme Court said that it felt like it was time for a woman to assume the post of CJI. The current Chief Justice S A Bobde said that why should the judiciary only be more inclusive for women. It’s time for a woman to become the CJI. According to reports, the SC also mentioned it has always had the interest of women in mind. And for the first time, considering all the fantastic orders that have passed in favour of women lately, this doesn’t feel like just propaganda.

Hearing a plea of a body of women lawyers seeking consideration for appointment as judges in higher courts, a special Bench of Chief Justice SA Bobde and Justices Sanjay Kishan Kaul and Surya Kant said, “Why higher judiciary. We think the time has come when a woman should be Chief Justice of India.” This came after Advocate Sneha Kalita, appearing for Supreme Court Women Lawyers Association, told the bench that the percentage of representation of women in the higher judiciary was “abysmally low” at 11.04%.

Chief Justice of India, #SABobde acknowledged that it was high time to have a woman occupy the post of #CJI.https://t.co/hUHqJnPNHw

The CJI said, “We try to ensure that there is an adequate representation of women in appointments to the higher judiciary.” However, this comes with its own unique problem. He went on to say, “Chief Justices of HCs have told me that there is a problem that when women lawyers are asked for appointment as judges, they often deny it, saying that they have domestic responsibility. We need only capable candidates.”

To correct this and to try and make up for the lack of women representation, Attorney General KK Venugopal told the Bench that a decision on 10 names recommended by the Supreme Court Collegium for appointment as high courts judges would be communicated to the court in three months. It might not seal the gender gap in the judiciary but at least it’s a start. And hopefully, the next CJI will be a woman. That would be a day to celebrate!