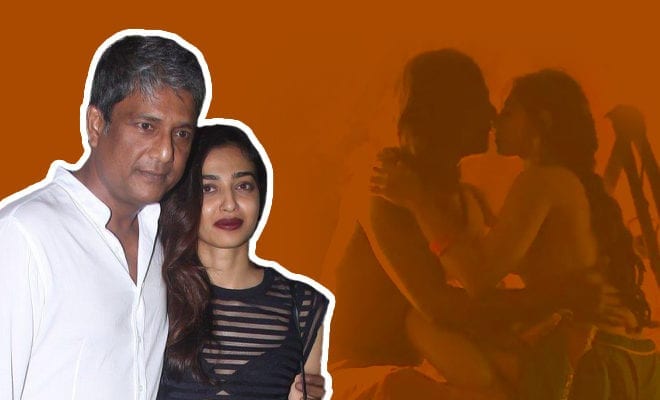 Radhika Apte Talks About Shooting Intimate Scenes For Parched, And How Bollywood Dictates What Women Should Do With Their Body

The most convincing acting is not the kind that has the most accuracy or perfect dialogue delivery, but always the one that is done with the right kind of emotions and zero inhibitions. The kind of acting that feels real, that for a moment makes you forget you’re watching actors on the screen, the kind of acting we saw actress Radhika Apte deliver alongside of actor Adil Hussain as the two immersed themselves into the characters they were playing in the movie Parched.

The actors recently opened up about the 2015 film Parched that was written and directed by Leena Yadav which followed the life of four women from Gujarat and their experiences with they talk about men, sex and life. Actor Adil Hussain recalled the time he had to shoot an intimate scene with Radhika Apte.

Thinking back to the few words that the  two exchanged before the scene had to be filmed, Adil revealed that, “I asked her ‘What about your boyfriend’? She said that she was married. She then asked ‘What about your wife?’. I said, ‘No problems’.”

Also Read : Bollywood Ready To Shoot Except They Will Have To Figure A Way Around Intimate Scenes In These Coronavirus Times. Back To Flowers?

#AdilHussain reveals what #RadhikaApte and he spoke about before filming their nude scene in 'Parched'https://t.co/StmtGsEkMM

Adil went on to talk about how his wife had always been in the know of the kind of profession he was in and what it required him to do, and was always supportive of his work. He said, “She said she hopes that I do it well. My wife respects my profession and she has complete faith in my sensibilities. We know each other from our early days in theatre and she knows why I am an actor.”

Radhika Apte on the other hand had spoken about the film a while ago where she shared why exactly she picked a film like Parched.  She said, “I really needed a role like this because when you’re in Bollywood you’re constantly told what to do with your body and I always maintained that I would never do anything to my body or face.”