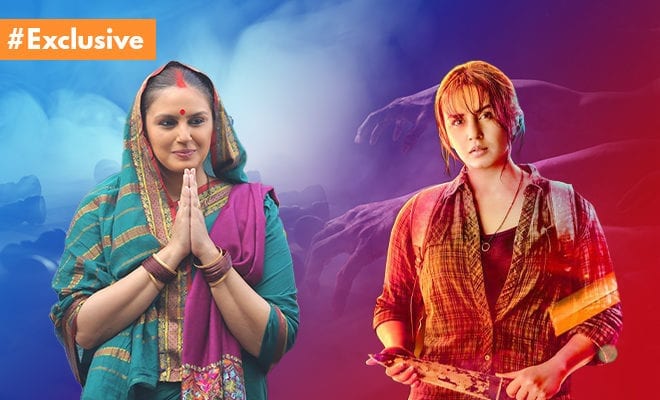 EXCLUSIVE: Huma Qureshi On ‘Maharani’, The Simplicity Of Rani Bharti, And Telling Women’s Stories In A Man’s World

Wouldn’t it be amazing if right after watching a film or a series, you could just sit down with the actor who played the lead, or the filmmaker, and just unpack everything? I am going to go ahead and say that it is one of the best parts of my job, to be able to meet the people behind these stories that charm us, intrigue us, take us to the edge of our seats and make us think. And this thrill  cranks up a few notches when the person at other end of that conversation is so cool and interesting to talk to. I recently had that experience in conversation with Huma Qureshi, who we saw play zombie bait in Zack Snyder’s Army Of The Dead, and this week, will see play Rani Bharti, the reluctant Chief Minister of 90s Bihar in Sony LIV’s new political drama, Maharani.

Maharani follows the current trend of stories with women finally finding their voice in a man’s world. According to the show’s official synopsis, Rani Bharti is a domesticated wife of the Chief Minister of Bihar, who suddenly has to leave her kitchen and cattle and take over the reins of an entire state in her husband’s stead. And it isn’t so much as the fact that she is a woman and she can’t do it as it is a matter of ego all the men who think a woman has no place in their domain. But something tells me, the initially uninterested and underestimated Rani Bharti is the dark queen who is going to break the wheel in this game of thrones.

The show, created by Subhash Kapoor, directed by Karan Sharma, and starring Huma Qureshi, Sohum Shah, Amit Sial, Vineet Kumar, Pramod Pathak, Kani Kusruti, Inaam Ul Haq, Sushil Pandey, Atul Tiwari, Aashiq Hussain, Kannan Arunachalam, and Harish Khanna is all set to release on May 28, 2021. Its trailer looks quite interesting, and also promises to delve into a few controversial topics like the issue of caste in 90s India, which if you look at what’s happening around us right now, hasn’t seen much improvement.

Also Read: 5 Thoughts We Had About ‘Maharani’ Trailer: Huma Qureshi Is A Reluctant Queen In This Game Of Thrones Set In 90s Bihar

With Huma Qureshi returning to digital after Netflix’s Leila in 2019, fresh off her tryst with Hollywood where she managed to impress Zack Snyder, and having often played characters that were indeed of fierce women who held their own in a man’s world, I got to talking to Huma about all that and more!

Q: What can you tell us about Maharani and your character Rani Bharti? What prep as an actor did you have to do to get into the skin of the character?

A: Tough one. The hardest character I’ve had to do in my life, and also the most well fleshed out. It’s always good to have female characters that are well written, we don’t get a lot of those to play. She’s an uneducated housewife so I had to understand what it would be like to inhabit her world and to become her. There was lots of prep, we did about two weeks of workshops to get into the character. I had to get comfortable with draping the saree on myself, walking like Rani Bharti, being comfortable with working in the fields and tending to livestock.

Q: Is Rani Bharti based off a real political figure?

A: No, it’s completely fictional. I know people keep comparing it to Rabri Devi, which I think is unfair because there is no similarity at all.

Q: Political dramas these days are running into censorship trouble and ’offending people’. As an actor, is that a something that’s always at the back of your head when you’re making a film or a show?

A: Not really. I am an actor, and if I like it, I do it. It is not my job to think about who’ll get offended. Aisa karoge toh we won’t be able to make it anything. People might tomorrow get offended with romantic comedies. I try not to overthink on people’s behalf; I only think on behalf one person, that is me. I don’t find it offensive, so I am happy doing it.

Q: This will you be your second collaboration with Subhash Kapoor. How was the experience working with him, director Karan Sharma, and a host of talented actors like Sohum Shah, Amit Sial, Vineet Kumar and more?

A: It was amazing. I’m working with Subhash [Kapoor] again after Jolly LLB 2, which was a lot of fun. I was a huge fan of Jolly LLB, so when I got the chance, I absolutely jumped at it to work with him. Maharani, of course, is very different. When he narrated it to me a year ago, I found it to be such a well-conceived, well-written show that I wanted to be a part of it. It’s probably one of those once-in-a-lifetime roles, and I hope I have done justice to it. I really enjoyed playing Rani Bharti.

Sohum [Shah] was amazing; he is playing Bheema Bharti, Rani’s husband who pushes her into the arena. Amit Sial is playing a politician called Naveen Kumar. Again, an exceptional actor and performer. It’s a big delight to be working with such a talent pool of actors and just playing off each other.

Q: With the digital boom, there’s been an influx of stories by women, of women. As an actor, does that have you excited about your career, not just before the camera but also behind it?

A: I mean that should have happened long back. I think it has taken far too long, so I can’t take too much joy and pride in it. The way I look at it, yeh bohot pehle ho jaana chahiye tha. But of course, it is a journey, a process. If I have gotten the chance to do a show like Maharani now, I feel like I am standing on the shoulders of other women before me who have fought this battle and triumphed somewhere. So I have to thank them for their contribution and struggle, which has been incredible. So yes, I think change is happening. but more needs to happen.

Also Read: Huma Qureshi Opens Up About How Seeing Her Photographs Being Published Everyday Is Not Good For Her Mental Health

Q: Bollywood, just like politics, is a male-dominated industry. Do you think things are changing for women?

A: I think the entire world is male-dominated! I don’t think we should single out the entertainment industry because the world looks at women through a certain lens. It tries to control our stories, it tries to control the female narrative. It looks at women’s bodies and their faces and their lives through the male gaze. I think it isn’t just about the film industry but the human society as a whole. So there’s a lot of work that needs to happen. The movie business gets a lot of bad rep because it is in the limelight.

Again, I am not defending it. If you were to ask me candidly… has enough change happened? No, it hasn’t. Is there pay parity? No. there isn’t. Have things become okay post #MeToo? No, they haven’t. But the point is, are we talking about it? Are there better things written for women? Are they getting the right distribution and funding? Are female directors and technicians getting the space to come and shine. The answer is a soft yes, but a yes.

A long-term sustainable change can only happen not just with individual voices but when the change is institutionalised. If that doesn’t happen, we all are just fighting our own independent little battles.

Q: Another reason why talking to you right now is so special is because I just watched Army Of The Dead, which I really enjoyed. You’ve made quite the impression on Zack Snyder and he said he wants to work with Indian actors now! Was Hollywood always on your radar? And do you see more opportunities for you? 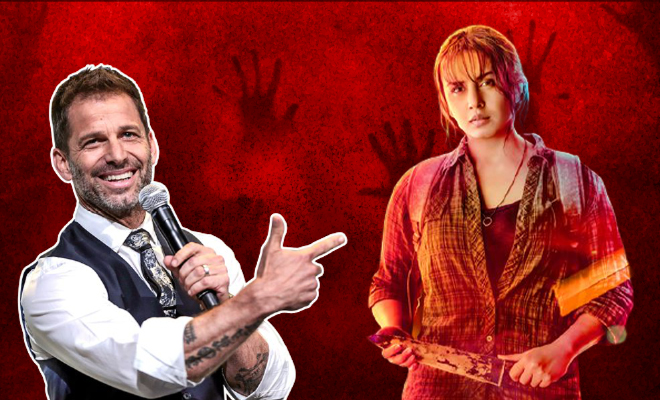 As for Hollywood, I hope so. Everyone wants to do better, more evolved scripts and fun stuff. I don’t know if it’s been on my radar or not. I am glad that I get to work on some interesting projects with good directors. And I hope that fate continues!

Also Read: Army Of The Dead Review: Snyder’s Beautifully Made Zombie Heist Film Starring Huma Qureshi Is A Total Blast Of A Bloodbath

A: I think from Hollywood, perhaps the way they shoot actions scenes on set. And also, that sometimes, actors working on one film at a time is just better for creativity and makes for a better film, a better product.

I think what Hollywood can learn from us then, is how to multitask! *laughs* We can do several things at once and it is a better utilisation of our time!

Q: Is there a reason we haven’t seen much of you on screen lately. What’s next for Huma Qureshi?

A: It’s not really in the actor’s control when things release. I mean, Army Of The Dead was shot in 2019 and it is releasing it now. And Maharani was shot recently. But yes, you will be seeing a lot more of me this year, starting with Maharani.

Q:  Circling back to your big release, what’s the one thing that you took away from Maharani and you hope the audience does too? 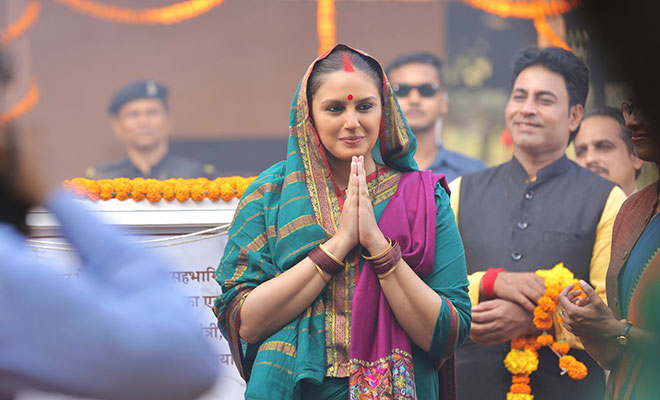 A: I think it is a very well written show and it was great fun to do. As a show with a female protagonist, it doesn’t really fit into any boxes, it’s quite a clutter breaker in that sense, and that for me has been very exciting. While playing Rani Bharti, I got to know the beauty of being authentic. I think sometimes when you play characters, they also have an impression on you, and not just the other way around. In her simplicity and authenticity, Rani Bharti manages to do a lot. And that was quite a realisation for me.

Maharani, starring Huma Qureshi and more, will stream on Sony LIV from May 28, 2021.

Apni Huma Qureshi Impressed Zack Snyder During ‘Army Of The Dead’ So Much, He Wants To Work With India Actors Only!