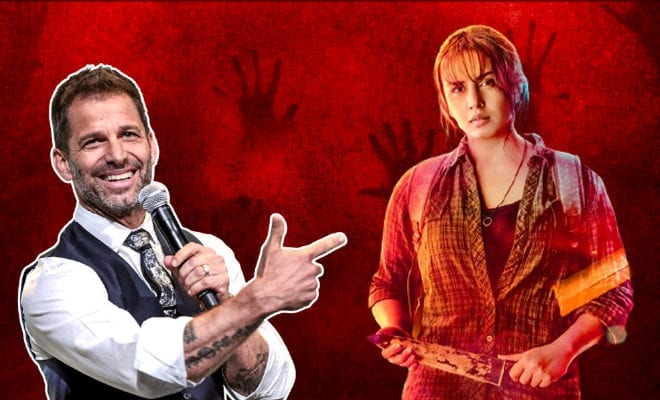 Apni Huma Qureshi Impressed Zack Snyder During ‘Army Of The Dead’ So Much, He Wants To Work With India Actors Only!

There’s a lot of disgruntlement over the fact that our Indian entertainment industry seeks validation from the West. But on the occasions, when our ladies, like Aishwarya Rai Bachchan, Priyanka Chopra Jonas or Deepika Padukone, or even our gents, like A.R. Rahman, the late Irrfan Khan or Anil Kapoor, make us proud on a global stage, that high hits different. And the most recent addition to that list is Huma Qureshi, who we shall soon see playing a character called ‘Geeta’ in Army Of The Dead on Netflix, a film directed by Zack Snyder.

If you’ve seen the trailer of Army Of The Dead, which is already super cool from being a zombie heist film directed by Zack Snyder and starring Dave Bautista, it was made even cooler for us Indians when we caught a glimpse of our very own Huma Qureshi! While not much has been revealed about her character in the film, her name has been revealed to be ‘Geeta’.

In a recent interview with Hindustan Times, Zack Snyder was asked about his experience of working with Huma. And the Justice League Snyder Cut director had simply glowing things to say about her!

“She was written as an Indian character, and Huma is a really amazing actress, no two ways about it. We talked about who we could get, and the casting director brought her up. I watched some of her material, and I was like, ‘this actress is amazing’.”

What’s even more delightful is that Huma Qureshi not only impressed Snyder with her acting chops, but she floored him enough to make the whole bevy of Indian actors look good in Snyder’s eye! They weren’t sure if Huma would agree to do the film. But when she did, he was quite happy!

“I was so happy, and finally, having her on set, she was like, you know, I want only Indian actors in my movies from now on.”

On Tuesday evening, Huma Qureshi also announced a COVID charity, for which Zack Snyder also announced his support. She even thanked him for his kind words about her.

Wow ❤️Thank you @ZackSnyder for being you & for letting me be a tiny part of ur vision. I wish I was promoting this film with u and my castmates the way we wanted to. &I wish we had never heard of Corona 😝Thank you for saying such sweet things. Can’t wait to shoot our next 😉 https://t.co/sPKOwCvgDP

Honestly, I am vicariously living my Hollywood dreams through our Bollywood actresses like Huma Qureshi and Priyanka Chopra Jonas, who’re working with some of the top names in the industry!

5 Thoughts We Had About ‘Maharani’ Trailer: Huma Qureshi Is A Reluctant Queen In This Game Of Thrones Set In 90s Bihar