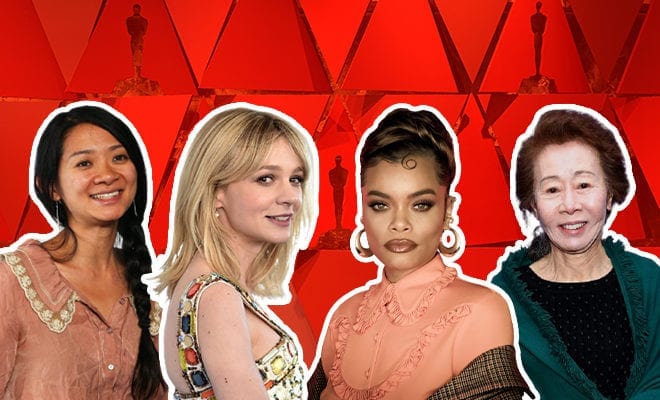 It’s Oscars Weekend! Here’s A List Of Films To Watch And Cheer For All The Incredible Women Nominated!

I know this is probably the worst time for us Indians to get excited over an award show. The pandemic is gripping the nation and we’re all so frazzled, mentally, physically and emotionally. As I write this, so am I. But I’m also reminded of the power of cinema, and how after a really terrible day or week, I would find respite and sweet escape in the arms of a movie, new or old favourite. The past year may have been bleak, but for women and persons of colour in cinema, the year has been a landmark one. And so, with the Oscars all set to happen on Sunday, April 25 (which is Monday, April 26, 5.30 IST for us Indians), let’s try and fill any gaps in our watchlist. We’ve got an entire weekend of staying indoors, and a bunch of incredible women like Chloé Zhao (Nomadland), Emerald Fennell (Promising Young Woman), Vanessa Kirby (Pieces Of A Woman), Andra Day (The United States vs. Billie Holiday), Olivia Colman (The Father), Viola Davis (Ma Rainey’s Black Bottom), Yuh-jung Youn (Minari) and more to celebrate!

Where do you start? Right here!

Here’s a list of Oscar-nominated films that are celebrating female actors, directors, producers, musicians and so on!

A beautiful story of both wanderlust and a holding on to that sense of belonging, Nomadland, with is soulful story and stunning cinematography has done a cleansweep at this awards season. 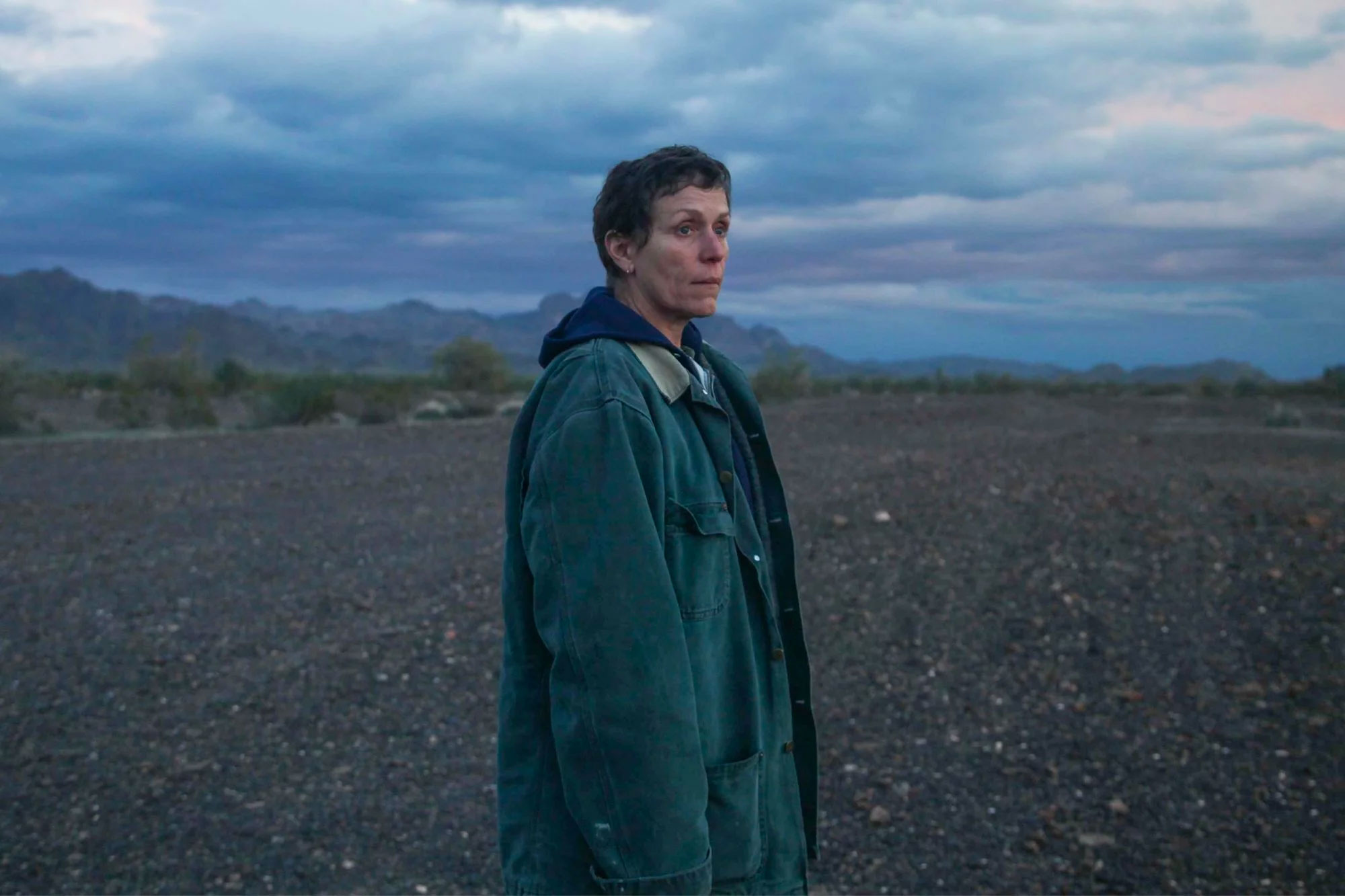 With six Oscar nominations, including Best Adapted Screenplay, Cinematography and Film Editing, Nomadland is a frontrunner for Oscars Best Picture, Best Director for Chloé Zhao and Best Actress for Frances McDormand. If Zhao wins Best Director, she’ll make history as only the second woman to win this honour, after Katheryn Bigelow.

The thriller-comedy is the feature directorial debut of Emerald Fennell, and stars Carey Mulligan as a 30-year-old woman who seeks to avenge the death of her high-school best friend, who was a victim of rape.

Promising Young Woman has bagged five nominations—Best Film, Best Director, Best Actress, Best Original Screenplay, and Best Editing. Mulligan is the frontrunner in her category, and if Emerald Fennell wins, she too, like Zhao will make history as the second woman to win a Best Director Oscar.

Minari is a beautiful film by Lee Isaac Chung about family and the immigrant experience of chasing the universal dream. It’s got six nominations, including Best Picture, Best Director, Best Original Screenplay, Best Actor, Best Original Score and Best Supporting Actress for the sweet grandma in the film, Yuh-jung Youn!

She has won a couple of awards already, including a BAFTA and an SAG, and her speeches have been nothing short of adorable! Her scenes with Alan Kim, who plays her grandson David in the film are beautiful! Let’s hope we get another speech. And this one might be huge, because if Youn wins, she will only be the second Asian actress to win an acting Oscar since Miyoshi Umeki for Sayonara in 1957.

4. The Father (Video On Demand)

French playwright Florian Zeller adapted his play by the same name into a film starring Anthony Hopkins and Olivia Colman. The Father is a touching film about an ageing man who grapples with a progressive memory loss. As we see his world grow increasingly confusing and distorted, his confusion becomes our confusion, and his emotions become ours.

The film has six nominations lined up, including one for Zeller and for Anthony Hopkins, who is simply brilliant and makes you want to run up and give him a big hug. Olivia Colman, who plays his daughter, Anne, is the perfect supporting act, for which she has been nominated! Colman’s a queen (she plays one on The Crown too!) and we’re always rooting for her!

Judas And The Black Messiah is a powerful biographical film that highlights an important event in Black American history—the betrayal of Fred Hampton (Daniel Kaluuya), chairman of the Illinois chapter of the Black Panther Party in late-1960s Chicago, at the hands of William O’Neal (Lakeith Stanfield). It is nominated for five Academy Awards this year, including Best Picture, Best Supporting Actor, Best Original Screenplay and Best Cinematography.

And if you are a fan of the amazing American singer-songwriter, H.E.R, then you’ve gotta watch the film and support her for her Best Original Song nomination for ‘Fight For You’!

The biographical film on singer Billie Holiday is set in the 1940s, when she was targeted by the American government in an attempt to racialize the war on drugs. They aimed to stop her from singing her controversial song “Strange Fruit“.

The film has just that one nomination—the Best Actor (Female) award for Andra Day, in the titular role that has won the audience and critics over, and won her a couple of awards already, including a Golden Globe.

A post shared by The U.S. vs. Billie Holiday (@usvsbillieholiday)

Also Read: For The First Time, 3 Of The 5 Golden Globes 2021 Best Director Nominees Are Women. Here’s Why It’s A Bittersweet Feeling!

The film, set in late 1920s Chicago, centres around one fateful day of recording in the life of a famous blues singer called Ma Rainey. The film stars Viola Davis and the late Chadwick Boseman, both of whom have been nominated for Best Actor awards. In addition, the film has nominations for Best Production Design, Costume Design and Make and Hairstyling. Davis is quite the frontrunner to win the Best Actress award, and if Variety is to be believed, it is going to be a close call amongst her and Andra Day and Frances McDormand.

The late Black Panther actor has been winning posthumous awards and it is tough to say, between him and Hopkins, who gets the honour.

Mank, directed by David Fincher is based on the life of  screenwriter Herman J. Mankiewicz around the time he was developing the screenplay for Orson Welles’ Citizen Kane in 1940. The film leads the Oscars race with a whopping 10 nominations, including the top three honours—Best Film, Director and Best Actor for Gary Oldman.

But it’s hard to forget that stunning portrayal of actress Marion Davies by Amanda Seyfried for which she has her Best Supporting Actress nomination. We wonder how many awards will Mank be sweeping under its jacket!

9. Pieces Of A Woman (Netflix) 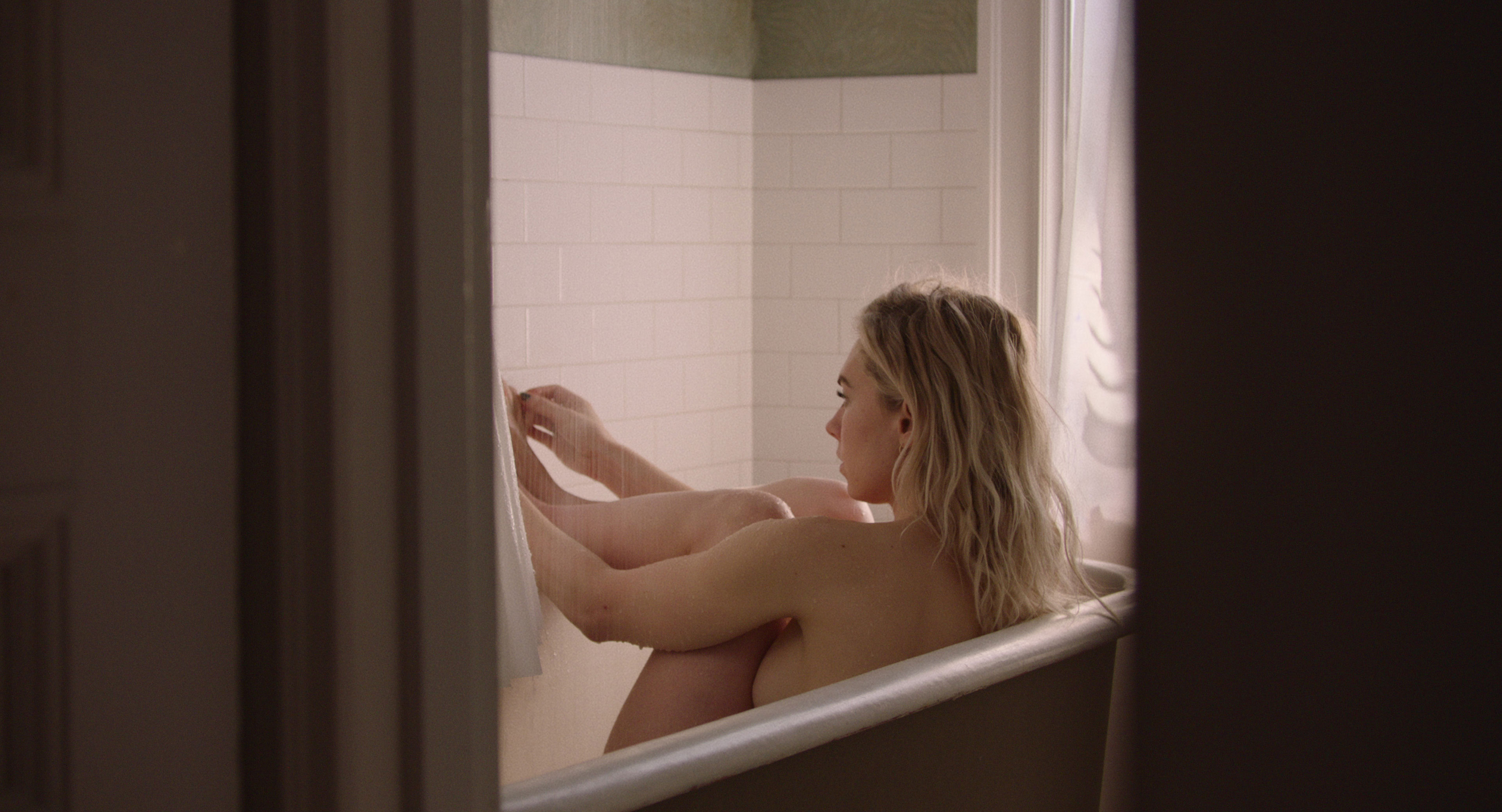 Director Kornél Mundruczó and writer Kata Wéber’s Pieces Of A Woman, starring Vanessa Kirby, Shia LaBeouf, Molly Parker, and Ellen Burstyn is a film that gently depicts what a woman goes through during postpartum grief. Vanessa Kirby’s performance holds up this film, and has been much acclaimed, earning her a Best Actress nomination. Even without an Oscars nod, this film is a must watch about how society’s expectations on how to deal with grief are often more damaging to women than the grief itself.

Who doesn’t love Regina King? That was a rhetoric question because she is awesome! And the queen herself has directed this brilliant film about a fictional encounter between four important men in Black American history—Malcolm X (Kingsley Ben-Adir), Muhammad Ali (Eli Goree), Jim Brown (Aldis Hodge) and Sam Cooke (Leslie Odom Jr.) and the conversation that flows between them. This is King’s directorial debut, based on a screenplay adapted by Kemp Powers from a play he wrote.

The mockumentary comedy by Jason Woliner and starring the incredible Sacha Baron Cohen is a film to watch no matter how many awards it wins or doesn’t win, for its political commentary and unabashed humour. I can imagine you have to be pretty amazing to have your performance noticed when Cohen is in the frame too. But Bulgarian actor Maria Bakalova has managed to do just that in her role as Borat’s teenage daughter Tutar and she’s won an Oscar nod for Best Supporting Actress for it!

Hey, where would we be without animated movies! Now this year is a tough, tough tussle with audiences divided between Disney Pixar’s Soul and Wolfwalkers for Best Animated Feature Film.

Wolfwalkers is the story of Robyn Goodfellowe (Honor Kneafey), a young apprentice hunter who arrives in Ireland with her father during a time of superstition and magic to wipe out the last wolf pack. On her quest, Robyn befriends a free-spirited girl, Mebh, a member of a mysterious tribe that is rumoured to have the ability to turn into wolves by night. As they search for Mebh’s missing mother, Robyn uncovers a secret that lures her deeper into the world of the Wolfwalkers, and naturally, causes a conflict of interest with her father and her original mission!

Female heroes? Check. Fantasy? Check. Cute animation? Check! If not for the Oscars, watch it anyway! 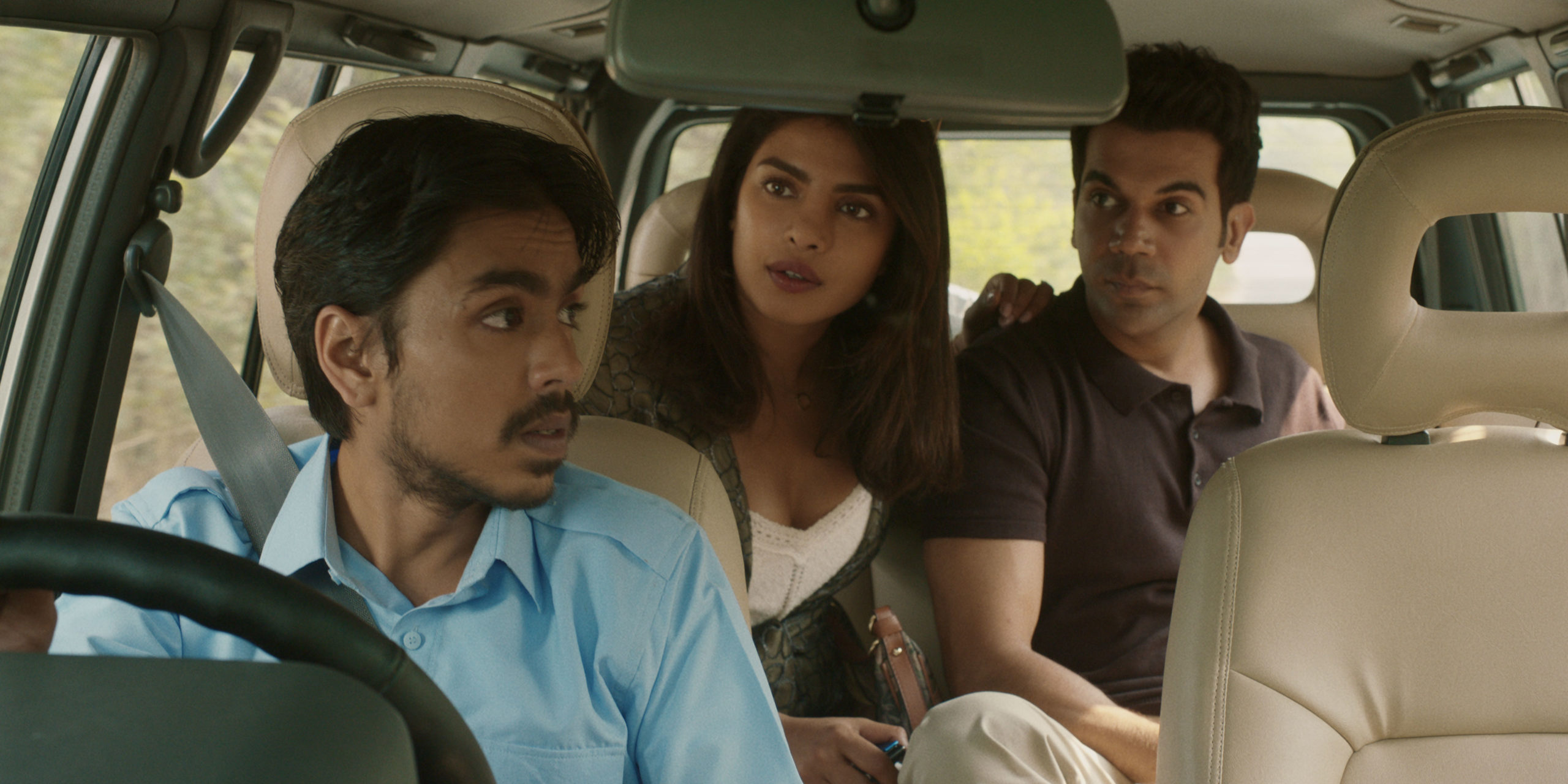 Huh? You thought? Of course we’d never forget our very own desi girl Priyanka Chopra, who not only starred in but also is one of the producers of The White Tiger, which is nominated for Best Adapted Screenplay Oscar for Ramin Bahrani! You’ve probably already watched this one, but if you haven’t go ahead and do it now for the Oscars!

Of course, this is the end of our list, which isn’t exactly exhaustive because there are a bunch of documentary shorts and features, and lots of women technicians and artists we couldn’t possibly accommodate in one single list. But here’s a shoutout to them all for giving us such spectacular cinema that presented stories, and in some cases, women’s stories beautifully.

All the best to them and we’ll see you at the Oscars!