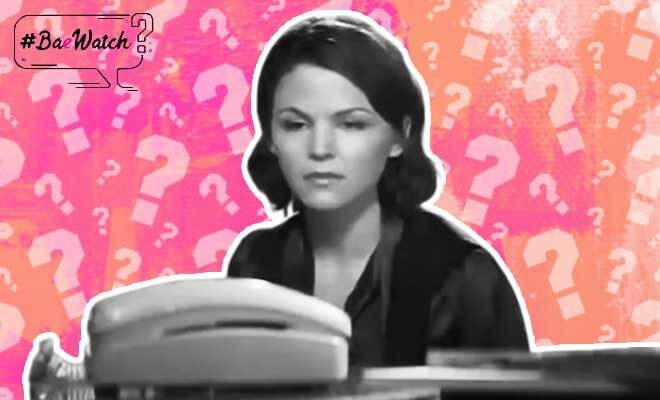 BaeWatch: “A Guy Suddenly Ghosted Me Many Days After Our Perfect Date, I Don’t Know What To Do Next? Should I Text Him?”

Ghosting has definitely become one of the most tiresome, uncalled behaviour of the times today. A word that has become an integral part of the new era of pyaar leading to heartbreaks, we all have been ghosted at some point or the other.With relationships getting worse than ever, ghosting today comes in various degrees that help measure the emotional investment of the ghoster. While, the term has become a frequent visitor in connections formed on the internet, it at times can be sad and heartbreaking too.

Sharing a similar problem from her love life din charya is one of our readers, who  wrote to us in hope of an answer to the texts she never received. And being the helpful group pf mahilas that we are, Team Hauterrfly was quick to jump in to understand her problem and they came up with some amazing solutions to help her ride through the situation.

“I met this guy on a dating app. We had a great time chatting online and decided to meet for a lunch date. I wasn’t looking for something serious and would’ve been okay with a ‘friends with benefits’ kinda situation too. But you could say, our lunch date changed my mind. He was chivalrous, opening up to me easily, and making an effort to get to know me too. When he dropped me home, we hugged, and asked me to text him after, which I totally did. And even that conversation went on late into the night. I had positive vibes, or well, I allowed myself to think about a possible future of this relationship. And that’s when the other shoe dropped.

His replies to my messages started getting delayed and ultimately stopped. I had a feeling something was off, but my anxiety didn’t let me. We started drifting apart so suddenly. He legit ghosted me! It’s been over a week and we aren’t texting anymore. I want to know what happened so bad. I don’t know if I should just text him again and then feel horrible after the delayed, uninterested reply he’ll probably send me. But that curiosity is eating me up. What did I do wrong? Was it meant to go this way? Should I text him? Am I overthinking?”

Well, this is what Team Hauterrfly had to say regarding her situation:

It’s not uncommon to find a Casper or two on dating apps. Some of them can be really nice and chivalrous and like a dream come true but that’s not always the case. Plus, here’s the thing. I believe that most of us women are so used to bad boys putting minimal effort that when a guy does all the things they ideally should, we tend to see it differently. So, let’s just take a moment to assume that he was just being nice to you and maybe he isn’t looking for anything more. And there are loads of other possibilities. Maybe he’s not a big texter or maybe something is happening in his life, we don’t know anything for sure and while there’s nothing wrong with wanting to know but let me add this – if he wanted you, he would make time for you instead of ghosting you. If nothing else, he would have left a courtesy text explaining the situation or something along those lines. I would suggest you let him be and move on with dignity. Don’t bother asking him anything because not only will that make you seem desperate but it will also make you seem easily available and vulnerable.

“You Can Ask For An Explanation.”

Preeti Singh, Writer: First of all, guys on dating apps are quite weird. Like there’s a major difference in their words and actions, so it’s really difficult to judge their real personalities in one or two meetings. As you said, you both wanted a casual relationship, maybe he found someone else and thought that you wouldn’t mind if he stopped replying to you. But it’s always better to sort out your feelings and not jump to conclusions. If you’re okay with it, you can message him and ask for an explanation because it will not harm anyone to just answer a few questions and you will be able to move on from this self-blaming situation.

Jasveen, Writer: That’s cute that you had a date like that. It definitely is a rare situation. And we feel you, sis, ghosting is quite common and something which absolutely no one should practise unless it’s a random account calling you up for ‘bobs and vags pics.’ In your case, I don’t think he dislikes you. Or else he would’ve ghosted you the minute you guys were off of the dinner date. And if his delayed text messages started to bother you, then you should’ve enquired then and there. Not in a creepy way but a random ‘’hi’ and ‘hello’ would’ve worked well. But in this case, you guys are a week apart, and even he didn’t respond between that time bracket. Hence, it’ll be best for you to let the situation slip away. You deserve better. Don’t let this one guy affect you.

“Forget This Incident And Find Someone Else”

Ritu Sanghvi, writer: We’ve all seen all kinds of dudes on dating apps. Some are genuinely sweet, some creeps, and others ghosters (my name for those who ghost people). And by the looks of it, it seems as though the guy you are talking about falls in the third category – ghosters. Now, I know that when someone ghosts, some start questioning whether it was them, but the answer is “No, it wasn’t you”. I believe that you haven’t done anything wrong and it is just how this guy is. I mean, there is a possibility that he could be talking to a tonne of other girls in a similar fashion and must have taken his pick. So blaming yourself or thinking that you did something wrong isn’t the way to go. I would suggest that you forget this incident and find someone else. I mean, he clearly isn’t bothered then why are you pining for him?

“He probably wasn’t as great as you thought”

Priyadarshini Malavia, Writer: I know exactly where you’re coming from, having been a veteran on dating apps. And I understand how easy it is to fall down a rabbit hole of over-thinking when this kinda stuff happens. But as much as you like this guy, remember that he is the one who randomly chose to ghost you over talking to you in case you did anything wrong. And is that the kinda juvenile person you wanna keep around? Moreover, you were okay with something casual too, right? So why put this much of your emotional energy into this guy in particular? And if he ghosted you this easily, he probably wasn’t as great as you think he is. So keep your chin up high and have enough self-respect to not go pining over a guy you just met.

Baewatch: “Should I Tolerate The Toxic Drama If The Sex Is Good?”