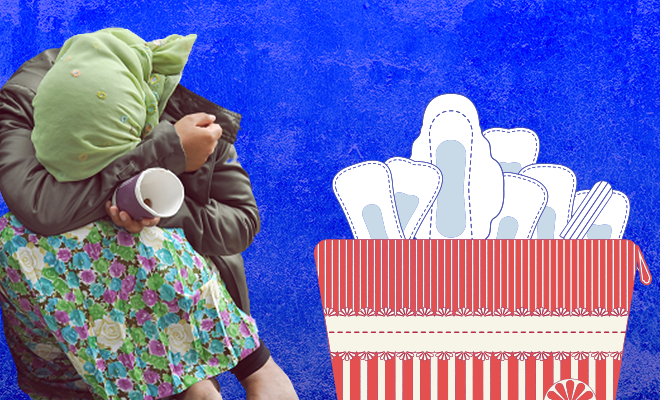 Women From Chennai Shelter To Make Sanitary Napkins For Schoolkids, Homeless Women. We Love This Initiative!

Up until a few years ago, even saying the word ‘menstruation’ would earn you a few death stares. It’s a very taboo subject and all that stigma that surrounds periods has caused tremendous problems for women in our country. One of the biggest being lack of access to menstrual hygiene products. Women living in rural, tribal or even urban slum areas are forced to use unhygienic alternatives like cloth or manure because they can’t afford sanitary napkins. This has caused widespread period poverty. In an attempt to combat this rapidly growing problem though, women from a shelter in Chennai have volunteered to make sanitary napkins and distribute them in schools and to homeless women. We love this initiative!

According to reports, nearly 30 women from the Surabhi shelter in Chennai have volunteered to make sanitary napkins. These will be distributed for free to young girls in school and homeless women. This is the kind of initiative that we need pan-India. Or even better, sanitary napkins need to be made affordable for the masses. If periods aren’t optional, why should proper menstrual hygiene be?

Also Read: The Tamil Nadu Government Has Taken An Initiative To Provide Free Sanitary Napkins To Urban Areas. We Are All For This

Simultaneously, these sanitary pads will also be distributed amongst homeless women and those living in corporation-run shelters. A few weeks ago, an NGO provided the Surabhi shelter with a vending machine and they also received ample raw materials. The women involved in this project are working tirelessly round the clock to meet their daily target of 200 sanitary napkins. So far, they have managed to make around 3,000. How amazing is this?

Needless to say, we are all for schemes like these. Our country needs to now focus on closing the problem of period poverty, in rural and urban areas. The women at the Surabhi shelter have set a great example, let’s hope more shelters and NGOs take up such projects.

The Khalsa Aid Group Is Providing Free Sanitary Pads To Women Farmers Facing Problems With Menstrual Hygiene During The Protests Against Farm Laws.

GET HAUTERFLY IN YOUR INBOX!
Related ItemsFeaturedChennaiPeriodTrendingmenstruationperiod-povertywomen in shelters to make sanitary napkins