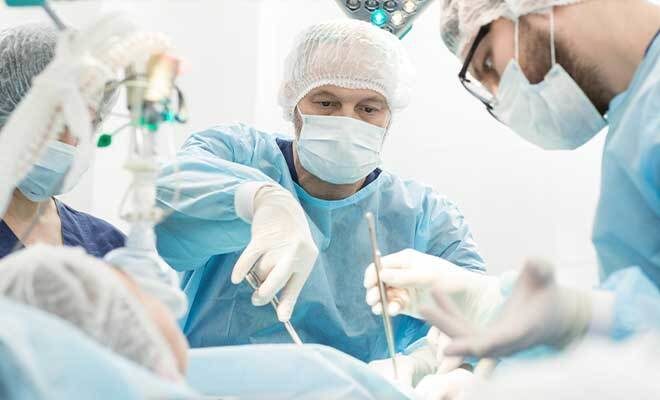 Women Have A 32% Higher Risk Of Death If Surgeon Is Male, Says New Research

While I have always had a lot of respect for those in the medical field, I think the past year has made me value the medical industry more. We all want to be able to rely on our doctors and not have to worry about side effects. Moreso when you’re undergoing surgery, considering that most surgeries have some level of risk involved, you want to be able to fully trust your surgeon. While I don’t question or distrust the medical professionals, I am surely paranoid after reading about this research that asserts that female patients have a 32% higher risk of dying if their surgeon is a man.

These findings have started discussions on the surgery being a largely male-dominated field and men who have “implicit sex biases” may cause female patients to suffer through higher risks.

Dr Angela Jerath is an associate professor and clinical epidemiologist at the University of Toronto and is also the co-author of these findings. She said, “These results are concerning because there should be no sex difference in patient outcomes regardless of the surgeon’s sex,” she also said, “On a macro level the results are troubling. When a female surgeon operates, patient outcomes are generally better, particularly for women, even after adjusting for differences in chronic health status, age and other factors, when undergoing the same procedures.”

Also Read: Inspired By Kabir Singh, This Man Pretended To Be A Surgeon And Extorted Money From Women. And They Say Movies Don’t Inspire People To Do Stupid Things

Dr Jerath and her colleagues studied the records of 13,20,108 patients in Ontario. These patients went through 21 common surgical procedures which were performed by 2,937 surgeons between 2007-2019. The surgeries included hip and knee replacements, weight loss surgery, removal of an appendix or gall bladder and many more complicated procedures such as an aneurysm repair, brain surgery and, heart bypass. For every 1.3 million operations that were studied, the details of the procedure, along with the sex of the patient and surgeon were taken into account.

Men who had the same procedures done had the same outcomes regardless of the gender of the surgeon. However, women were found to have better outcomes when a woman was the one performing the surgery. There was no difference between male and female patients when the surgeon was a woman. According to reports in The Guardian, Dr Jerath gave some credit to male surgeons saying, “there are some excellent male surgeons who consistently have good outcomes, what is concerning is that this analysis does signal some real difference among male and female surgeons overall where practice can impact general patient outcomes.”  Additionally, patients that are women also were shown to have a 16% higher risk of complications and an 11% higher risk of readmission to the hospital. Female patients were also 20% more likely to have to stay in the hospital longer.

Dr Angela Jerath said that considering both genders get the same medical training the problem lies elsewhere. She reasons, that “implicit sex biases” cause surgeons to  “act on subconscious, deeply ingrained biases, stereotypes and attitudes” might be a possible explanation to these findings. She also said the men and women’s interpersonal relationships and communication skills might also be a factor.

A Study By European Space Agency Will Explore Impact Of Space Travel On Female Body. This Is Good!