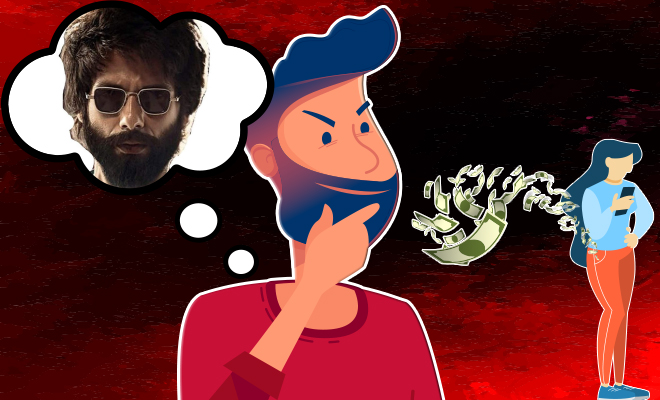 Inspired By Kabir Singh, This Man Pretended To Be A Surgeon And Extorted Money From Women. And They Say Movies Don’t Inspire People To Do Stupid Things

As you all might know, Shahid Kapoor and Kiara Advani starrer Kabir Singh started a nation-wide backlash for its portrayal of toxic masculinity. The one good thing that did come out of it was the important dialogue about toxic masculinity. The movie glorified violent and destructive behaviour, especially in relationships. During the whole controversy, arguments like “cinematic leeway”, “It’s just a movie”, “artistic freedom”, “art for art’s sake” were presented in defense of the movie. But here’s the thing, all its defences were weak and definitely did not justify why Kabir Singh was riddled with so much disturbing content. Perhaps the most disgusting bit of it was that the character doesn’t have to face the ramifications of his actions. Or we thought that’s was the worst part. It’s been a year to its release are we are dealing with the ramifications the movie caused, so no, that was not the worst part.

We all know how impressionable we are when it comes to Bollywood movies. It is, after all, one of our biggest sources of entertainment and inspiration to do all sorts of things. So, it shouldn’t come as a huge shocker when I say that Kabir Singh,  inspired a man to pose as an orthopaedic surgeon on dating apps and extort money from gullible women.

The 31-year-old conman Anand Kumar, along with his co-conspirator Priyam Yadav, has been arrested in New Delhi. This whole matter came to light after the police received a complaint filed by a woman doctor who had been duped by Anand.

Also Read” An Obsessive Lover Killed A Girl And People Are Blaming Kabir Singh For It. Even We Think It’s Ridiculous

Anand set up a fake profile on Tinder under the name of Dr Rohit Gujral and matched with this woman doctor. They got talking and soon Anand using the alias of Dr Rohit promised to marry this woman. He made her transfer Rs 30,000 to his bank account. According to the police, he also blackmailed her and threatened to expose private pictures and videos that she had sent him.

Apparently, Anand used to run an event-management firm and had access to pictures of struggling models and actors. He used one of their pictures to make these fake profiles. Deputy Commissioner of Police (Cyber Cell) Anyesh Roy said, “He used the pictures of one of these men to create a fake profile on various dating apps like Tinder, Bumble and matrimonial sites like Jeevan Saathi, by the name of Dr Rohit Gujral, claiming to be an orthopaedic surgeon.”

Upon being interrogated by the police further, Anand admitted that he got the idea of catfishing and conning women by pretending to be an orthopaedic surgeon after watching Kabir Singh. Once he had lured the women into his trap and had convinced them of his intention of marrying them, he would ask them for money on the pretext of his mother’s treatment. Anand also managed to convince them to send him nudes and private videos that he later used as leverage for blackmail.

Also Read: Kabir Singh Becomes The Most Searched Film Of 2019. We Are A Nation That Loves Its Toxic Masculinity.

The police said, “Kumar had been doing this for four months and conned many women. A few of them thought that he was in a ‘difficult situation’ but would marry them eventually. One woman even applied for a loan of Rs 5 lakhs for Kumar.”

This case is proof enough that there is no defence strong enough to justify movies like Kabir Singh. I understand that the toxic masculinity that has been glorified in the movie has nothing to do with Anand Kumar conning all those women and that you can’t not show a certain profession in movies because of who might get inspired. But when filmmakers throw their hands up, saying movies do not inspire people in real life, they should be shown these news reports.

To me, it just seems like the movie is still inspiring people to do utterly stupid shit and it’s going to be a long time before we completely live down all damage done by it.

Kabir Singh Is Not A Hero. He’s A Sexist, Abusive Alcoholic. It Scares Us That It’s Doing Well At The Box Office