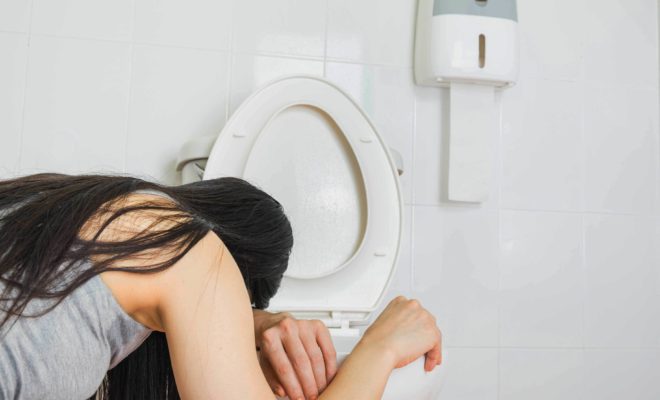 A Woman’s Rare Condition Has Her Vomiting More Than 70 Times A Day. Yikes!

You have to agree that our bodies are quite a mystery. I mean, every now and then we hear about new diseases and conditions that are out there. Some that we don’t even know about and some that are so rare that we haven’t even heard of them. These conditions can take quite a toll on your body and even on your pocket. Take the instance of this woman who has a rare condition called gastroparesis (no, I can’t pronounce it. I tried) where it has her vomiting more than 70 times a day. Yikes, sounds painful.

A 39-year-old woman named Leanne Willian from Bolton has an extremely rare, long-term chronic condition called gastroparesis that causes food to pass through the stomach very slowly. This means that her stomach doesn’t empty out in the normal way like other people.

The woman was diagnosed with the condition back in 2008 after which a gastric pacemaker was fitted in her to ease the vomiting. But unfortunately, the battery of the device ran out after two years and since then she is back to throwing up at short intervals- more than 70 times a day.

In fact, as per the reports, due to the condition, Leanne experiences constant nausea and pain. Her condition makes her housebound and there are times when she is unable to eat or digest anything.

Speaking to Leanne’s mother about her daughter’s condition, the mother revealed that the batteries are extremely hard to find and a replacement of the pacemaker would cost up to £10,000.

Leanne Willian opened up about what it was like to live with her rare condition and said, “The worst part is that it took me away from my daughter and my family because I was always being sick and in pain. As a baby, I had really bad reflux. I was always a sickly child. When I had my daughter at 22, it got progressively worse. It was horrible, it was draining.” She further added, “Before I got diagnosed, I was being sick all the time. Everything I drank just came back up. I couldn’t keep it down. When it would stop working was always in the back of my mind.”

Also Read: Mother Seeks Permission To Sell Kidney To Put Her Daughter Through Medical School Because The Scholarship Money Was Not Released

Her condition makes it difficult for her to work and so for the last two years, she has been jobless and has not seen her family or friends for a long time. She even has set up a GoFundMe page to raise money for a new pacemaker and so far the page has collected over £3000.

It breaks my heart to hear that a woman because of her condition has to stay away from her family and friends because she is vomiting so much. I mean, we all experienced it when we went under a lockdown but this woman has been going through it for years. I really do hope that she collects enough money for a new gastric pacemaker.