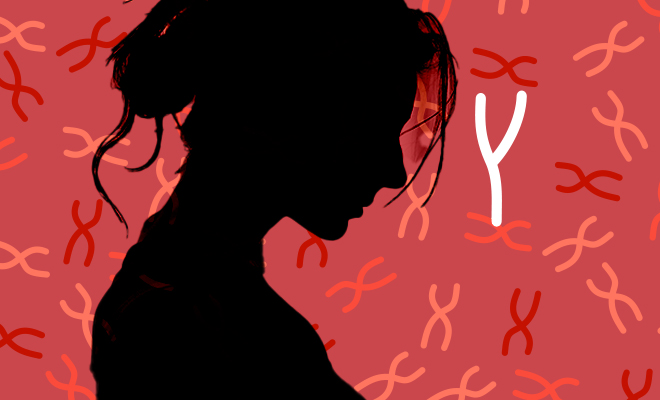 This Woman Lived Her Life Not Knowing She Had Male Chromosomes. The Condition Is Called Androgen Insensitivity Syndrome

Going to the doctor is a scary experience for many. We don’t like being in the dark about what’s causing us pain or discomfort, but there’s also the fear that finding out will make it worse. There are so many health conditions that we are unaware of, to the extent that we wouldn’t even know if we ourselves were suffering from them. Lack of access to healthcare, bad judgement, or a mistake on the doctor’s part could leave a medical condition undiagnosed for years.

Recently, a woman found out some shocking information about her own body when she consulted a doctor for her abdominal pain. The 30-year-old from Birbhum visited Netaji Subhas Chandra Bose Cancer Hospital complaining of severe pain in her lower abdomen. When clinical oncologist Dr. Anupam Dutta and surgical oncologist Soumen Das conducted her medical tests, they realised that she was genetically male and suffering from testicular cancer. The woman has a condition called ‘Androgen Insensitivity Syndrome’, where the patient is genetically male but has the physical traits of a biological female. This means that her chromosome complement was not XX as is found in a biological woman, but XY. Only one in every 22,000 people is born with this rare condition.

For thirty years she led a normal life with no complications, until recently, while treating her for abdominal pain, when doctors discovered that she was a 'man'#Kolkatahttps://t.co/3tlSSHTxuf

“From her appearance, she is a woman. Starting from her voice, developed breasts, normal external genitalia, everything is that of a woman. However, uterus and ovaries have been absent since birth. She has also never experienced menstruation,” Dr. Dutta told PTI.

“We conducted clinical examinations, after she complained of abdominal pain, and found out she has testified inside her body. A biopsy was conducted, following which she was diagnosed with testicular cancer, also called seminoma,” Dr. Dutta explained. “As her testicles remained undeveloped inside her body, there was no secretion of testosterone. Her female hormones, on the other hand, gave her the appearance of a woman.”

The woman is now undergoing chemotherapy, and her health condition is stable. She has lived as a woman all her life with no complications, and has been married to a man for almost a decade. As it turns out, they have tried to conceive several times, but to no avail. The doctors at the hospital are counselling the couple regarding this new discovery. They have suggested that they continue their life as normal.

The woman’s 28 year old sister and two of her maternal aunts have also been diagnosed with Androgen Insensitivity Syndrome. The doctors have said that it could be in the genes.

ALSO READ: A Judge In The Karnataka High Court Said It Was “Unbecoming” Of A Woman To Fall Asleep After Rape. That’s An Extremely Poor Choice Of Words.