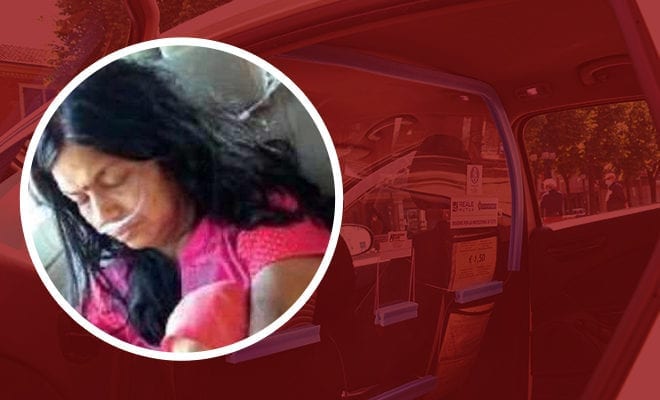 UP Siblings Make Isolation Ward In The Car For Their Covid Positive Mother . This Is Incredible!

If there is anyone on this planet that we would do anything for, except maybe for our pets, it is most definitely our parents. Almost as protective of them as they are of us, children have one of the most strongest instincts to make sure nothing ill ever befalls their birth-giver. And we are even more convinced of the fact after two siblings went out of their way to make sure their mother is tended to while she struggled with COVID. The brother-sister duo of Akash and Payal Singh drove all the way from Lakhimpur Kheri to the city of Lucknow to ensure that their Covid positive mother has dialysis done in time. What is commendable and notable here is the fact that the two did this while converting their own car into an isolation ward for their mother.

Packed up in the front seats as they made a comfortable make-shift isolation ward in the backseat for their mother, these two siblings travelled for 4 long days, taking care of their mother as she suffered from bad health.

Two siblings from UP converted their car into an isolation unit after their mother caught Covid-19.https://t.co/FC35uJdRoq

Also Read : Woman At A Beach In Hawaii Got Bikini Shamed By An Angry Mother. What Are We Supposed To Wear To A Beach?

The two had been making the same journey back and fourth for years, as they would accompany their mom for a dialysis. And they were supposed to return the very day they came for a dialysis, except their mother started to develop a fever, and the hospital demanded an immediate RT-PCR report.

Payal shared, “We gave her samples for the test but since she was a suspected case of Covid-19, we had no other option but to spend the night in our car in the hospital’s parking lot and bought food from local joints. Going to any relative’s place or hotel would have exposed them to infection.” Their mother tested positive the next day and the hospital refused to conduct dialysis.

It was then that they sought the help of their friends and family and could arrange a private hospital to agree to carry out their mother’s dialysis. However, at the end moment, they cancelled the appointment and their mother’s oxygen levels started to drop.

“There was no oxygen-supported bed in the hospital. Going back to Lakhimpur or any adjoining district was not an option. We frantically called helplines but nothing worked. However, through a contact, we got five small oxygen cans for Rs 1,300 that lasted for only a few minutes,” shared Payal. The family that was already struggling, decided to stay that day in Lucknow as well, after they convinced the hospital to carry out her dialysis if and when her oxygen levels would be better.

“To maintain her oxygen levels, we made mother her lie in prone position on the backseat and spent another night in the car, simultaneously searching for oxygen cylinder. Help came on April 23 when my father brought a cylinder from Lakhimpur in a hired car. We put her on oxygen support in the car itself and sent our father home to protect him from infection,” she further went on to say. Despite continued efforts to find a hospital where they could admit their mother to for Covid, they came up empty handed.

“We made hundreds of distressed calls during this period – one brought hope, another ended in disappointment. Since all well-wishers kept trying for bed and motivated us all along, we pushed on. My mother also showed exemplary determination. Finally, on April 24, my mother got a bed in RMLIMS. After her condition stabilised, she was discharged on April 30,” shared the sister.

Meanwhile, her brother Akash tested positive for the virus and Payal managed to arrange everything from food to medicines to other basic supplies. She shared, “We had only Rs 12,000 when we reached Lucknow and had to ask our father to transfer more money. All this while, we used public toilets and sanitised seats with sanitiser spray after usage.”

The efforts that the two siblings put in to keep each other safe and survive during such a stressful time, and while their mother was battling with covid, was not just inspiring, it was exceptional. The young children kept in mind every precaution and yet did not give up on ideas or resources to make sure they survive the crisis, and how. We are glad the family is back home and is safe now!

Also Read : Former Doordarshan Director General Archana Datta Lost Her Husband And Mother Within An Hour Of Each Other To The Coronavirus.