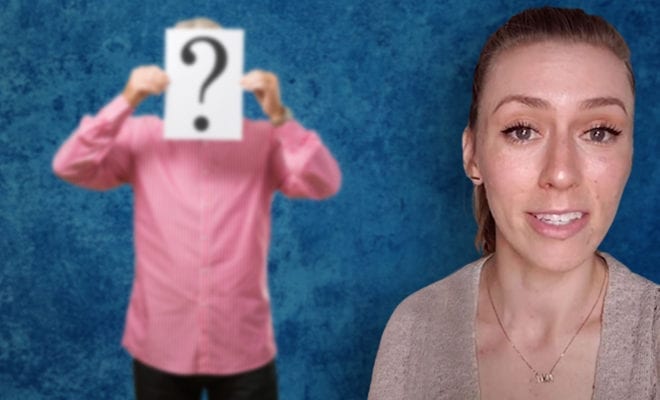 This Woman Was Ghosted By Her Boyfriend Of Two Years. When She Filed A Missing Person Report, She Was Told He Doesn’t Exist

Taking my entire dating history into consideration, I can honestly tell you that I have no idea what I am doing most of the time. I think this is the case with most people, isn’t it? There is a concept I particularly struggle with though- ghosting. I have been on both ends of that road and it’s never fun. In fact, very recently, I was ghosted by someone I was talking to on Instagram. One day we were having a fun conversation about music and pets. The next it was as if we were complete strangers. I was scarred. But what makes it better is that I know a lot of you can relate to me. However, today, we are talking about a woman who was ghosted in probably the most horrifying way possible.

TikTok user Kathryn made a video explaining the bizarre way in which she was ghosted by a man she was dating for two years. Brace yourself. You see, one day, after informing her that he had contracted the coronavirus, this man stopped responding completely to Kathryn’s texts and calls. It was like he had fallen off the face of the earth. So she decided to do what any sane person would’ve done- file a missing person report. Once she did that, she found out that the man she was dating did not exist at all. There was no record of him anywhere. Can you imagine the horror?

Also Read: This Woman Invited All The 16 Men She Matched With On ONE Date. Awkward

Kathryn was participating in a TikTok challenge that asked people to share the worst way in which they had been ghosted. If it were a competition, she would’ve won. Hands down. In the video that was captioned, “The irony of being ghosted by someone faking their death is just *chef’s kiss*” Kathryn said, “I was with a man for two years and I thought I was going to marry him, have his babies and spend the rest of our lives together. But then Covid hit and he, unfortunately, told me that he thought he had it. He said he was thinking about going to the hospital because he felt so bad but then miraculously he was starting to feel better. Further adding “It was that same day he told me he was feeling better, that I never heard from him ever again. He suddenly stopped responding to all my calls, all my texts. A week later his phone went right to voicemail.”

Naturally she “freaked out” and started calling all the hospitals assuming the worst. When she could not get a hold of him anywhere, she decided to file a missing person report. When she did that, she received the shock of her life. In the video, Kathryn said, “And you know what they told me? They told me my boyfriend did not exist. So not only did my boyfriend ghost me by faking his own death, he also had lied to me for two years about his real identity.”

This is like the plot of a movie. One that would be a blockbuster hit. I love everything about Kathryn’s story. Even her caption is on point. It really is very ironic that she was ghosted by someone who was trying to fake their death. It’s so tragic. Here’s the thing though, I think the pandemic saved her from settling down with a man she didn’t know anything about. So in a way, whatever happened was a blessing in disguise. Don’t you think?

Online Dating is Quite A Task For Ambiverts. Here’s Why I Find It Hard To Remain Interested