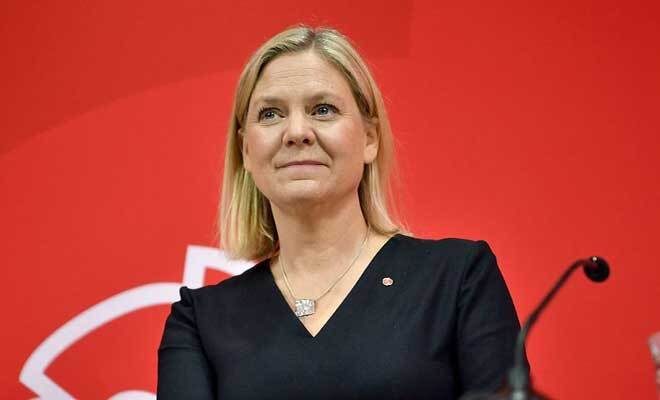 These days, more and more women are getting into politics and that is amazing. From Priyanka Gandhi talking about women being given 40% more seats to Kamala Harris being the VP of the US and making history, we can see change slowly but surely taking over. While I do not believe that we are anyway close to true equality between genders, we are trying to get there. More and more countries are looking to be more inclusive and even Sweden has joined the change. Sweden’s parliament is all set to elect their very first female Prime Minister.

Sweden is finally prepared for Finance Minister Magdalena Andersson to be their first female Prime Minister this Wednesday, hours after she secured a last-minute deal confirming key support. 54-year-old Magdalena Andersson, earlier this month, became the leader of the social Democrats and arrived at a deal with the Left Party late on Tuesday which talks about raising pension for exchange in its backing in Wednesday’s vote in the Parliament. “We have reached an agreement to strengthen the finances of the poorest pensioners,” said Andersson according to reports. Left Party leader Nooshi Dadgostar told the Swedish radio that they won’t be blocking Andersson. Magdalena Andersson has already received support from the Centre Party and the Social Democrats’ coalition partner the Greens.

However, it was observed that she could still be thwarted by the Centre Party. The leader of the Centre Party Annie Loof refused to comment late Monday on their deal with Anderson. The voting will happen at 0800 GMT. Magdalena Andersson would be taking over from Stefan Lofven who has been the Prime Minister for 7 years and already resigned on November 10 which was expected as he wanted to give his successor time to prepare for the September 2022 elections.

I for one find joy in the fact that the girls and women of today have women like Magdalena Andersson to look up to. With the rise of powerful women like Kamala Harris, Jacinda Ardern and Alexandria Ocasio-Cortez, the quote, “Here’s to strong women. May we know them. May we be them. May we raise them,” feels more real than ever.

Pakistan PM Calls The Nurses That Attended To Him Angels. Which Has Us Wondering, Why Are Nurses Considered Sexy?