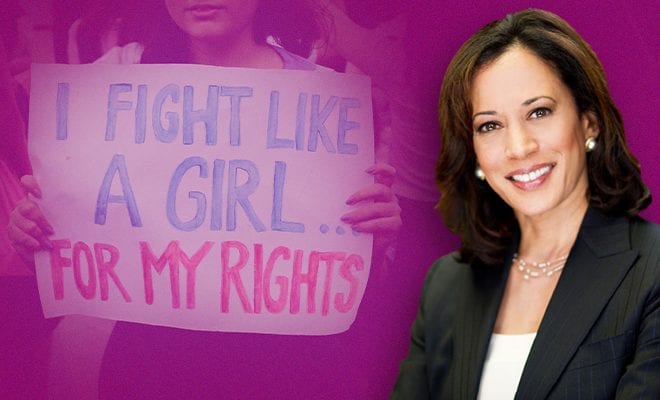 I am a staunch believer that men and women were created equal. I believe that a person should be judged based on their skills, abilities, talents, etc. rather than the gender they identify with. When we as a society start considering men and women equal, we will be able to create that is inclusive. And a society that is all-inclusive is stronger and far more superior than the one we live in. Gender equality is not just about men and women as individuals but also about society as a whole. Recently, at the United Nations Women Generation Equality Forum, United States Vice President Kamala Harris talked about how gender equality is crucial to forming a strong democracy. In her video speech, she focused on talking about those women who are not given freedom of speech or the right to vote and who need to fight for those rights. She even made it clear that those who are fighting for these rights will get complete support from the United States.

At the Generation Equality Forum hosted by the French President Emmanuel Macron, Kamala Harris said, “Use the tools for democracy, whether that is the freedom of speech or the freedom to vote. And if you do not yet have those freedoms, fight for them and know we will fight alongside you.” She also added that “If we want to strengthen democracy, we must fight for gender equality. Because here is the truth: Democracy is strongest when everyone participates and it is weaker when people are left out.”

Kamala Harris was absolutely right when she said that democracies in most countries around the world were in shambles. Just look at what is happening in our own country! But that needs to change for the better. One of the other speakers in the forum, Melinda Gates also mentioned that the Gates Foundation will be directing $2.1 billion to support, promote, and strengthen gender equality. The money will be divided in a way that more than half would go in support of the sexual health and reproductive rights of women, and the other $100 million would be focused on helping and supporting women get power positions in workplaces and government.

According to Melinda Gates, women should not only have a seat at every table but they should also be in every single place where policies and decisions are being made. That is gender equality in its truest sense. And I couldn’t agree more with both Gates and Kamala Harris. A society that not only invites them at every table but also includes them in decision making – is a society that can withstand the worst of times. Gender equality is not just an idea that has been brewing over the years, it is a reality that is slowly coming to life. And a reality that is very much needed.