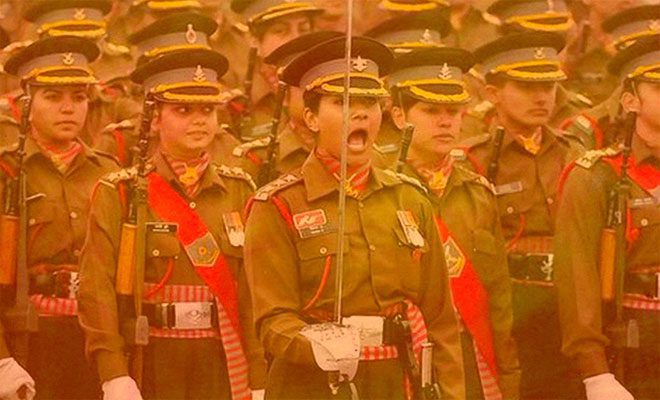 In the past few months, despite the incidences of crimes against women, India has made some strides in terms of gender equality. For example, three women judges were appointed to the Supreme Court and one of them is in line to become the first woman Chief Justice of India—it’s a pretty sweet thing. And now coming to the orders passed by the Supreme Court to ensure gender equality, is just empowering to see. Yep, the Supreme Court recently ordered the government to allow women to take the upcoming NDA exam in November, instead of May 2022. Why? Because gender equality waits for no one!

Recently, the Supreme Court of India passed an order that stated that all women candidates should be allowed to appear in the upcoming National Defence Academy (NDA) exam in November 2021. They stated that the issues regarding gender equality cannot be further postponed.

The Supreme Court’s decision came right after the Defence Ministry informed the court that women candidates will be allowed to appear for NDA exams in May 2022. This notification came after the government had assured the Supreme Court, on September 8, that the intake of women into the NDA was already being taken into consideration by the Armed Forces. The affidavit submitted by the Defence Ministry on Tuesday states, “Entrance exams for entry into the NDA are held twice a year and the government proposes to have the necessary mechanism in place for induction of women candidates by May 2022. That is the time by which UPSC is expected to publish its first notification for the entrance exam.”

The reason that was given by the Defence Ministry in the affidavit was that they needed time to prepare proper medical standards for women candidates as there is for men. And setting up medical standards for them would take time. In response to that, the Supreme Court stated, “Women must be allowed to take the November 2021 exams. Cannot defer for one year. Medical standards should be tentatively notified. UPSC to issue a corrected notification for the November exam.”

As per India Today, the Supreme Court further added, “Effectively, what is being requested is that the present exam of November 21 be skipped as far as the entrance of girls is concerned. We have given thought to the submissions. It will be difficult for us in this situation as the aspirations of women have risen.”

The fact that the Supreme Court is pushing towards gender equality and forcing the government to start including women in the Army, Navy, and Air Force through the NDA is commendable. It finally feels as though there is one body in the Indian society that is genuinely making an attempt to eradicate issues of gender equality and give fair chance to both gender groups.