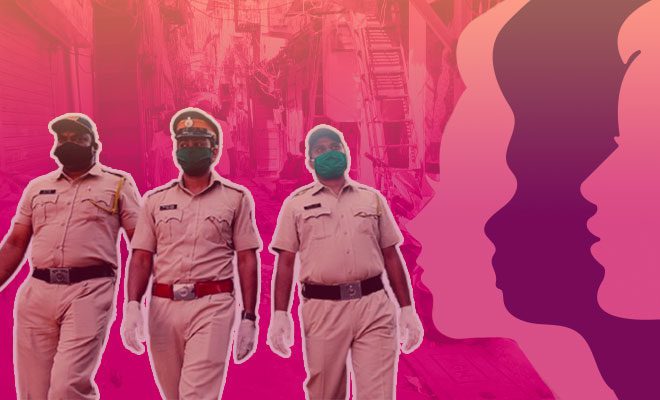 Do I really need to say it again about the increasing rates of crime against women? Do I really need to talk about the increasing rape cases that are taking place throughout the country? Do I need to re-highlight the fact that women are unsafe in the country? The answer is yes. I do need to and we will have to talk about it until we see some considerable improvement. And while doing that, I will also talk about how the law enforcement in the country is failing to provide a safe environment for Indian women. Having said that, I’m not going to deny the fact that there are steps being taken to prevent crime against women. Recently, Mumbai police came up and set up the Nirbhaya Squad that is put in place to ensure women’s safety.

The Nirbhaya Squad aims to address all the criminal cases that have taken place against women in the city. Mumbai police’s initiative of setting up the Nirbhaya Squad came into the picture after a woman in the Sakinaka area of the city was raped and brutally assaulted with a rod. She died last week.

One of the Mumbai police circulars addressed the Nirbhaya Squad and stated, “Girls and women who are out of their houses for school, college and job purposes are harassed using phone calls, messages, and/or e-mails. The ‘Nirbhaya Squad’ is being set up with the aim of creating a sense of respect for women in society and creating fear of the law, as well as for the eradication of oppression and harassment of women.”

As per Times Now, the Mumbai police guidelines for Nirbhaya Squad consists of a women safety cell that should be a part of every police station, five mobile patrol vehicles of every police station should be called ‘Nirbhaya Pathak’, a female officer of ACP or PI rank should be appointed as a nodal officer, every squad should have one female PSI or ASI rank officer and also female and male constable along with a driver, and all the members of the squad will be given a special training of two days.

In fact, Hemant Nagrale, the Mumbai Police Commissioner, stated that along with the Nirbhaya Squad other measures will be taken to ensure women’s safety in Mumbai. The measures include the installation of CCTV cameras, lights for dimly lit areas, and intensifying patrolling by marshals and mobile patrol vehicles. He also has directed police personnel to identify deserted stretches throughout the city and intensify patrolling in those areas.

The Mumbai Police Commissioner also directed the police force to make a list of all the offenders that are arrested in the criminal cases against women and initiate preventive action against them. He also has asked the force in the police control room to quickly acknowledge all the distress calls related to women.

After the Sakinaka rape case, Mumbai police seem ready to deal with crimes against women with the Nirbhaya Squad that they’ve set up. The initiatives and measures that are taken by them are much needed. And I honestly do believe that, if the Nirbhaya Squad and its guidelines are executed properly, then the crime rates against women might go down. It all literally boils down to execution. And only time can tell if this setup works. I, for one, really hope that it works.