Pakistan Grants Permission For The Aurat March To Its Women On Account Of Women’s Day. But Only If They Are Decent 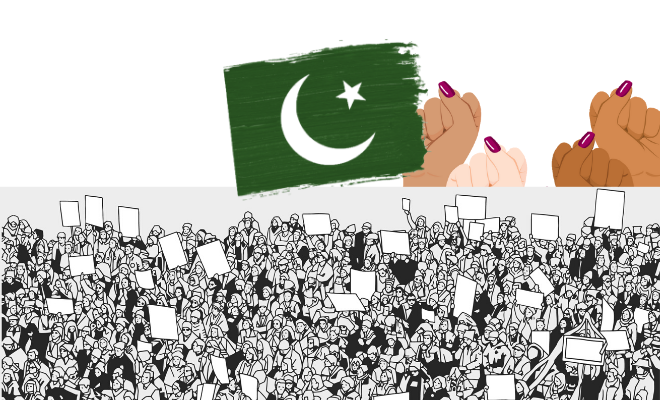 My mother tells me that I must never foster hate or dislike for anyone or anything in my heart, for it’s never really worth it. I struggle with the practice on the daily, as I keep coming across people who are complete morons and it takes all of my patience to not run over them. Having said that, sometimes those people turn into a large group (predominantly men) who have always sought to pull women down and keep them under the thumb. And while that is one way to express your dislike for someone, we women would rather show you that we are done with your bullshit but in a calm manner. Through way of protests and mass movements, for instance.

As women across the world muster the courage to step up and speak against the oppression we have been facing for centuries, it’s also nice to see countries like Pakistan where violations of rights is a regular thing, take a step in the right direction, no matter how tiny and how late. We say this after a Pakistani court gave a thumbs up for the country’s largest women’s rights event to take place in Pakistan. The event that has been happening for two years now and is called the “Aurat Movement”, where Aurat is an Urdu word for women, has been celebrated on account of International Women’s Day. And is once again set to take place, this time with prior permission and protection from the authorities.

Even though the court handed out the permission, it did it with a few strings attached. The court requires that the organisers and participants adhere to “decency and moral values”, and we are not quite sure of what that means, we are glad that at least they’ve not said an outright no, considering it seems to be their favorite response for anything that the women ask for. And don’t get us wrong, we understand that it’s not like India stands at a much better place than them in terms of offering even the basic rights to women, or keeping them safe, but at this point, even the tiniest gesture sparks a little hope, and that we are all up for.

Meet #KhalilurRehmanQamar the Pakistani rectum who abused @MarviSirmed with shocking near-four-letter words on live TV. Yet, it is him who is rocketing in popularity, not her.

Also Read : This Lady Cop Brought Her Baby To Work Because Women Are Multi-Tasking Stars And Let No One Tell You Otherwise

This development, if it can be called that, came about because last month saw a petition to consider placing restrictions on the organizers and participants of the upcoming march, who the complainant claimed to have an agenda to “spread anarchy, vulgarity, blasphemy and hatred” against Islam. Because somehow women demanding equal rights as men is against religious norms, and that is a threat that most men just can’t deal with. However, in a surprising turn of events, the court instead granted permission for the March.

A lawyer for the movement, Saqib Jilani told Reuters that, “The court remarked that the participants should not ignore decency and moral values while carrying placards and chanting slogans.” And this after the conservatives in the country felt offended by even the most basic slogans over the last two years that said, “My body, my choice!”, “My body is not your battleground!” and “Stop being menstrual phobic!”

For whatever it may be worth though, this is a step towards a more progressive world for women and for that we are glad!

Also Read : Women Cannot Avail Maternity Benefits For The 3rd Child If They Have Twins The First Time. This Makes No Sense