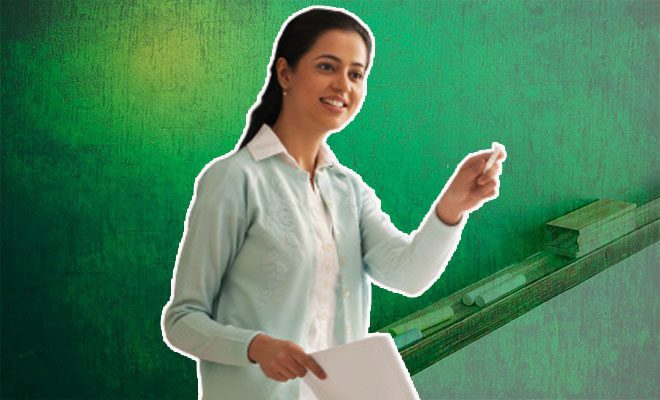 Pakistan Bans Female Teachers From Wearing Jeans, Tights, And T-Shirts. This Is Getting Ridiculous!

No matter where in the world you live, if you are a woman, then there is a good chance that you’ve been told what and how to dress more than once. And it doesn’t matter what position you are in. People in society believe that it is completely fine to tell a woman what and how to dress rather than giving her the freedom to choose. There are times when they turn their opinions into rules and laws that further ensure that a woman is dressed according to societal stereotypical standards. Just take the example of Pakistan, which has now banned female teachers from wearing jeans and t-shirts or even tights.

Recently, Pakistan’s Federal Directorate of Education (FDE) put out a notice that states that female teachers are not allowed to wear jeans, t-shirts, and tights. On Monday, the director of academics sent a letter stating the same to all the principals of schools and colleges.

According to the letter, the principals are supposed to ensure that each and every staff member “observes reasonably good measures in their physical appearance and personal hygiene.” The letter doesn’t end there. It goes on to describe some more measures.

Also Read: In Pakistan, A Woman TikToker Was Brutally Assaulted, Her Clothes Torn By A Large Group

The good measures described by the letter include regular haircuts, nail cutting, shower, use of deodorant/perfume, and more. As per the notice, women teachers are not allowed to wear jeans, t-shirts, and tights and have to follow these good measures during office hours and even when they are on campus, in official gatherings, and meetings.

Also Read: Violence Against Women And Children Is On The Rise In Pakistan, Says SSDO Report

After the Taliban issued a ban on sports and sporting activities for women, now Pakistan is also coming up with rules that dictate what a woman should wear. A woman, irrespective of where she lives, her caste, class, religion, etc. should have the freedom to wear what she wishes to. If the ban stated to dress neatly and appropriately, that would have made more sense; rather than telling the woman teachers what they can and cannot wear. If the concern is that teachers dressing in jeans is going to distract the male students, then maybe a different kind of education and learning that tells men that women can do whatever they want and none of it is an invitation to slam, judge or misbehave with them, needs to happen.