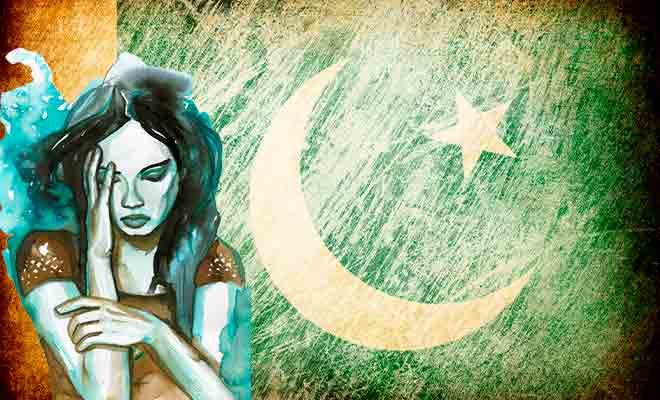 Violence Against Women And Children Is On The Rise In Pakistan, Says SSDO Report

According to the SSDO report, in just the first half of 2021, 6,754 women were abducted from Punjab, 1890 women were raped, 3721 women were tortured, and 752 children were raped. If these numbers send a shiver down your spine, brace yourselves for the emotion of anger to hit you next.

Also Read: In Pakistan, A Woman TikToker Was Brutally Assaulted, Her Clothes Torn By A Large Group

According to Zee News, the Pakistan Government figures show that 1890 women were raped, but out of those, only 396 rape cases were covered by the media. In fact, on August 30, 2021, the board of Trustees of Transparency International Pakistan (TIP) also expressed their concern and fear of the increasing violence on women and children. They even observed that the Pakistan that Muhammad Ali Jinnah had dreamt of was one where women and men were equal, but the administration of Pakistan has failed to make it a reality.

It really is horrifying to witness the number of cases of violence against women in Pakistan. This report comes in the wake of the incident where a woman TikToker was brutally assaulted by a mob of men. There was even a video of the incident that showed a large number of men mauling, groping, and tearing off clothes of the woman. The government and administration of Pakistan really need to pull up their socks and come out with strict laws that protect women and children against violence.

There is no denying that the situation of women around the world has been abysmal, and we’re actually moving backwards instead of forwards when it comes to women empowerment in the larger scheme of things. In Afghanistan, the Taliban is imposing strict laws that hamper women’s freedom in several ways. In the United States of America, one of its biggest states, Texas, has implemented a ban on six-week abortion, snatching agency from women to do what they want with their bodies. And in India, well, we have our own disturbing crime statistics that make us want to hang our heads in shame.