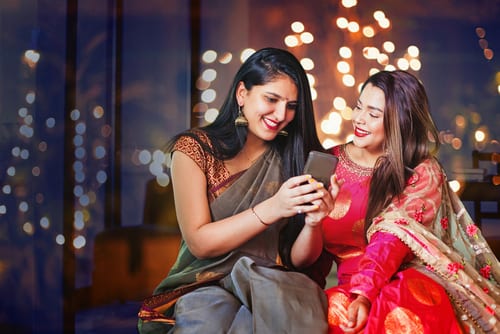 In many families, menstruation is still stigmatised and women on their period treated like untouchables. Some communities have huts where menstruating women go when they are banished during their period days. You are prohibited from entering the kitchen and the temple and some cultures will just expect you to not mingle as if you’re a walking containment zone. Many people, even youngsters who we expect to know better, stigmatise menstruation. But did you know there are festivals in India that celebrate it? Odisha is currently celebrating Raja Parba, also known as Mithuna Sankranti, a 3-day festival to embrace womanhood.

It is believed that mother earth is menstruating during these days as it prepares for the upcoming agricultural season. “It is believed that during this period Mother Earth menstruates & prepare herself for future agri activities with the arrival of monsoon,” Odisha Tourism Development Corporation (OTDC), chairperson S Mishra was quoted by ANI.

The name of the festival is derived from the word Rajaswala, which means a menstruating woman. It is believed that as the rain moistens the soil in Odisha, mother earth or the wife of lord Vishnu is menstruating in the three days. On the fourth day, Bhudevi, who is the wife of Lord Jagannath is worshipped.

“Due to #COVID19, we’re celebrating Raja Parba with a very low key. (As women don’t work during these 3 days) 7 vehicles of ‘Pitha On wheels’ will reach people’s doorstep in Bhubaneswar,” chairperson S Mishra told ANI.

A couple of people, amazed by this festival, pointed out there are more. “Wow! It’s very similar to the rituals observed at the Kamakhya temple in Guwahati where, mythologically speaking, the vagina and womb of goddess Sati fell,” a user wrote. “Without period, menstruation this universe is baren,” another user commented applauding Mother Nature.

ALSO READ: In This Indian Village, Menstruating Women Are Not Allowed To Fetch Water From The Village Pond Due To Superstitions

During these days, women refrain from doing household activities and spend time dressing up and enjoying themselves. However, could it adding to the patriarchal system wherein women are banished from the kitchen when they are menstruating? I mean, we know even the good traditions often get warped when it comes to orthodox families. Also, womanhood goes beyond fertility. But I guess I am asking for too much, let’s cross one bridge at a time. The heart of this festival lies in the right place – destigmatising menstruation!

ALSO READ: This NGO Smashed The Stigma Around Periods By Organising A Feast Cooked By Women Who Were Menstruating. We Love This So Much