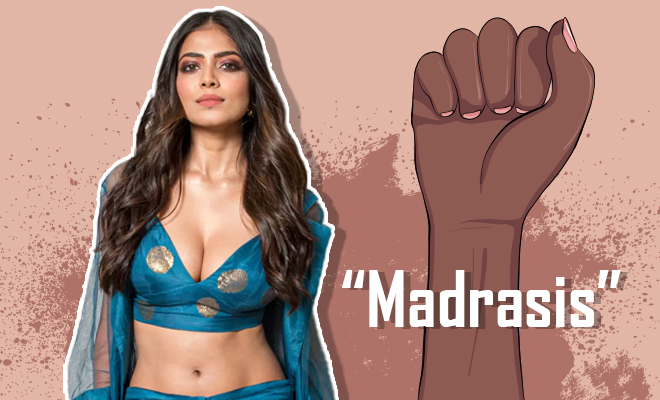 Malavika Mohanan Pens An Open Letter About The Causal Racism That Exists In India. And It’s The Bitter Truth

The brutal murder of George Floyd in Minnesota, USA sent shock waves throughout the world. It’s no secret that the world is riddled with racial discrimination but right now, USA is in the throes of it. As a result, George Floyd, like countless people of colour before him, lost his life. When he was arrested by four white policemen, he was not armed nor was he aggressive. But based solely on the colour of his skin, policeman Derek Chauvin pinned him down and kneeled on his neck, eventually choking him causing his death. The murder of George Floyd represents the brutal racism that African-American people in America face every single day just because, well, they weren’t white.

As soon as the news of Geroge Floyd’s death was out, protests broke out in most parts of America. Yes, those protests turned extremely vicious and violent very fast because it was fuelled by the anger against law enforcement that had been bottled up for so long. As you might know, on Tuesday there was a silent protest with the hashtag #BlackoutTuesday. A lot of people from around the world, Bollywood celebrities included posted a blank black picture on their social media to show solidarity towards the Black Lives Matter movement.

On this occasion, actress Malvika Mohanan took to Instagram to point out the casual racism and colourism that exists within our own society. Before we dive into the letter let me give you a for instance. I was 5 years old when a relative told my mother that she should make me do yoga regularly and put haldi paste on my face to make me fairer. I am in love with my dusky skin but this problem of colourism and racism happens everywhere. And many times they don’t even realise what they said wrong because well, age-old beauty standards.

Also Read: Here’s Why This Pic Of An African-American Woman Kneeling In Front Of Armed Policemen Is So Significant

Anyway, Malvika made some extremely eye-opening points. She started off by talking about how a friends mother told him to not drink tea so that he does not turn as dark as her. She goes onto talk about how this casual racism and skin-colour bias affects us all on a global scale.

My favourite part of her letter read, “This left me perplexed because it was the first time somebody had made a comment like that with a mean undertone about my skin colour.

Also Read: Adline Castelino, Miss Diva Universe 2020, Revealed Her Dad Was Disappointed By Her Dark Skin. It’s Such A Shame

Personally, I have never understood how something like the colour of my skin affects who I am. Beauty standards have always dictated that fair-skinned people are inherently beautiful, whereas dark-skinned people should strive as hard as they can to become fair.

In this very well-penned letter, Malavika points out an even bigger problem is the not-so-in-your-face kind of racism and skin-colour bias that is very prevalent. Every dusky-skinned girl has heard those snide comments about her skin, it happens all the time. Just look at the sales of Fair and Lovely, that’s all the proof you need.

Unfortunately, this happens often in most Indian houses. If a girl has dark coloured skin, she is offered like a thousand different nuskas to become fairer. In extreme cases, she is treated like vermin compared to fairer-skinned girls. This is the reality and it doesn’t only happen in America but in our own backyards too.

If we want to see change on a global scale, maybe we need to start small.

Shilpa Shetty Says She Was Insecure Of Sister Shamita Shetty Because Shilpa Was Darker. When Will We Stop Defining Fair As Beautiful?