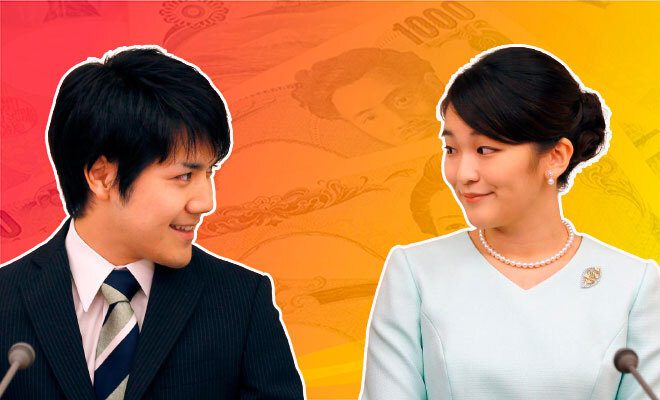 Princess Mako Of Japan Is Turning Down $1.3 Million Royal Pay-Out To Marry A Commoner. What A Love Story!

They say love can move mountains. That love is pure emotion. That love can make you do things you never thought you could or wanted to. Now, I’m not too familiar with romantic love but I’m of the opinion that love should be blended with practicality and it is only then that your life will balance out. I also believe that material things like money should be given importance since homes don’t run on love in the real world. Well, on one hand, you have people like me who are quite practical. And on the other hand, you have people like Princess Mako of Japan, who is ready to turn down a massive royal pay-out to marry her classmate, the love of her life.

The 29-year-old Princess Mako has turned down the royal pay-out of $1.3million (Rs. 95 crores) to marry the love of her life who is a ‘commoner’. Princess Mako, who is the niece of Emperor Naruhito,  is engaged to her former classmate Kei Komuro, who she met in university and fell in love with. She got engaged to him, and is now expected to announce their wedding date in the coming month.

Since she is marrying a commoner, the princess will have to give up her royal title before she marries Komuru. This is as per the Japanese law that states that a princess must leave her royal family if she is about to marry a commoner. The law also states that the princess is entitled to receive a royal pay-out from the royal family ‘to preserve the dignity of a person who was once a member of the imperial family’. And the sum of the pay-out to be received is ¥150 million.

Also Read: Princess Sofia Of Sweden Stepped Down From Her Royal Duties To Become A Volunteer At A Hospital And Help In This Fight Against Covid-19

According to the reports, the Japanese princess is not interested in the royal pay-out since she doesn’t want to delay her marriage further. And if the payment is not made to her, then it will be happening for the first time in the history of Japan.

The reports also state that the government is discussing the matter since no other royal family member has ever refused pay-outs to princesses in the past. Speaking to a leading daily, Princess Mako said, “For us, a marriage is a necessary choice to live and honour our hearts. We are irreplaceable to each other, and we can lean on each other in happy times and in unhappy times.” She further added, “It is difficult to tell anything concrete regarding our future plans and others at the moment.”

If this isn’t true love then I really don’t know what is. I mean, in today’s time when people are becoming more materialistic than ever, here is a princess who is ready to give up her title and a good sum of money to marry the love of her life. In all honesty, it makes my heart warm knowing that there are people today who still believe in love and are ready to go to any extent to be with their love.