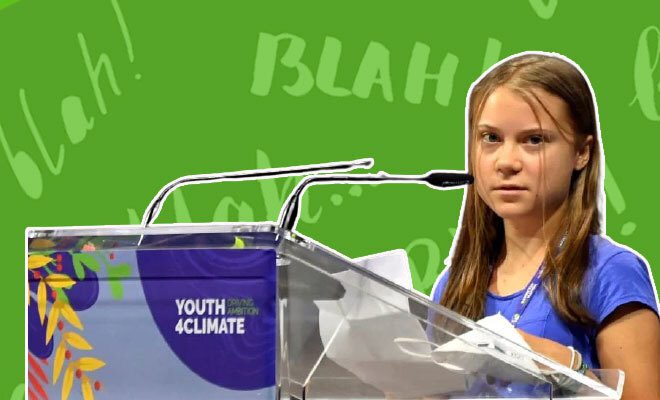 A lot of people around the world are either in denial or indifferent to the climate change issue that the world is currently facing. And a bunch of those people are also the ones that dislike anyone who raises a voice regarding climate change, especially when that someone is a young teenager. We live in a world where the leaders, ministers, government, policymakers, etc. turn a deaf ear to the youth activism because they feel threatened by it. Take environmental activist Greta Thunberg, for example. We all have time and again seen the kind of unruly and undignified statements that she have been aimed at her for speaking so passionately about the environment. But Greta Thunberg, being herself, has always responded with sass and facts. Just like how she did this week at the Youth4Climate summit in Milan, Italy, when she questioned world leaders about their hollow promises on climate change. And boy, was it needed.

Recently, the Swedish teen environmental activist Greta Thunberg, along with others, struck a skeptical tone at the opening session of the Youth4Climate event that took place on Tuesday, in Milan, Italy. Greta, in her speech, stated that in the last three decades since the landmark Earth Summit, a lot of promises were made to tackle global warming and climate change but the leaders, policymakers, ministers, etc. have hardly taken any steps to fulfil those promises. She criticised world leaders directly, as she usually does, and called them out on their empty words about taking strong action against climate change.

“Thirty years of blah, blah, blah… So-called leaders have cherry-picked young people to meetings like this to pretend they are listening to us, but they are not listening.” 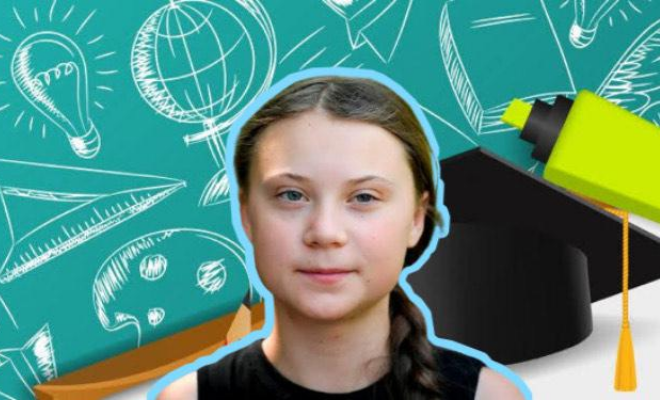 Also Read: Greta Thunberg’s ‘How Dare You?’ Is The War Cry For Climate Change That We All Need To Hear

Greta Thunberg is not the only one who is talking about climate change and global warming getting worse. A UN report released in August clearly states that climate change is worsening and that the situation is very close to going out of control. It also said that the world is for sure to face many further disruptions, especially for the upcoming generations.

Also Read: In Case You Missed This, Greta Thunberg Met Malala Yousafzai At Oxford University. There Is Hope!

Many young activists were present at the event in Milan, Italy this week for climate talks with some 400 from 190 countries. They were there to engage with policymakers to brainstorm proposals that might act as possible solutions. Greta Thunberg being one of them, reminded everyone with her speech that there is no Planet B, and change is not only possible but necessary, “but not if we go on like we have until today.”

And it is true. We just have this one planet and we’re ruining it with every passing minute. Our leaders, policymakers, people in power, etc. need to not just make promises but start putting in action and resources to fulfil them. Like Greta Thunberg said, ‘change is not only possible but necessary’ and that change needs to happen fast. Because of the way we’re going, there is not much we’re going to leave behind for the coming generations.

This Village In Maharashtra Has Elected An All-Woman Panchayat. It’s Now Cleaner, Inclusive And Menstruation Is No Longer Taboo