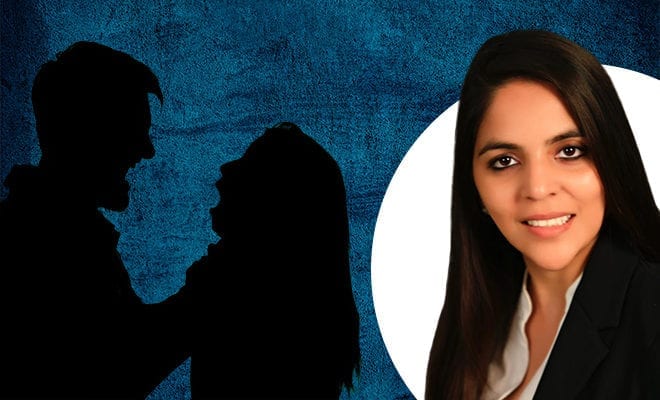 As troubling and problematic as it may sound, one thing that has managed to stand the test of time, and even this period of a global pandemic has unfortunately been the only other thing that we want desperately to vanish as Coronavirus. We are talking about domestic violence, an evil that perpetuates in the confines of a home, behind 4 walls, and at the hands of those society has taught us to put our trust in.

It’s a rather disturbing reality to live with, especially for women. We are often left wondering about what it this that drives men to such crimes. And it was on one of these quests to find an answer to this century old problem, that we caught up with Ishanee Sharma, an advocate who fights to achieve gender equality. Giving us a peek into the minds of the victims and the perpetrators, Ishanee helped us understand domestic violence and all the different ways a woman could fend for her rights and her safety in an abusive marriage.

Domestic Violence has increased during the lockdown. As an advocate, what do you think is the reason?

“Research has shown that females are a stronger gender. We tend to live more, have better immune systems and are less prone to cardiovascular illnesses. I feel there is an innate connection of these empirical observations that have come to the fore today to the fact that strength, dynamic energy of creation, maintenance and destruction was referred to as ‘Shakti’, since the Vedic era.

However, despite being so, in India, the cases of domestic violence and are perpetually rising on a steep curve. Decades of objectification, exploitation, and subjugation are to be blamed. As Deepa Narayan aptly puts it the society constrains, confines and crushes their girls. They prepare them for abuse. In India, we call it ‘adjusting’. ‘Adjust’ trains girls to be powerless, not to exist, not to be seen and not to have a self. On the other hand, it trains boys to claim power and authority over the world.

It is appalling that amidst a pandemic when the whole world is fighting as a confederate against the might of coronavirus; our country has unusually witnessed a sharp rise in the incidences of domestic violence. Domestic violence  perpetuates in multiple forms including but not limited to barbarity, slandering, psychical, carnal, economic etc.” 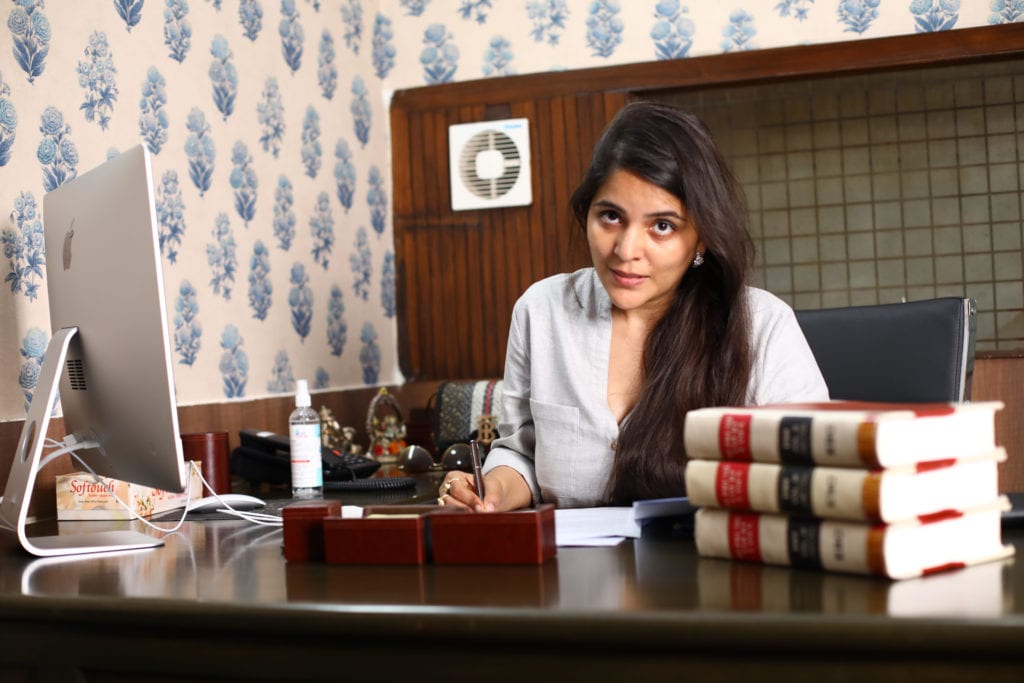 What are the legal rights a woman has in case she’s financially dependent on her husband?

“There is a myth surrounding divorce and separation in our society. Women are made to fear the idea of separation on the ground that they have ‘Nowhere to go’. As a matter of fact, to contest any oppression in their marriages they don’t need anywhere to go and any external financial support to maintain themselves. They should stand up to any wrong done to them , any form of abuse or violence! They have full right to live their life with dignity . And a bucket full of rights to support this cause, rights they can exercise irrespective of them being financially independent or not!

A wife has the legal right to live in the matrimonial house, even after the husband dies.Even if the house is not owned by the husband, belongs to his parents, or is a rented apartment.

In case of separation, she can stay at the marital house until an alternative is arranged for her or she goes to her parental house.

There isn’t any directive in the Hindu Marriage Act (HMA), 1955 that a married woman cannot stay at her parental house. She can lawfully stay, if and when she wants to.

A woman has equal legal rights to inherit her husband’s property as other heirs. She can inherit it only if the husband hasn’t prepared a will or hasn’t excluded her from the will.

If a husband remarries without dissolving the first marriage, the rights to the property belong to the first wife.

A woman can report domestic violence under the Protection of Women Under Domestic Violence Act (D.V. Act), 2005.

This act criminalises physical, emotional, sexual, economical and other forms of ill-treatment.

She can claim protection, maintenance, custody, compensation and continue to live in the same house.

The amount of maintenance doesn’t include Stree Dhan and is set up by the court on the basis of the husband’s financial and living status (includes up to 25 percent of it).

In case the wife is earning:

She can claim maintenance from the husband only if he earns more.

If both earn the same amount, she cannot claim maintenance for herself, but can claim it for the child.

The husband can also claim maintenance if the wife earns more.

The Medical Termination of Pregnancy Act, 1971 gives a woman full autonomy to abort a child without the permission of the husband.

The upper limit of getting a child aborted has been raised to 24 weeks.

The Guardian and Wards Act of 1890 gives equal custodial rights and duties to both the parents. However, if the child is below five years of age, the mother has superior rights.

A woman has the right to take the child along with her while leaving the marital house without any court order.

A woman can claim the custody of her children after divorce or separation, regardless of whether she is employed or unemployed. She can always claim maintenance from her husband.”

As women, what is the legal recourse/ first port of call in case you face domestic violence?

In 2005, with a view to offset the gaps in the ordinary penal legislation, our parliament introduced the Protection of Women from Domestic Violence Act, 2005. The aim of this legislation was to provide an adequate, speedy time bound remedy to women in cases of domestic violence.

Under section 12 of the DV Act, a woman can file a criminal complaint against the perpetrator in the Mahila Court complex before a magistrate, which shall have to conclusively adjudicate the matter within a fixed period of 60 days.

The DV Act provides a number of reliefs to the women including a grant of monetary relief (section 20), residence (section 17 & 19), protection (Section 18), the assistance of welfare experts (Section 15), counseling (section 14) etc.  The DV Act is tailor-made legislation for availing all the necessary remedies to a woman victim under one roof without maundering in purports of numerous statutes.”

Having a judge doesn't mean that the situation of common woman is well in a country.

In India domestic violence and gender inequality is all time high.

What are some of the things you recommend that women do to stay safe in a marriage?

“Firstly, It may not always be obvious that you’re in an abusive relationship. It can be common for someone who is being abused to believe that it’s their own fault and that they somehow ‘deserve’ the abuse. Remember: you’re never to blame for the way an abusive person treats you.

A relationship can be violent and abusive without physical violence. It can include emotional, sexual and physical abuse, and may involve control of your finances. Emotional abuse often goes unrecognised, but it can be very hurtful. Someone who is emotionally abusive towards you wants to chip away at your feelings of self-worth and independence.

An abuser may try to control you by downplaying the seriousness of what they’re doing to you. As a result, it’s easy to underestimate the amount of danger you’re in. It’s very important to protect yourself from harm if you feel that you’re being abused. You never have to do this alone. It’s really important that you have support.

If you think that you are in an unhealthy relationship, you should talk to a trusted professional. Tell them why you think the relationship is unhealthy and exactly what the other person has done (hit you, pressured you to have sex, tried to control you). You may want to look back at the list of “warning signs” to help you to explain the situation.

With help, you can get out of an unhealthy relationship. Sometimes leaving an abusive relationship can be dangerous, so it’s very important for you to make safety plan. And be in contact with police or a lawyer, counsellor or anyone who can be of help. Keep domestic violence hotline numbers in your wallet or another secure place, or store them in your cell phone. You can also text many domestic hotlines if you are unable to speak over the phone.

If someone is hurting you, or threatening to hurt you, it can be hard to maintain your self-confidence or feelings of self-worth. You might even want to blame yourself. Remember that it’s never okay for someone to hurt you or threaten to hurt you. Reconnecting with friends or family can remind you of who you are and how much other people love and care for you.”