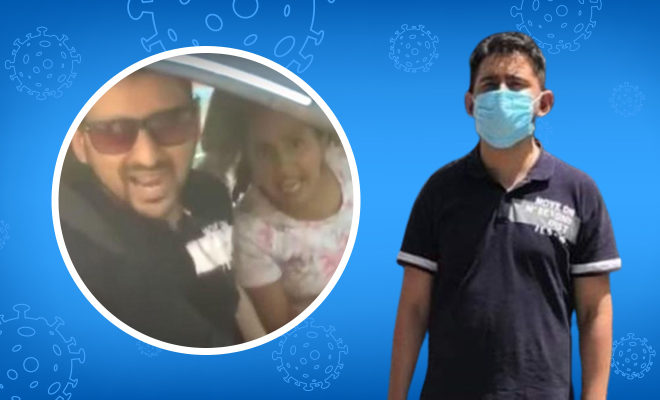 With a job profile that requires me to be on top of trending and interesting news all day long, it is a shame that most of what I get to cover these days are stories about people violating curfews and Covid restrictions, putting themselves and those around them in grave danger. Despite the worsening situation of coronavirus with the second wave, people are still out and about, ignorant towards the gravity of the situation, much like this couple from Delhi that had gotten arrested recently for not wearing the mask and driving during the weekend curfew.

Not only this, this couple have now created quite reputation for themselves, after a video of them misbehaving with the cops went viral. The woman’s main argument against the mask wearing was her concern about how she could kiss her husband, which obviously is a matter of priority, despite what we may call a pandemic and all. After that tactic failed, the cops really insensitive to her kissing problems, the woman tried to factor in the fact that her father was in the police.

Of the two, the husband was identified as Pankaj Dutta and had been presented in front of the judge, after being booked under sections pertaining to Covid protocol violations and obstructing public servants from performing their duty, among others. And even though the wife, Abha Gupta, was also arrested for similar violations, turns out that after the arrest, Pankaj has shifted all the blame solely on his wife.

Also Read : ”What If I Have To Kiss My Husband?’ Asks Maskless Woman While Misbehaving With Delhi Cops

#WATCH | A couple misbehaved with Delhi Police personnel in Daryaganj area earlier today after they were stopped & asked the reason for not wearing face masks.

"An FIR under various sections of IPC has been lodged against them," say police.

Washing his hands off of any blame or accountability for being in violation of the covid rules, Pankaj Dutta told the media that it was his wife who didn’t let him wear the mask, or rather didn’t “allow” him to do so.

Dutta further claimed that he always wore masks whenever his wife is not around and that this time he refrained only because of her. On the other hand, the wife blamed the face mask for breathlessness, wherein it can be clearly seen in the video that Abha refused to wear the mask, despite being told by the Delhi Police, and when asked for a fine, ended up calling them “beggars”. Abha kept mentioning how she felt suffocated, and later also said that she wasn’t aware of the need for a mask inside the car since she was with her ‘husband only’.

There is no justification for the carelessness of the couple and their disrespecting attitude towards the police personnel that is fighting Corona at the front lines, trying to keep us safe. The couple has been booked under relevant charges, and whether or not the wife is solely to blame (because let’s face it, the husband is a grown man to call his own shots), both are equally at  fault here for whatever went down.

Also Read : Woman Wears Her Wedding Gown To Get The Corona Vaccine Because She Wasn’t Able To Have The Wedding She Wanted