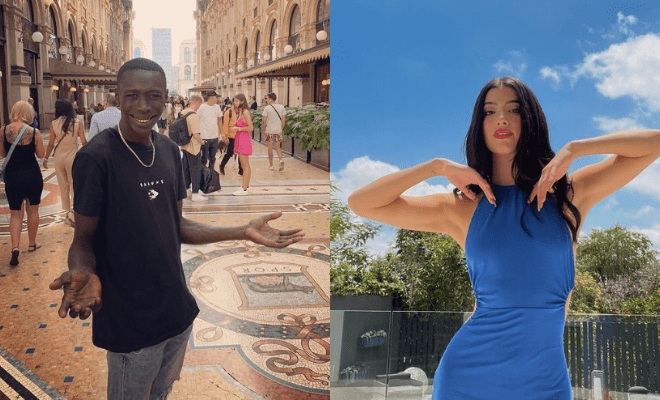 If you would ask me to name one social media personality whose content I love watching, the first name that pops up in my head is that of Khaby Lame. I am sure you all must either follow him on Instagram and also must come across his videos on social media at some point. Well, in what comes as a happy but unsurprising piece of news, Khaby Lame has overtaken social media sensation, Charli D’Amelio, as the most followed personality on TikTok! I mean, just look at his content. It is simple, original, logical, hilarious and deserving of the title!

As per a report by the Guinness World Records, Khaby has garnered 142.8 million followers on TikTok surpassing Charli D’Amelio who currently has 142.3 million followers. Khaby, the comedian who makes people laugh without ever saying a word, has now become the most-followed social media personality on the short-video sharing platform.

The social media journey started for Khaby when he started giving logical lifehack videos. His classic hand move and bored expression are what got people thronging on his content. Khaby lost his job as a factory worker amid the raging pandemic. He then went back to Italy with his parents. To kill time and ward off boredom, Lame turned to TikTok to make videos.

Also read: Twitterverse Is Demanding Bollywood To Cast Tabu And Shah Rukh Khan In A Film Together, Their Deewangi Is Totally Valid

But things changed overnight when he made a video of him simplifying an overly complicated life hack and he has gone on to become a huge hit ever since. Khaby shot to popularity within years of him joining TikTok.

Memes About Vasu Annan Are Making The Rounds. Why Is Rape Humour Funny?