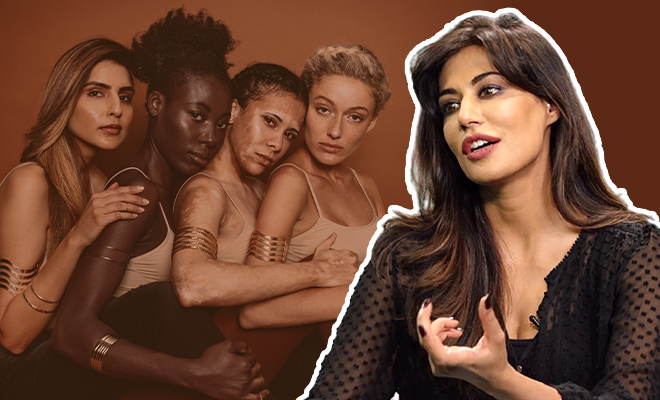 Chitrangda Singh Talks About Losing Modelling Assignments Because Of Her Dusky Skin Colour. Why Are Woman Judged For Being Dusky?

I find it extremely ironic that more than half the population in our country is dark-skinned and even then the society is unimaginably obsessed with fair skin. It’s just another thing we have to thank the Britishers for. Growing up as a dusky girl in this country is not easy. Since childhood, we are typecasted, mocked, given unsolicited advice and the worst part? In the eyes of everyone else, our dark complexion becomes the factor that defines us. A lot of Bollywood actresses who are dusky have spoken about their struggles because of their complexion. The latest one being Chitrangda Singh who talks about losing modelling assignments because of her dusky skin colour. It’s just like judging a book by its cover but you know, much more offensive.

In a recent interview with Bombay Times, actress Chitrangda Singh talks about living life as a dusky-skinned girl. She said that while discrimination on the basis of skin colour is very prevalent, not everyone is looking for “white-skinned people”. It was only last month that Chitrangda put up an Instagram story with the text, “Brown and happy”.

In the interview, Chitrangda Singh said, “I know the feeling of living life as a girl with dusky complexion. This is not something that people will say directly to your face. You can only sense it. I have been through the biases, especially while growing up in the north.”

While I agree with her, I just want to add that it is something people will tell you to your face. Society isn’t exactly subtle about its aversion towards dusky-skinned people. From yoga to haldi paste, to various brands of fairness creams, I have gotten so many unwarranted skin-whitening suggestions from people. And you should know that these comments and suggestions aren’t exactly a girl’s friends.

Moving on, Chitrangda talked about losing work because of her skin colour. It’s not exactly a secret that Bollywood is very discriminatory when it comes to skin colour. Fair-skinned models and actresses have an undue advantage while dusky-skinned models are typecasted and overlooked. It’s shameful and disgusting. Chitrangda talks about losing modelling assignments in her initial days because of her complexion.

She said, “I did lose out on modelling assignments. In fact, when I lost out on one ad in the initial days of my career, I was specifically told the reason as it had come down to selecting between two people for the part. Luckily, the audition that I did for a product was seen by Gulzar Saab, who got me on board for his music video. I realised that not everybody goes out looking for white-skinned people here.”

I have never understood what prejudice Bollywood has with dusky skin but of course, it stems from the impossible beauty standards set by society. I know that brands are only now being more inclusive but Bollywood is still struggling to accept the entire concept. Discrimination based on skin colour is very prevalent in the industry even today. And there is barely anything being done about it. We have to stop judging women based on their skin colour.