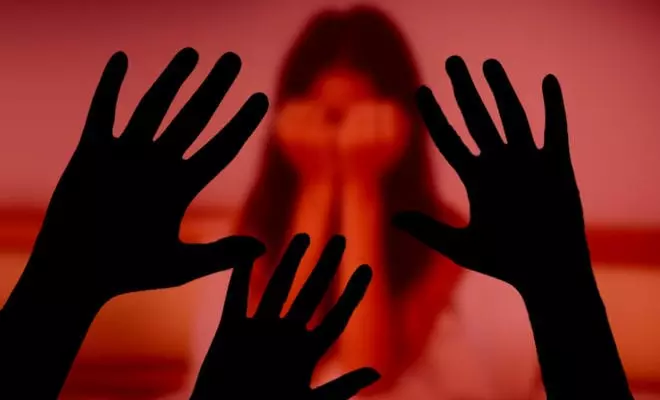 You know how Indian families restrict the movement of women because it is “unsafe” for us out there? And how the general consensus is that a daughter is safer indoors rather than out into the world? The woman is the one who has to make sacrifices, give up her own freedom to keep her safe while the rapists and abusers walk free. However, women aren’t safe in their own houses either with countless reported cases of male relatives raping their daughters, granddaughters, sisters and, nieces. I know women (including myself) who have had such traumatizing experiences with male relatives. So imagine my absolute horror and disgust when I read about this case of a minor girl who was raped by her elder brothers for 6 years. The brothers have been sentenced to 10 years in jail. Not nearly enough, in my opinion.

A sessions court in Dindoshi sentenced two brothers aged 28 and 31 to 10 years in jail for repeatedly raping their minor sister for 6 years. At 17, the victim complained against the brothers for their heinous crimes. Now 22 years old, according to her testimony to the court last year, she had told her mother, grandmother and maternal uncle about the rapes and neither of them did anything. Moreover, when the brothers found out that she had revealed their crimes, they abused and beat her, continuing her ordeal. Who needs to be worried about the monsters outside when this is the family you have?

The victim’s father is an alcoholic while the mother works as a domestic help. According to reports, the victim reported the rapes when she was in 12th grade and they started when she was 11 years old (in 5th grade).

Also Read: Padma Awardee Under Investigation By Assam Police For Raping Minor While She Was In His Foster Care. Truly Disgusting!

She reported that her elder brother, who was 19, would inappropriately touch her which she didn’t protest as she didn’t realise what was happening to her. However, he one day drugged and then raped her when she was too intoxicated to protest. He repeated this 3 months later but by then, the other brother, who was 16, had found out about this and also drugged and raped her. Just talking about this makes my blood boil.

The victim said that she was verbally and physically abused if she ever protested. In March 2016, she was punched in the abdomen by her older brother for denying to satisfying his disgusting needs.

I cannot even begin to talk about his gross and disgusted I feel just talking about this. I genuinely am proud of the girl for going against her entire family and lodging complaints against both of them. 10 years in jail isn’t nearly enough for these men raping their minor sister. Not nearly!

While We Await Justice For Nirbhaya, There Has Been A Small Victory In The Unnao Case. Kuldeep Sengar Has Been Charged For The Victim’s Father’s Death