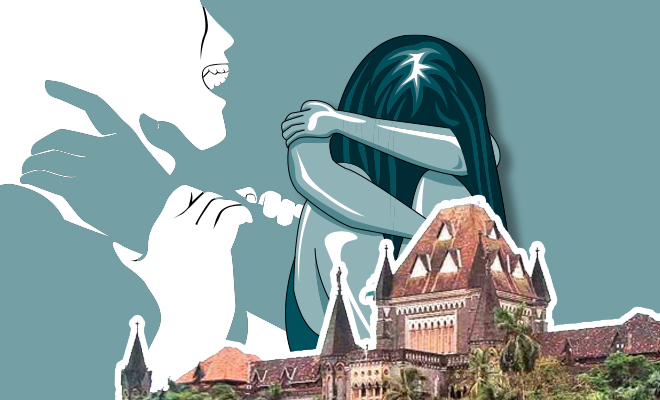 Bombay HC Rejects Bail Plea Of A Woman Who Didn’t Stop Her Husband From Raping And Beating Up Their Three Daughters.

When you feel as strongly about women’s issues as we do, you’re often labelled as a “man-hater”. Somewhere down the line, the word “feminist” has become an insult. It’s ridiculous considering the fact that there is a difference between being a feminist and being a feminazi, though a lot of people don’t seem to grasp that. One promotes equality and the other promotes misandry (I’ll let you figure out which is which). Yes, 9 out of 10 times,  it’s the actions of a man that irk us. But more often than we’d like, we come across an incident where a woman is letting our entire gender down and we aren’t afraid to call her out. Especially when she has been involved in something as heinous as rape.

You know how we have always been taught that there are two kinds of perpetrators. One, the person committing the crime and two, the standing by while the crime is happening. Now, a lot of people will argue that being a bystander is not the same as being the criminal because that’s not the person actually committing the crime. But I don’t see it that way and thankfully, our judicial system doesn’t either. They shouldn’t be let off easily.

Just last week, the Bombay HC rejected the bail plea of a woman who has been accused of passively supporting her husband who raped two of their daughters and tried to sexually assault the third one.

The woman’s plea was based on the fact that the accusations against her are false. But after taking note of the entire story narrated by the daughters in the FIR, the one-judge bench of Justice Vibha Kankanwadi decided that the story was “consistent” and “shocking”.  Thereby rejecting the woman’s bail plea.

Before I tell you on what grounds the woman sought bail, let me narrate the shocking and disheartening story.

On 31st March, the husband who is a school headmaster tried to sexually assault his eldest daughter who is 20 years old. But she and her two sisters caused a commotion which led to them being brutally thrashed and locked in a room by their parents. Yes, parents. The mother didn’t lift a finger and the story only gets worse.

While they were locked up, the three sisters somehow managed to contact their friend who alerted the police. They were rescued by the Kaij police in Beed district on 2nd April and the eldest daughter filed a complaint against their parents.

In the complaint, the eldest daughter stated that she was raped by her father in 2012. She also said that she was beaten up for informing her mother. Furthermore, her father kept molesting her and he also sexually assaulted her younger sister who is now 18-years-old but at the time, she was in the 5th grade.

The 20-year-old also alleged that in 2018, the father tried to rape their youngest sister is 15 years old now. All this while, the mother remained silent and made no attempts to help her daughters despite being in the know.

Also Read: A Female Police Sub-Inspector Was Arrested For Accepting Bribe From A Rape Accused. She Failed Womanhood And Humanity

Acting on the complaint, the police not only arrested the father for rape but also the mother for abetment and passively supporting her husband.

You know, I have heard of instances earlier where a father has been arrested for raping his daughter, but this one is the most shattering. What kind of woman, nay, mother just sits by and allows something like this to happen? We would help a stranger out of a horrible situation like this in a heartbeat, this woman didn’t even help her daughters. I can understand she might not be maternal, but what about humanity? She doesn’t deserve bail. In fact, she deserves to be tried to the fullest extent of the law.

The woman approached the HC, claiming that all the allegations made against her were false. According to her, the 20-year-girl made all these wild allegations because the parents stopped her from hanging out with a bad crowd and being in a relationship with a boy.

Her lawyer argued, “It is highly impossible that the mother would keep quiet when her husband was molesting her daughter and would allow such activity to be continued for years together.”

You would think that she would try to stop it, being their mother and all. Seriously, this is outrageous. Not only did she enable her husband while he raped the daughters, but she is also now trying to put all the blame on the eldest daughter. Although it doesn’t seem likely that a daughter would make accusations so wild and unimaginable all because her parents reprimanded her, does it?

The judge didn’t think so either. Justice Kankanwadi said the entire story was shocking, and the defense put forth by the mother was baseless. She also felt that no daughter would go to such extents and make such serious accusations all because her parents stopped her from going out with a particular boy. The judge also mentioned that the three sisters had consistent stories throughout and if the eldest daughter was lying about all this, the other two would not support her.

I think it’s pretty amazing that our law is neither letting the criminals nor enablers get away.

On one hand, we put all kinds of ridiculous limitations on our daughters to keep her safe and on the other hand, shit like this happens. What excuse justifies this? I still can’t fathom how that woman let her husband rape and beat up their daughters for so long but I hope she, along with her husband, pay for this.

A Father Raped His 19-Year-Old Daughter After Rendering Her Unconscious. This Is So Sickening