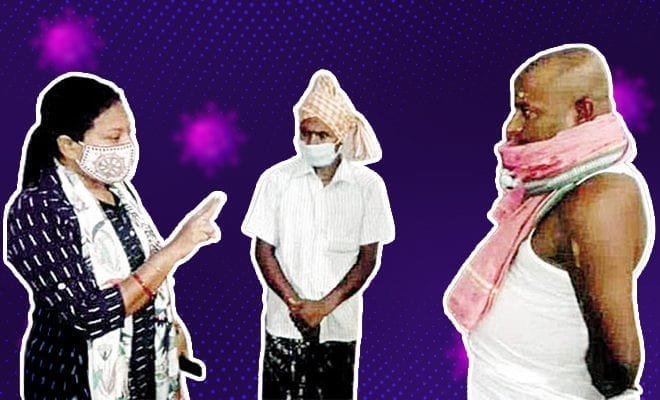 There was a time, not too long ago, when women were only meant to cook, clean and bear children. As time progressed though, our role in society progressed with it. But even today, women in authority positions aren’t taken seriously. It’s usually because men and their fragile egos can’t handle being told what to do by a woman. How very sexist. But if you’re surprised by that, chances are that you haven’t been paying close attention. It’s because of this very reason that a woman tehsildar was attacked in Odisha for doing her duty of stopping people from violating COVID norms.

This appalling incident took place in a village in Balasore, Odisha, on Thursday evening. The Tehsildar of Balasore Sadar, Anamika Singha got information that a large number of people were attending an “Ekadashi” feast in Hinjili village. She decided to conduct a raid and stop these people from violating COVID safety norms. When she reached there and warned the organizers, they paid no heed to her. Eventually, after multiple attempts, the villagers abused and attacked her as well as three of her employees. The irony of this entire matter is that the person for whom this 11th-day feast was being organized had died of COVID.

When Anamika spoke to the organizer, the eldest son of the woman who just passed away, he began arguing. She had just found out from a local hospital that he too was showing symptoms of COVID. Finding no other choice, Anamika asked her employees to seize all the food that was being prepared for 500 people. Meanwhile, the man pushed her and attacked the three tehsil employees that had accompanied her.

Request @DBalasore @CMO_Odisha to punish the guilty & give due publicity to deter others from #CovidInappropriateBehavior. Certainly not acceptable. Woman Tehsildar Attacked For Enforcing Covid Guidelines In Balasore https://t.co/JB8Dbw541u

Also Read: Doctors And Medical Experts Are Urging The Centre To Include Pregnant And Lactating Women In The COVID Vaccination Drive

Anamika told reporters, “I have informed the higher-ups about the matter. Even though the collector and other senior Balasore district administration officials reached the spot within 20 minutes, local police did not reach the spot by that time.”

By the time local police reached the scene, the main accused had fled. They brought three of his family members to the police station. Anamika charged the main accused and his family with violating the SC/ST Atrocities Act, attempting to murder her and preventing an officer with magisterial powers from doing her duty. Though due to police negligence, despite such serious accusations only two people have been arrested so far.

Everything that happened here is unacceptable. Be it breaking COVID safety norms when the entire country is grappling with the virus or attacking a woman officer for just doing her job. Hopefully, they catch the main accused and punish him for his ignorance and his actions.

In Kolkata, A 75-Year-Old Grandmother Hugged The Doctor Who Helped Her Recover From COVID