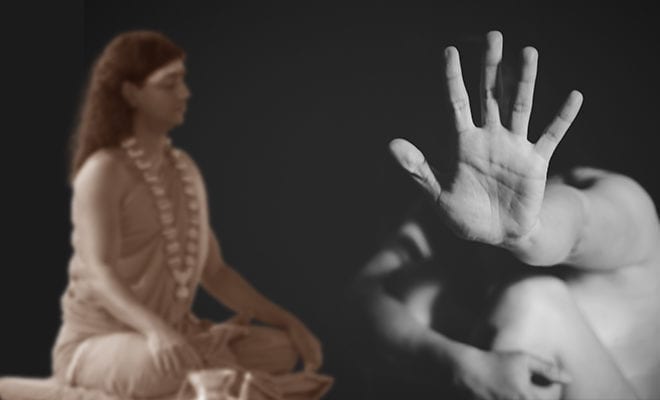 In August 2017, Baba Ram Rahim was convicted to 20 years in prison for raping two women. He was later also charged and sentenced for the murder of a journalist. Although if rumours and hearsay are to be believed, Ram Rahim has done much, much worse to dozens of women. Like most of the country, I thoroughly followed that case. Not only because it was extremely convoluted and interesting but also because it baffled me how millions of people could blindly follow one man and put so much faith in him despite knowing everything that goes on in those “ashrams”. I would say to each his own, but Baba Ram Rahim and then Asaram Bapu taught us that these self-styled godmen are not to be trusted. However, it seems like people are still falling for the whole con and it’s the women that are paying the price. You see, recently in Jaipur, a baba has allegedly raped four of his women devotees. It’s absolutely sickening.

In Jaipur, a self-styled godman known as Tapasvi Baba was accused of rape by four of his devotees. According to the FIR filed by these women, the alleged rapes took place in this baba’s ashram which is located on the outskirts of Jaipur. One of Tapasvi Baba’s women assistants has also been named as an accomplice in these crimes. The details are chilling.

According to reports, Tapasvi Baba’s real name is Yogendra Mehta. One of his devotees told the police that her husband and his family worship this baba and have been doing so even before she was married. She too started going to the baba’s ashram along with them. One night, when she was staying at the ashram the baba called her into his room and demanded that she serve him to her best capabilities. He claimed that he was God and obeyed her to surrender to him. Tapasvi Baba then gave her a shot and told her it was some kind of prasad. After consuming the shot, the woman began feeling giddy and nauseous. The shot was obviously laced with something. After drugging her, the baba raped her.

#TapasviBaba – a self-styled godman in #Jaipur – has been accused of rape by four women devotees.@asnaniraajesh https://t.co/AgobH2nWsH

Also Read: In Agra, A Group Of Men Gang Raped A Woman While She Was Catering A Wedding

The horror doesn’t end here. Six months later when this woman went back to the ashram the baba called her to him again and raped her once more. This time she protested but the baba allegedly threatened her and said that he has connections in high places. The woman had no choice but to suffer in silence. She stopped going to the ashram henceforth but her husband and in-laws continued to worship Tapasvi Baba.

However, a few days ago, the baba asked this woman’s husband to bring their 20-year-old daughter to the ashram. In a bid to protect her daughter from the vile man, this woman told her family all about is ill-doings. Upon hearing her traumatic confession, two women from her family also spoke up and said that Tapasvi Baba had raped them in similar circumstances. Another woman also spoke up against the baba and accused him of rape.

An FIR has been filed and a police investigation is underway. We are so glad that this woman found the courage to tell her family everything that the baba did. It gave the other women courage to stand up for themselves. Just thinking about how many women must’ve fallen prey to this man makes me shudder. Hopefully, this vicious and monster will be convicted and held responsible for his crimes.