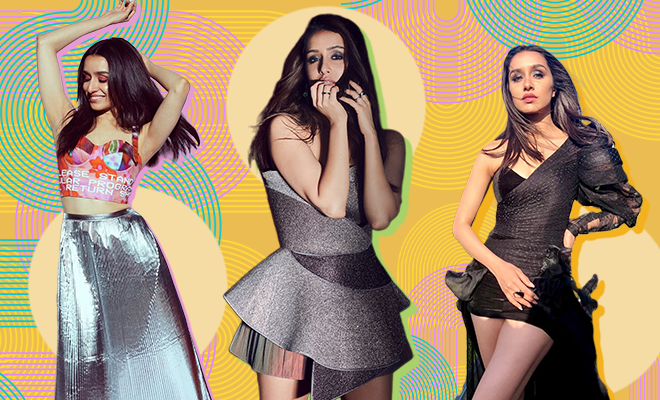 Shraddha Kapoor Is Our Underrated Style Star Of 2019. Here’s Why You Need To Pay Her A Lot More Attention

At a time when the celebrity fashion industry is heavily dependent on a well-oiled machine of glam teams and PR, making your star power count has become highly formulaic. Whether you are an up and coming starlet or an established A-lister, you have a group of people watching your every move like a hawk, telling you what to do and creating a looks for you to match that persona. While this bodes well for the brands that support these stars, it is difficult for us to appreciate genuine style statements of individual celebrities. This is also the reason why some celebs are able to thrive because of their tight PR, without actually bringing anything new to the table.

Having said that, there remain some fashionistas who are so good at their fashion game, that they almost fly under the radar, doing their own thing without making a fuss about it. One such fashion star who managed to evade our keen-eyed glances all year is Bollywood’s girl-next-door Sharddha Kapoor and boy did we miss out on a lot!

This makes Shraddha Kapoor our underrated fashion star of 2019 and we are here to make amendments!

Her Sartorial Experiments Are Plenty

Shraddha’s experiments with structures, silhouettes, patterns, and colours are fabulous. She takes cute color-blocking to heart and can slay in a complicated layered mini dress like it’s NBD. Her collection of red carpet ready metallic dresses and skirts is envious, the mix of satin and shine in her structured ensembles, smart. If she is in a gown, she’d go Victorian with ivory shades, corset details, and inline flares. Classic!

Shraddha had a pretty chilled out year as compared to her contemporaries. With action flick Saaho and indie darling Chhichhore under her belt, both films saw the actress in original costumes. Putting her filmography in perspective, she is definitely one of the best-dressed women on-screen, her wardrobe from Half Girlfriend launching a movement with college-going girls and pink dresses!

ALSO READ: Shraddha Kapoor Is Ditching The ‘Girl Next Door’ Look For More Glammed Out Looks And We Love The Change-Up!

Stylist Tanya Ghavri and Sharddha’s collaboration has stood the test of time. This artist-stylist duo has stuck with each other through thick and thin, and we get why. Tanya knows how to use Shraddha’s natural inclination for breezy ensembles and make something creative out of it. The actress might just be in an adorable dress, but there’ll be a well-placed embellishment her or a ruched sheer sleeve there. She is also the only one we saw in the 90s themed hairpins this year and we loved it!

Magazine features are tricky in the celebrity fashion scene to this day. Overly vain shoot brief, twisted industry standards and abuse of Photoshop are quite common, exhausting the number of times we want to see our actresses being played like that. Among them, an honest and refreshing feature in Cosmopolitan November print remains one of our faves of the year.

We also loved her chevron print clad Grazia spread, where she addressed the habit of B-town to out their leading ladies in a mould by saying, “We tend to listen to everybody. There are usually a billion voices whose opinion we can’t access. To bust through all of that noise is very challenging. The point is, give yourself some time to focus on what will empower you – not bring you down. I’m aware that my life will always be under scrutiny. Do I let it phase me? No. Speculation and rumours are a part and parcel of being in this industry, so you definitely can’t let it get to you”. So cool.

ALSO READ: Anushka Sharma’s Latest Shoot Has Her Overly Photoshopped. She’s Gorgeous As Is! Why Is This Still Happening?

She Keeps It Relatable

One of the major reasons why I personally like this underrated style star is that you can actually use her as a realistic fashion inspiration. Her dresses are achievable, an off-duty style made of cotton staples being our way of living as well. She is also notorious for being open and real about flaws, munching on ‘vada pav‘ during movie promotions and an intelligent actress. Perfection is boring, we’d take Shraddha’s mantra on life and love over it any day!

Who according to you is a highly underrated style star working in Indian cinema today? Let us know!

Shraddha Kapoor is currently involved in promoting her next film, Street Dancer 3D, with Varun Dhawan. The movie is slated to release in January 2020.