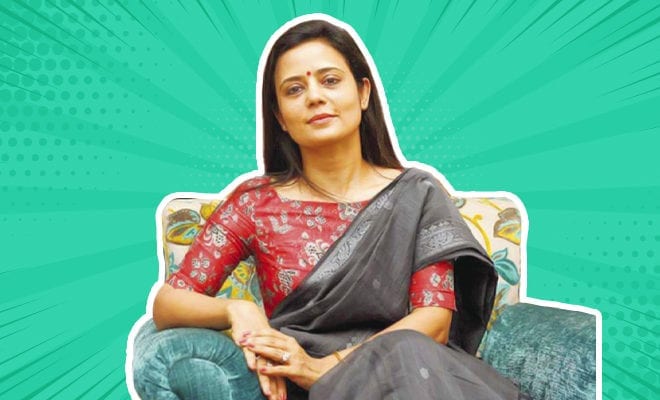 Let me ask you something, what is the first thing you think of when I say the word ‘nepotism’? Bollywood? Kangana Ranaut and her neverending whining? Before today, I would probably have similar answers. However, the fact of the matter is that nepotism exists within every field. Whether you like it or not. And as it was so eloquently pointed out by MP Mahua Moitra on Twitter today, Indian politics is riddled with it as well. She said this during a heated social media row with West Bengal Governor Jagdeep Dhankhar. Nothing screams entertainment than a good political drama and this was just it. MP Mahua Moitra came at Dhankhar with scathing accusations and we were on the edge of our seats with a bowl of fresh popcorn. Her grit and spirit are admirable!

It all started when West Bengal Governor Jagdeep Dhankhar called the post-poll violence in Bengal an “extremely alarming law and order” scenario. He also asked Chief Secretary HK Dwivedi to tell him about the measures being taken to curb the violence in the state. At this point, Trinamool Congress MP Mahua Moitra stepped in with her opinion and stated that the situation will only get better when “Uncleji” Dhankhar moves his “sorry self” back to Delhi and finds another job. Who doesn’t love some trash talk between politicians?

During this nasty row, Mahua kept stressing the fact that Dhankar had appointed his family members and close relatives as officers on special duty in the Raj Bhavan. She also tweeted a list of OSD’s that were related to Dhankar in some way or another. Even though Dhankar replied by saying that a lot of these OSD’s aren’t even the same caste as him. A strong defence, I must say.

The sacred cow that was the judiciary is no longer sacred. It stopped being sacred day a sitting CJI was accused of sexual harassment, presided over own trial, cleared himself & accepted a nomination to Upper House within 3 months of retirement replete with Z+ security cover pic.twitter.com/ODFn2pd2Z1

I’ve been in awe of Mahua Moitra for a long time now. She is a woman who knows not only how to stand her own but also fight for what’s right. And within our political system, there is a lot of wrongs to fight against. In fact, Mahua Moitra has gone viral a few times. Her speeches echo the doubts and questions that the entire nation has and she relies on cold hard facts instead of showy shenanigans, like most politicians.

Who remembers the time she made a fiery speech in the Parliament questioning everything from the Ram Mandir issue to the government’s handling of the farmers’ protests and the use of laws like UAPA to curb media reportage and free speech? Although, the one thing that caused the largest stir in the House was her remarks about former Chief Justice of India, Gogoi who was accused of sexual assault in 2019. She went on talking about the aspects of this case that were tucked away under rugs despite the uproar it caused. The MP lashed out at the Modi government and rightly so.

In another incident, MP Mahua Moitra gave a stong-worded speech questioning the legitimacy of the PM Cares Fund. You see, when the pandemic started, the government made a huge fuss about how the coronavirus would be tackled using funds from the PM Cares Fund. Obviously, that didn’t happen which raised questions about the allocation of funds. Mahua Moitra simply voiced these concerns that were playing on everyone’s mind. Netizens were mighty impressed with her speech. A lot of them exclaimed that because of politicians like Mahua, there was hope for democracy after all.

I don’t remember the last time an Indian politician, a woman at that, questioned the ways of the government and demanded answers about shady dealings with actual facts and no ulterior motive. Unlike most politicians, she isn’t afraid to have a difficult conversation about things that actually matter. Mahua Moitra is a role model and we need more women like her in politics.