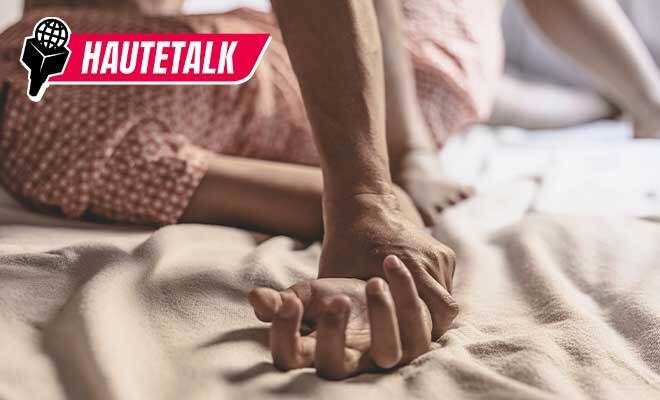 Hautetalk: Marriage Cannot Take Away A Woman’s Right To Say ‘No’. Criminalising Marital Rape Is The Need Of The Hour

It has been said time and again that marriage is a sacred institution but when it comes to sexual relationships, marriage can be a topic of debate. For a very long time now, we’ve all been debating marital rape in India. To criminalise or to not criminalise it, has been a bone of contention between people. And Delhi High Court’s ongoing hearing with regard to marital rape makes it even more important to discuss marital rape. While I agree that a couple needs to have conjugal rights in a relationship, marriage should never mean irrevocable consent from the wife to establish sexual relations. More importantly, marriage should never violate a woman’s human rights including the right to sexual and bodily autonomy. We cannot call marriage a sacred institution and then violate a woman’s body and her rights under its garb.

Women have been constantly struggling to voice their opinions and fight for their rights. And while most of us are busy breaking norms and gender roles, there are far too many women out there who are fighting to obtain the right to say ‘no’ to their husbands. An exception under section 375 of the Indian Penal Code protects husbands from being penalised for having non-consensual sexual intercourse with their wives. Currently, the Delhi High Court is hearing a batch of petitions filed by NGOs RIT Foundation and All India Democratic Women’s Association that seek the criminalisation of marital rape. The ongoing hearing of this case has got to conversation going around the concept of marital rape and its criminalisation. Ever since then #marriagestrike has been trending on social media as men discuss how striking down this exception and criminalising marital rape gives women the upper hand.

TBH, I am infuriated by people who are standing up against the criminalisation of marital rape. Our Indian Constitution is based on some fundamental rights including the right to equality before the law and the right to life and personal liberty. Keeping in mind these fundamental rights granted to all Indian citizens, we cannot differentiate between a married woman and an unmarried woman. How can we strip a married woman of her fundamental rights just because she chose to follow the social norms and get involved with a man in the ‘scared institution’ called marriage? Moreover, how is it okay for a husband, a man who is supposed to protect his wife, to violate his wife’s body? When a woman marries a man, she trusts him to protect her and when the same man who is entrusted to safeguard her violates her, how do we expect her to continue living with him under the same roof and feel safe? And to strip her of her right to say ‘no’ while allowing a man to establish conjugal rights without her consent? Agree, there are some grey areas here but then again, the world is not black and white and we cannot allow a crime to continue because we cannot figure out how to deal with the grey area.

Also Read: Men Call For ‘Marriage Strike’ On Twitter Amid The Ongoing Hearings At Delhi HC To Criminalise Marital Rape And It’s A Plot Twist We Didn’t Expect

I do understand the concern that striking off the exception to section 375 of the Indian Penal Code will put men at the risk of false cases and harassment but what about the women who are actually getting raped? When it comes to marital rape, it’s essential to understand that this crime is not just physically violent but mentally too. Before we go ahead and think about the grey area, we need to understand the real issue here – consent. Criminalising marital rape will not only allow women to live their lives with dignity but it will also help men understand the concept of consent, irrespective of their relationship with women.

Speaking about the high number of false cases, I hear men complaining about the laws that favour women like the law against dowry but never have I heard anyone talk about how dowry impacts a woman and her life. Even though dowry is illegal, it is still a common practice followed by the Indian society in the name of ‘gifts’ and ‘maan‘ and ‘shagun‘ and whatnot. And yet, no one talks about it. But when it comes to women who misuse the law, we’ve got lots of people complaining about it but none of these people ever accept taking dowries. It’s the same when it comes to marital rape. I’m not going to say that laws are never misused but that cannot be an excuse to not protect women and allow someone to violate their fundamental rights and body.

Moreover, if we don’t criminalise marital rape it just means that we are supporting this heinous crime. While women can file a case against their husbands in case of marital rape, it cannot be called rape. A case can be filed against cruelty but non-consensual sex cannot be called rape. But I have a question – what is non-consensual sex, if not rape? Marital rape is not about favouring women or targeting men, it’s more about consent and giving married women the right to revoke consent. As a society, we need to collectively take a stand against marital rape because criminalising it will give women the right to bodily autonomy.

At the same time, we need to accept the fact that this is just an initial conversation about criminalising marital rape. The exception to the law will not be striked off without a complete new section to elaborate marital rape and its definition among other things. It is important to understand that when marital rape is criminalised, the lawmakers will ensure that the law is framed in a fair and proper manner to protect the rights and dignity of both the husband and the wife.