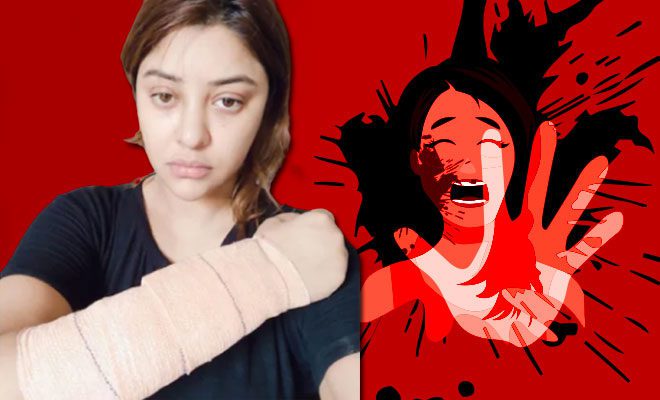 Crimes against women in India are rising significantly. Every state, every city has become unsafe for women. There are attacks on women being reported every now and then. It looks like the government is coming up with solutions to ensure that women are safe and protected,  such as the Nirbhaya Squad in Mumbai, Maharashtra. But is it working? There is zero sense of safety. Recently, actor Payal Ghosh shared a video claiming that she escaped an acid attack by a group of men carrying a rod. Scary, isn’t it?

Payal Ghosh took to her Instagram and posted a photo of her bandaged hand which she injured while escaping an acid attack. A fan page of the actor shared a video of her’s where she revealed what went down and how she managed to escape the situation.

In the video posted by a fan page on Instagram, Payal Ghosh narrates the entire incident that took place when she went out to get some medicines and later got attacked by men carrying rods. In the video, the actor states, “I went to buy some medicines. As I was getting inside the car, some people came and tried to attack me. There was a bottle in their hand, which I suspect was acid. They also tried to hit me with a rod. I tried to escape and shouted, which was when the rod fell on my left hand and I got injured. Probably I will go to the police station today to file an FIR.”

As per The Quint, Payal Ghosh further added, “This kind of incident has never happened to me. This is the first time in Mumbai that I have had to face this. I don’t know what it was.” Even in the photo that she posted on Instagram that showed her injured hand, she captioned it stating that she wasn’t able to sleep the entire night because of the unbearable pain.

Also Read: Journalist Neha Dixit Reveals She Has Been Stalked And Threatened With Rape, Acid Attack And Death For Several Months Now. Just For Doing Her Job!

It really is scary to know that at any given point in time, there can be someone out there who is ready to harm you. Being a woman is not easy and most women in this country live in fear of getting molested, raped, attacked with acid, and so on. This is not the environment young girls should be growing in. As a society, we need to ensure that our women are safe and feel protected. It is our duty to ensure that they live freely rather than living in fear.