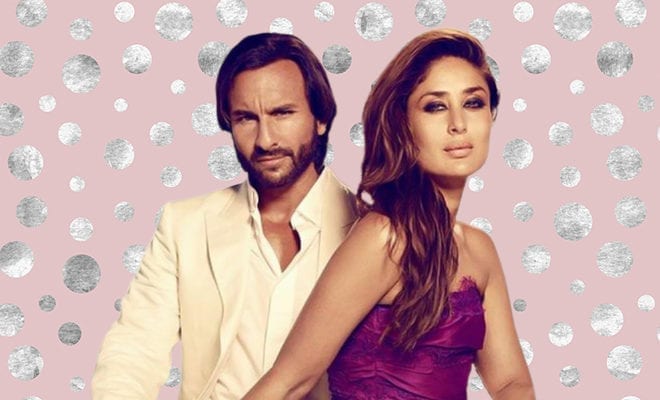 They say opposites attract and may they do. But similarity feels like home. It’s not like you have to be two peas in a pod and act like identical twins. What I mean to say is you see eye to eye on things that matter to the two of you. When you’re with people who share these traits, you feel a sense of belonging, calmness, and familiarity. When I think of relationships between people who are different on these core traits, I imagine a sense of chaos, an invisible wall, and often, a clash of interests. I am not saying if your partner is a polar opposite, your relationship is doomed. It probably just requires more effort to build intimacy.

A new study that explored the sex differences in intimacy levels in close relationships found that partners who are similar in certain traits experience more intimacy. However, while men and women both seek similar partners, the traits they look at are rather different.

“Over a number of years studying friendships, we had become increasingly aware of very consistent sex differences in both social skills and sociality,” explained study author Robin I. M. Dunbar, a professor of evolutionary psychology at the University of Oxford. “These human patterns paralleled sex differences that are widely present in Old World monkeys and apes (the group to which humans belong). People do not often study sex differences in social style (bizarrely, some disciplines even forbid the study of sex differences in anything), and it seemed to us there might be something important that we were missing.”

So what are the similarities we seek in our relationships and friendships? The researchers conducted the study on 260 participants who completed a questionnaire on their close relationships. The test was to assess the level of intimacy with their partner as well as their best friend. The researchers found that people seek those they can relate to, for both romantic and platonic relationships.

Having reached that conclusion, the researchers set on to find out what similarities actually elevate the intimacy between people.

What Resemblance Do We Seek?

Turns out, women and men are quite different here. Women felt more intimacy in romantic relationships with partners who were similar in terms of finance, dependability, outgoingness, and kindness. Men sought similarity in physical attractiveness, dependability, and co-operativeness in romantic partnerships.

“Despite all the similarities, the two sexes do live in rather different social worlds,” Dunbar told PsyPost. “They have different interests, different foci, and different social styles. One is not better than the other — they are just different ways of achieving the same long-term goal. But it does mean that both sexes need to be aware of that and make the appropriate allowances.”

While on one hand, we seek resemblance, the dynamics of male and female relationships are very different. Even in friendships, men and women seek similarity. However, while women seek to be on the same page in terms of education, humor, and happiness, men placed more importance on finances, outgoingness, and social connection.

The study also found that women preferred having a smaller group of friends but with more intimacy. Men, on the other hand, have several casual friends. In fact, more women have best friends than men do. So yeah, while men may believe they are super chilled and enjoy a superior bromance, it’s nothing in comparison with sisterhood. This is science talking!

Researchers also found that both men and women found their relationship with their best friend more intimate than one with their partners. Dear best friend’s boyfriend, are you listening? This is all making sense to me now. So many partners just don’t understand why their girlfriends and wives are so inclined towards their female friends. Well, our connection is much more intimate than what you share with your bros, generally speaking!

“These differences appear very early in life (long before serious influences of socialization have a lasting effect) and they are also present in monkeys and apes. That said, the differences are not absolutes: as with all traits, physical and psychological, they lie on a continuum, and the two sexes overlap,” Dunbar said.

“A better understanding of individual differences would be highly desirable if we want to understand their origins. While it is always the case that behavior can be tweaked in one direction or another during socialization, what we don’t really know is which components can be adjusted in this way and which not, or by how much. The one thing we should never do is presume on ideological grounds that we know.”

ALSO READ: Why Pillow Talk Is Important To Build Intimacy As A Couple

“Our job as scientists is to understand and explain the world. We cannot do that if we assume that we know the answer before we even start,” Dunbar added.

The study, “Sex Differences in Intimacy Levels in Best Friendships and Romantic Partnerships”, was authored by Eiluned Pearce, Anna Machin, and Robin I. M. Dunbar.