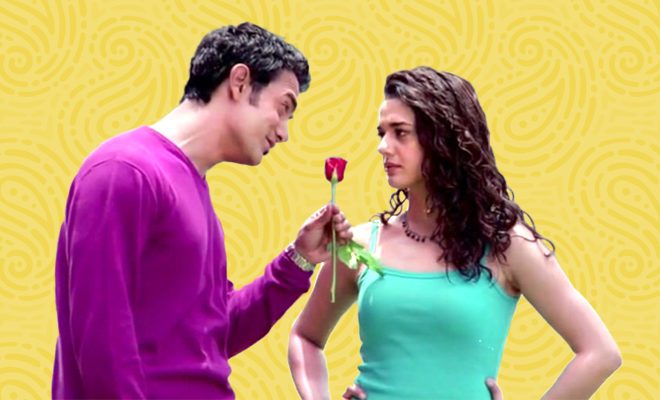 5 Reasons You Should BE, Not Just “Play” Hard To Get

Sometimes, I wonder if it’s a boon or a bane to be aware of the kind treatment I deserve in a relationship, the kind of partner I want and not settling for less. The thing is sometimes it gets lonely, difficult even to be able to walk out of a toxic relationship or a narcissistic partner. You can almost vouch that the society, and maybe even those close to you will not understand it. And if you’ve turned down a couple of guys, refusing to wave the red flags they hoisted in your life, people will just call you uptight. But then, I know not settling for crap is totally worth it.

I don’t expect my partner to be flawless. But I expect the basics to be in place: love, care, respect, loyalty, boundaries and equality. If a guy acts like he is the king of the world and he is offering me the coveted position of his wife and maid, I will not accept that. Or if a guy calls the grapes sour when he doesn’t get instant gratification, I will really not bother.

Love is not a game and “playing” hard to get is the lamest shit ever. You should be hard to get because the many fuckbois you will meet don’t deserve you. Here are five very good reasons to be hard to get!

When you know you are a catch, you don’t settle for less

Dating is all about self-love and confidence. You should know your worth – even though the last guy you dated eventually took you for granted and treated you horribly. There are going to be several people out there more than happy to blow up your flaws and gaslight you into shaking your confidence. And that’s when you feel like settling for whatever you are getting. But a CEO doesn’t work for an intern’s salary. And if you know your worth, you won’t settle for men who don’t have it in them to build a quality relationship.

You shouldn’t waste your time on red flags

I believe several women stick around way more than they should, just because they see potential in a guy. Now I am not talking about his potential to succeed in life but you know to work on himself. We see the glaring red flags and he promises he will replace them with green ones but oh boy, that may never happen. When you know what you deserve, being hard to get means not wasting your time on ignoring red flags until you absolutely can’t. It means saying a very firm no!

You need someone who has the patience to cultivate relationships

We know our generation is the kind seeking instant gratification. They’d rather go for cheap coffee that would make them feel bloated than go for one, nicely brewed overnight to be smooth and bloating-free. They’d be the kind to have a few short term situationships instead of investing in a good long-term relationship. If you’re hard to get, an impatient guy will simply move on to where he is getting a quickie. But if he knows you’re worth and the kind of patient brewing a real relationship needs, he will stay.

You should be comfortable being single until someone worthwhile comes along

When you’re single and lonely, it’s very tempting to fall for the guys who make themselves easily available – to you and five other women out there. They leave these traps everywhere and just wait for any woman to fall into it. Yikes, why would you ever want to date someone like that? Don’t lower your standards to get rid of loneliness. Instead, learn to enjoy solitude and independence. Like they say, a woman who knows what she brings to the table isn’t afraid to eat alone.

ALSO READ: 7 Signs You Miss Your Ex But You Don’t Need Him Back In Your Life

It will protect your feelings from fuckbois

Really, I have no mental or emotional bandwidth to deal with these f*ckbois that are aplenty. I don’t have the time and energy or intention to invest in them. So being hard to get will eliminate these from the picture or that’s the hope. Unless I get stuck with a charming narcissist who will be all up for the pursuit. Still, being able to recognise the red flags will help you run before you’re trapped!

ALSO READ: 5 Reasons I Will Never Date A Guy Who Casually Flirts With Other Women