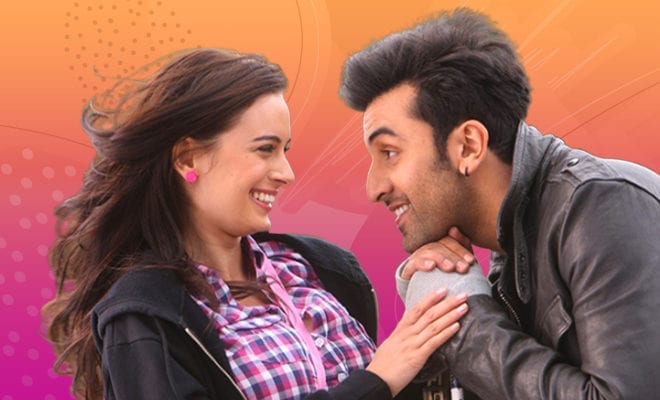 There are several couples who are completely fine with casual flirting…with other people. They both know it means nothing and they simply laugh it off. Some find it thrilling even. I believe to each his own. Both partners should be on the same page. I mean, be polyamorous if you must but if the other person isn’t aware and consenting to it, then it’s just infidelity.

For me, flirting is a way of expressing interest in a person I am interested in. I don’t take it up as a sport although I won’t deny it is a thrilling one. Don’t we all love the attention? When a hot stranger talks to you at the club, you feel extra poised. If I am single, I don’t mind soaking up all that admiration. But if I am into someone, I will not go around playing the field.

I mean, what’s the point of igniting interest in another person when I am not interested? I find casual flirting rather fake. Like hello? Do you really care or are you just bored? Or are you just seeking some attention? Either way, it doesn’t really fit in my area of interest.

Having said that, I have met guys (never been in a relationship with one!) who think it’s cool to casually flirt with every attractive woman around. Their excuse? As long as they are not actually doing anything, sexual, it’s okay. I mean, to them it sounds cool. I am sure, it sounds cool to many more men and women. To me, it’s just juvenile.

I will never date a guy whose favourite sport is flirting around. No judgement. You do you, but with someone who genuinely has no issues with that arrangement. I do. Here’s why!

When I am in a romantic relationship, I take expression of affection seriously – all those little things we do, the way we flirt and how we spend time. I like exclusivity and not just in sexual activities. So when a guy is spreading his attention and intentionally flirting with women, it just feels like wait, so I am supposed to share that? I am a possessive partner and I know that. So if my potential love interest thinks it’s okay to “casually” flirt with a woman and end up asking her out “as a friend”, bro, you will never be taken seriously.

I don’t know if other women feel it but I feel super embarrassed by such a situation. Like you want to hoe around, go ahead but I don’t want to be a part of this. I don’t want to be the woman who is okay with being with a man whose eyes wander and mouth has no control. Like you’re going to be so evidently hitting on another girl at a party and me, your date will just watch? It’s awkward for me and for the other woman who is aware of the situation.

I wonder if the tables are turned, would he be having so much fun watching me flirt with other men. It’s true that flirting can give you a high but isn’t the attention of your partner enough? If it bothers me and he thinks it’s okay for him to hit on other women, as long as it means nothing, he is selfish. He will neglect my needs in several other ways.

ALSO READ: This Study Talks About Flirting Techniques That Work When Competing For A Guy’s Attention. Erm, Why Should We?

Several men go around flirting to feel a sense of superiority. They want to feel more valuable than their date and love it when several women are wanting their attention. I mean, at least that’s what they think. The women are probably thinking ‘what a loser to be flirting with me when he has come with another woman.’ Yeah, at least that’s how I feel about the men who try to flirt with me when they have a girlfriend. I would never be in a relationship with someone who is that man for other women. My attachment style doesn’t allow for it! Yikes!

ALSO READ: Signs That The Guy You’re Flirting With Is Worth Your Time