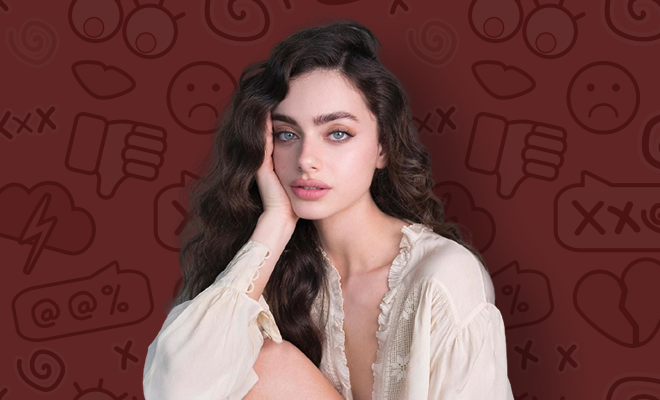 Yael Shelbia, Winner Of The Most Beautiful Face Of The Year 2020 Reveals The Hate She Received For It

Beauty, according to a quick Google search, is a state that is pleasing to the senses. And keeping that in mind, along with the fact that beauty is one thing that is all relative, it is rather safe to conclude how different people can find beauty in different things or persons. And, as per the TC Candler’s annual “100 Most Beautiful Faces of the Year” list for the year 2020, one who has topped the list in the context is Israeli model and actor, Yael Shelbia.

Winning the title for the “most beautiful face” for the year 2020, one would think that Yael would be basking in the glory of such a flattering title, but in reality, what she is feeling is quite the opposite from happy. Turns out, the title didn’t come to her without criticism from netizens, as they indulged in spreading hate towards her afterwards.

She shared how she was rather bothered and disappointed when she found out that along with quite a few congratulatory messages, there were also several trolls, dissing her and writing unpleasant comments on her victory. She shared, “I’ve received a large amount of support and love, also suitor messages I must admit, and messages that weren’t the nicest.”

She continued, “They said the normal things that haters say, nothing worth any attention.” Her win was diluted with hateful comments, some of which even called her “#Uglyqueen”. And the fact that trolls would drop to any level, hurling out insults, hiding behind a shady username and shifty wifi, not having anything worthwhile to do, is enough to invalidate their existence and their comments.

What is beautiful to one, might not be beautiful to others and while everyone is entitled to having their own opinion, throwing shade at someone out of pure jealousy or spite is not acceptable. It is time people learn to be respectful towards others whether or not they agree with them.

Meanwhile, Yael went on to comment how she did not even know that she was participating in the Beautiful Face contest, let alone emerging as the winner. She said, “I was very surprised, I didn’t even know I was participating in this contest. It’s very exciting and flattering. I don’t know why they chose me, I think beauty is so individual and all women are beautiful.” Boy, do we agree.

Yael is currently an ambassador for Kylie Jenner’s skincare range and is a successful model.

Also Read : Kajol Says She Was Always Confident In Her Skin, Yet Had A Hard Time Considering Herself ‘Beautiful’ For Several Years. Yup, Beauty Stereotypes Are To Be Blamed