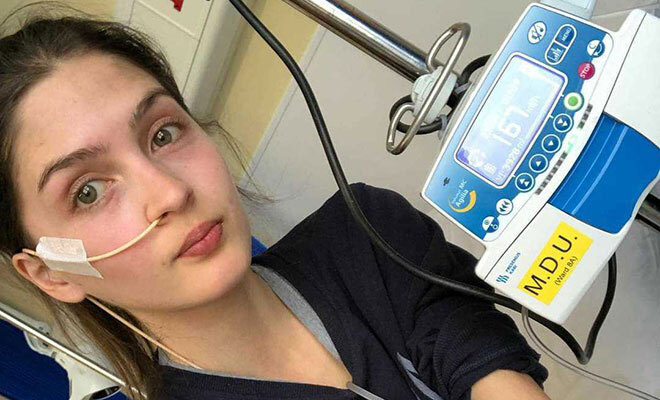 Woman With Spina Bifida Sues Mother’s Doctor; Says She Shouldn’t Have Been Born

One of the things that leave me stunned and in awe of it is the sciences that deal with the birth of children. I mean, back in the day, we’d know whether a child is going to be healthy or not after his/her birth, but now, things have changed. Most parents are made aware of any major condition (most of them) that their child might have from the very beginning. And from the beginning, I mean from the time the child is in the womb. However, there are times when a doctor’s advice for the same isn’t as helpful as one would think and the child is born with the condition(s) that are irreversible. What do you do when that happens? Well, one way of dealing with it is by suing your mother’s doctor – just the way this 20-year-old woman, who was diagnosed with spina bifida, did.

Yep, a 20-year-old woman named Evie Toombes was born with a rare condition called lipomyelomeningocele or commonly called spina bifida right after birth. The rare condition did not allow her spinal cord to fully develop in the womb that has resulted in permanent disability. The woman blames her mother’s doctor for not giving proper advice on how to ward off the condition.

Also Read: A Woman’s Rare Condition Has Her Vomiting More Than 70 Times A Day. Yikes!

The woman who is from the UK and was diagnosed with spina bifida wants millions in damages from Dr. Philip Mitchell. She claims that the doctor did not tell her mother Caroline Toombes to take folic acid and its importance – like how it helped avoid the child being born in a damaged state. Instead, the doctor told Caroline that if she was following a good, healthy diet, then she wouldn’t have to take any folic acid.

Due to her spina bifida, Evie cannot move around a lot and she will have to use more of the wheelchair as she grows older. The doctor she accused has denied any liability and claims that he gave her mother “reasonable advice”.

As per reports, Evie’s lawyer stated that if only her mother Caroline put off being pregnant at the time then she would have given birth to a healthy baby. The 20-year-old is a showjumping star and educates children about invisible illnesses at Nottingham University.

Reading about her, I can say one thing that the woman has not let her rare condition – spina bifida – define her and is trying her best to live her life to the fullest. Having said that, I have a mixed opinion on whether her suing her mother’s doctor is justified or not. I guess only the court can decide and I’ll be waiting on it.