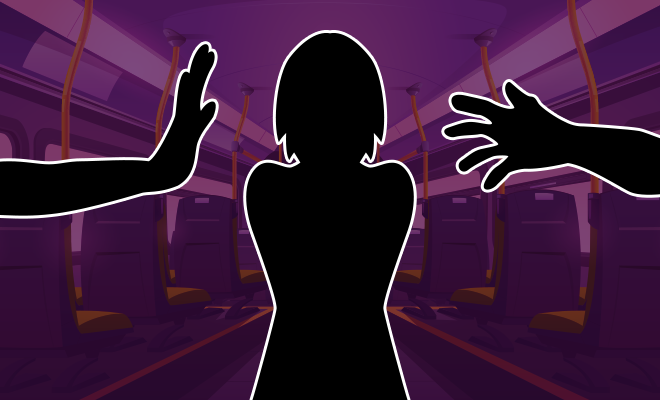 Two Men Spiked A Girl’s Drink, Raped Her On A Stationary Bus And Then Dumped Her On The Road.

They say Mumbai is a very safe city for women. However, most people who say that are the ones comparing it to Delhi, which is infamously known as the ‘rape capital’ of our country. Up until a few years ago, I used to be very comfortable while travelling all by myself at night. I would wonder why people make such a big deal of ‘safety’ considering just how safe the city is. But that’s not always true. Yes, we have seemingly fewer cases than places like Delhi and UP but there are cases of rape, assault and harassment here nonetheless. Just recently, a 19-year-old girl was violently raped on a stationary bus in Navi Mumbai after two men spiked her drink. Every day the illusion of Mumbai being a city that’s safe for women fades further away.

On 3rd February, a 19-year-old girl was raped by two men inside a stationary bus in Kharghar, Navi Mumbai. According to the police, the victim and one of the accused lived in the same building. On the night of the incident, that accused had offered the 19-year-old a soft drink, which was spiked, during a pre-wedding celebration taking place in their building. The bus belonged to the second victim and was parked in a secluded area. The police have arrested one of the accused men while the other one is still MIA.

19-year-old raped by two inside a bus in Navi Mumbai, one arrested https://t.co/o4djIiMhqf

Also Read: This Football Manager Of the Odisha FC Made Disgusting Rape Remarks And Got Sacked. He Deserved It

According to the police, during the celebrations, the victim felt slightly thirsty. The accused who lived in the same building pulled her aside and offered her a soft drink. She didn’t suspect any foul play since she knew the man. Vivek Bhoir, assistant inspector, Kharghar police station said, “The bus, which belongs to the other accused, was parked at a secluded place nearby. When the survivor started to feel uneasy, they took her out and offered some more spiked drinks. At one point she was almost unconscious, following which they brought her to the bus and took turns to rape her. After committing the crime, they dumped her on the road, snatched her mobile phone and fled the spot.”

Once she gained consciousness, the girl started screaming and people gathered to help her. When she narrated what happened to her, she was taken to the police station to file a complaint. On Monday, the police have arrested the accused who lived in her building, a 19-year-old college student. The bus driver is still at large.

This entire incident is terrifying. It’s beyond clear now that women can’t and shouldn’t blindly trust anyone. Until the authorities take matters seriously, we are safe nowhere, not even in our own housing complexes.

A 15-Year-Old Girl Allegedly Raped By 16-Year-Old Boy. The Incident Was Not Reported Because They Feared Social Stigma