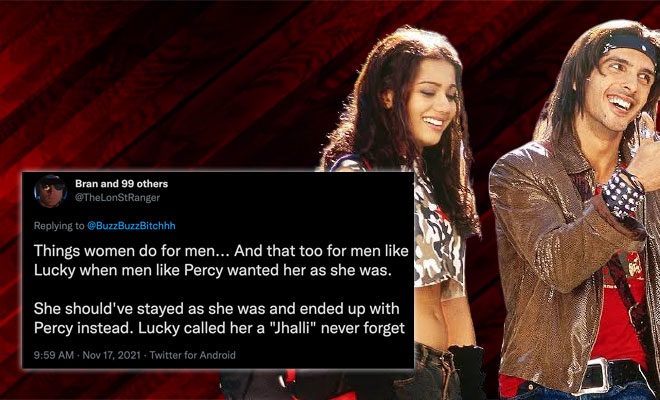 There are so many movie tropes that I just don’t get. Especially the one involving a woman to change who she is in order for some man to fall in love with her. I mean, how ridiculous is that? Why does she need to change her very being, her personality, her style, etc. for some man to love her? I know the rant might seem confusing, allow me to give you an example. Do you remember Anjali from Kuch Kuch Hota Hai? She was a tomboy that would win at basketball against Rahul and had her own cool style of dressing. I mean, do you remember those dungarees? They were a-ah-mazing! Well, not the point I was making. My point is that the writers did her makeover and turned her into a stereotypical feminine character. And it was only after that the hero, Rahul fell for her. Seriously? And it’s not just this one movie. Do you remember Amrita Rao as Sanjana from Main Hoon Na? Sanjana was the coolest badass in town and they stripped her off of her real self and turned her into a typical feminine character so that Lucky (played by Zayed Khan) could fall in love with her. What even? And after so many years, desi Twitter has realized that Sanjana deserved so much better than that Lucky, ew.

Fight me as much as you want, but Sanjana from Main Hoon Na rocked the kohl-smudged eyes, badass crop tops, and those skinny jeans. She was the girl that could kick anyone’s ass and look really hot doing it. But instead of getting guys falling all over her personality, the writers called her off as a jhalli and did her makeover so that she could get Lucky, the guy she loved, to fall for her. *facepalm* And now, years later desi netizens have realised that Sanjana deserved someone way better. 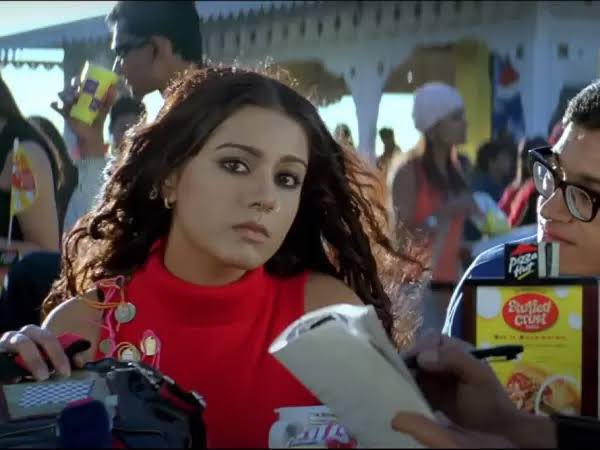 Twitter use @BuzzBuzzBitchhh made the observation first, followed by more people who tweeted that they believe that Sanjana deserved someone like Percy, who can love and accept her for the way she is, someone not like Lucky who loved her only when she had a makeover and changed herself for him:

Things women do for men… And that too for men like Lucky when men like Percy wanted her as she was.

She should've stayed as she was and ended up with Percy instead. Lucky called her a "Jhalli" never forget

and sanjana was so selfless tho, she went to miss chandni to do some makeup just for the one guy.. lucky was so lucky man.

Sanju tells Lucky she thinks Percy is a gem and 2 minutes later, doesn't even question Percy when he reluctantly dumps her so she can be with Lucky.

OH THE WAY THEY TAMED HER DOWN FOR HER TO BE LIKEABLE AND ACCEPTED BY A MAN WHO'S HAIR LOOKED LIKE A MOP 😭😭😭😭 https://t.co/VuvWsFsUoG

The fact that she changed herself for a trashy Douchebag who didn’t give a single F about her until she became “pretty” https://t.co/kJwAx3xVX2

They weren't ready for her https://t.co/v3SOwbTVsd

Love is a beautiful emotion that when shared multiplies. But that love first needs to be shared with yourself. Only when you love yourself can you love someone else. Moreover, you don’t need to change yourself like Sanjana from Main Hoon Na or Anjali from Kuch Kuch Hota Hai to make a guy fall in love with you. And these tweets from netizens are proof of just that.