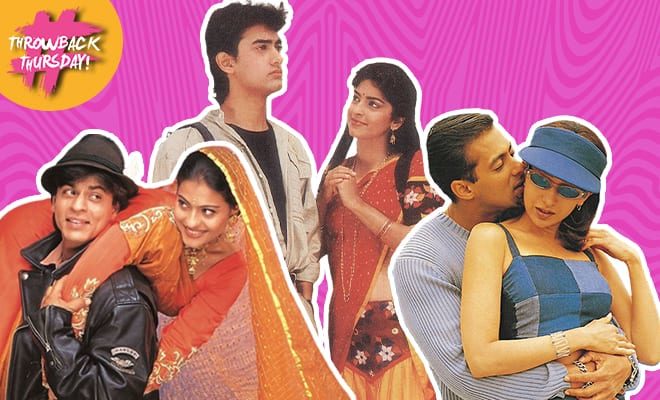 Throwback Thursday: Old Bollywood Movies That Have Us Craving A Travel Romance

Last year, I had been very cranky about not being able to travel, not being able to let my hair down and party. I know that in a pandemic, these things are not even close to being on the list of priorities and we should be happy to be alive. But our mental health did go for a toss due to a lack of social interaction and mobility. That’s the fundamental concept behind prisons after all! But this year, when I can’t even call it a wave because it feels like a tsunami of Covid, I am just grateful for having a job, an inflow of money, food and good health.

I am hoping to be alive to see the day when all of this is over and that things improve so our fellow humans don’t have to suffer so much.

Mental health is important too, and it is under threat at the moment due to the situation. It’s going for a toss and anxiety is becoming a way of living; often we are unaware of its existence because it’s just a part of us now. Several love stories blossomed in this pandemic; having a loving partner gave people the emotional strength and support to keep them going.

While pandemic stories of virtual romance are in abundance right now, I have been thinking about the blissful amalgamation of romance 90s Bollywood gave us. Travel and love makes for a feel-good film that helps you set on a journey from languishing to respite (even if temporary!).

I used to love this films as a child, in which the girl sets out on a trip and meets a guy that she will eventually fall for. There would be so many experiences they go through together – some adventure, some catastrophe, some romance! There’s just something about travelling together, I believe every couple should because it definitely helps you bond.

Here are 5 Bollywood movies that make travel romance sound like the fairytale we all need!

Back in the day, there were so many movies that showed family rivalry and how unfortunately, the youngest in line would fall in love with each other. Rajvir (Aamir Khan) and Rashmi (Juhi Chawla) belong to the families with more tension between them than India and Pakistan during a cricket match. But they are not aware of the situation so when they meet while on vacation, they fall in love. They get lost in a jungle, unable to find a way to get out. But who knew the duo would become thick in times of adversity-laced adventure?

Directed by Mahesh Bhatt and starring Aamir Khan and Pooja Bhatt in leading roles, this one was my childhood favourite. Pooja (Pooja Bhatt) is a rich man’s daughter who is in love with an actor much against her daddy’s wishes. So she runs away, by taking a bus to Bangalore. On the bus she meets an obnoxious journalist Raghu (Aamir Khan) who convinces her to give him an exclusive story on her so he can revive his drowning career. But they end up missing the bus when they halt at a stop and what follows is a series of adventures that brings them closer. They fall in love but wasn’t she heading off to meet her beau? Uh-oh!

No matter how many cringe-worthy aspects are shown in this film, we will never get over it. Yes, Raj (Shah Rukh Khan) was incredibly out of line and creepy in the train journey. Yes, Simran’s (Kajol) father was an extreme patriarch and her mother internalised misogyny. But oh, the exciting journey through Europe has my travel-thristy heart! Firstly, that running for the train scene when a handsome stranger offers his hand is just the kind of unrealistic romance every girl in the 90s dreamt of. Secondly, when they miss their train to Zurich, they get separated from their friends and end up taking a journey of their own – omg, what? So much fun! A month of Europe tour with bae, dancing on snow-capped Swiss mountains, visiting old Churches and making hay while sun shines? Yes please!

If you are one of those people who get cheap thrills from watching dumb AF comedies like Awaara Pagal Deewana, this one’s for you! It’s just so unrealistic and silly…it’s so bad that it’s good. Here Raj/Raju (Govinda) is a detective hired by his friend to collect evidence of his wife’s affairs while his wife recruits her friend Anjali (Rani Mukerji) because they share their names to do the same. There’s a lot of jumbling of identities and misunderstandings but amidst all that and the picturesque beauty of Europe, the duo fall in love! When I travel again. I want this.

ALSO READ: Men Reveal The Romantic Gestures Their Partners Did That They Cherish

Another movie for mindless fun that is so bad that it’s good. Raja and Sapna meet on a trip which the latter has taken after being over-protected by her three uncles all her life. She’s quite the princess because of that and Raja takes care of her throughout. When they miss the bus, when they have to share a room because poverty and all of that. But Raja and Sapna were supposed to meet in an arranged marriage setup. While Sapna was unaware of this, Raja planned the entire trip to get her to fall in love with him. Creepy, no?

ALSO READ: Men Reveal The Non-Negotiable Qualities They Seek In A Partner