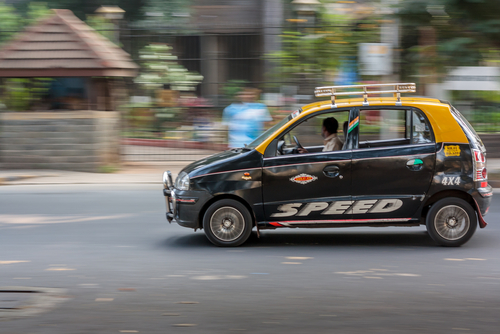 At a time when people all over the country are frantically looking for life saving resources for their loved ones who are suffering from COVID 19, it’s shameful that a few people still don’t understand the gravity of the situation. Ever since the second wave of the pandemic started ravaging the country, we’ve been hearing disturbing and shameful stories and instances of people mistreating COVID 19 patients and some for their own ulterior gain. Look at this woman from MP, for instance. She, allegedly, sent her 84-year-old COVID positive father-in-law all alone from Indore to Mumbai in a taxi without as much as informing her family members. This is practically inhumane.

Ashok Chaturvedi, an 84-year-old COVID positive patient was sent to Mumbai all alone in a taxi from Indore. This happened after he was forcibly discharged from the hospital. Reportedly, Ashok’s family members have blamed his daughter-in-law, Dipika Chaturvedi, for this gross mistreatment. They claim that she did all this to take over all of Ashok’s money. His elder daughter, Jyoti, who lives in Mumbai has had to struggle to get the registration number of the taxi Ashok is in since he hasn’t arrived in Mumbai yet and Dipika has cut all contact with them. What kind of barbaric behaviour is this?

Talking about this, Ashok’s younger daughter, Jaya, said, “He was admitted to a hospital and was getting treated for the coronavirus disease. Dipika sent him to Mumbai in this condition, without telling any of us. He is all alone, and not even tested negative for Covid-19.”

An 84-year-old #Covid positive patient was sent to Mumbai from Indore – all alone in a taxi – after he was forcibly discharged from the hospitalhttps://t.co/c81e93Vbh4

Also Read: A Pregnant Doctor In Jalandhar Continues To Discharge Her Duties As The Nodal Officer At A Hospital Treating Covid

Ashok’s two daughters alleged that Dipika convinced him to leave his native place, Ghazipur in Uttar Pradesh, to move to Indore without anyone’s consent. In Indore, Ashok was mistreated. A while after he moved, Ashok got sick and after much pressure, Dipika finally admitted the 84-year-old to Noble Hospital.

Jaya said, “Dipika got him discharged within three days without even my father receiving proper care. He later tested Covid-positive and we had to intervene to get him admitted to Mahatma Gandhi Hospital.” Further adding, “An 84-year-old man is now sent all alone in a taxi from Indore to Mumbai travelling for 16 hours being Covid positive without informing anybody from the family.”

Both, Jaya and Jyoti are claiming that Dipkia has seized all their father’s money and they don’t know how or when it has been spent. They also say that Dipika’s mother and sister are involved in this inhumane act as well. Hence, Ashok’s two daughters have decided to go to the police and file a complaint, as they should.

We are living in unprecedented times and right now there is nothing more vital than taking care of loved ones. What happened here is just shameful and we hope appropriate legal action is taken if it’s proved that Dipika did the things she has been accused of.

In Himachal, A COVID Positive Woman Forced To Live In A Taxi With Son After Her Landlord Refused To Let Them In