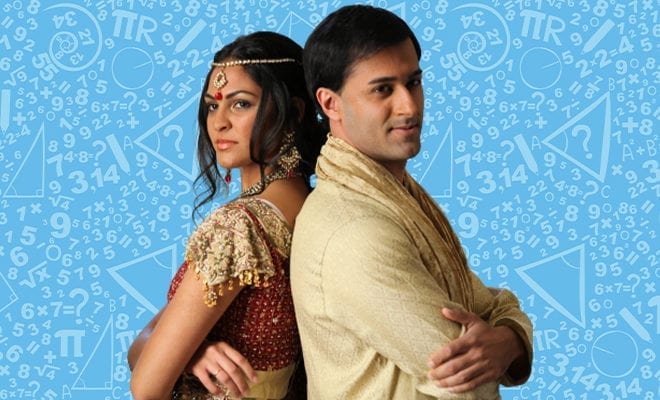 Like most girls, I have thought long and hard about what qualities I want in the man I marry. He has to be kind, respectful, funny and stable in every way. However, above all that he needs to be loyal and trustworthy. It’s not too much to ask for, is it? Every woman has more or less the same criteria. And because we’ve been walked over so many times, our intuitions are sharp as a tack. Look at this woman from Uttar Pradesh for instance. She suspected that her to be husband was lying to her about his education. So she devised a clever albeit bizarre plan to draw out the truth at the wedding and it worked!

On Saturday, this groom reached his wedding venue with his baarat all set to get married. Little did he know that his bride-to-be had other plans altogether. You see, the bride was suspicious that this man and his family had lied to her about how educated he is. Hence, when his baarat arrived, before they exchanged garlands, she asked him to recite the table of two. Something most people learn in the fourth grade.

The groom, much to everyone’s surprise, failed. He didn’t know the two times table. This is just appalling. You can be uneducated, most of our country is, but why lie about it? The bride refused to marry a man who doesn’t even know the basics of mathematics. And no matter how much her friends and family tried to convince her, she was adamant. Can you blame her? This man not only lied to her but is also grossly uneducated. According to reports, the wedding was finally called off mutually after prominent citizens of the village intervened and no one was arrested.

Woman calls off marriage as groom fails to recite table of 2 before garlands are exchanged https://t.co/1RN5GsBitB..

Also Read: Madya Pradesh Cop To Give Dinner Treat To The Couples Who Host Weddings With 10 Or Fewer Guests

I strongly believe that the groom had it coming. There isn’t an age limit to education. You can start whenever. But there is justification for the big fat lie. However, we loved how the bride handled the situation. She stood up for herself and stood her ground. Now that is a quality all women should have.

GET HAUTERFLY IN YOUR INBOX!
Related ItemsFeaturedWeddingbrideTrendingSchooleducationMathematicianUPgroommathematicsbride calls off wedding